If you’re building an enormous Iron Man Hulkbuster suit at home, like XRobots’ James Bruton, you’re going to need a Unibeam repulsion weapon, to tie it all together.  Though Bruton’s suit is a bit more intensive than your average cosplay outfit, this glowing Arc Reactor designed by Adafruit’s Noe and Pedro Ruiz could be the 3D printed heart of any Iron Man Halloween costume this year.  All it takes is a 3D printer, a NeoPixel 16x Ring and 24x Ring, a NeoPixel Sheet, a Gemma microcontroller, and a few extra parts. 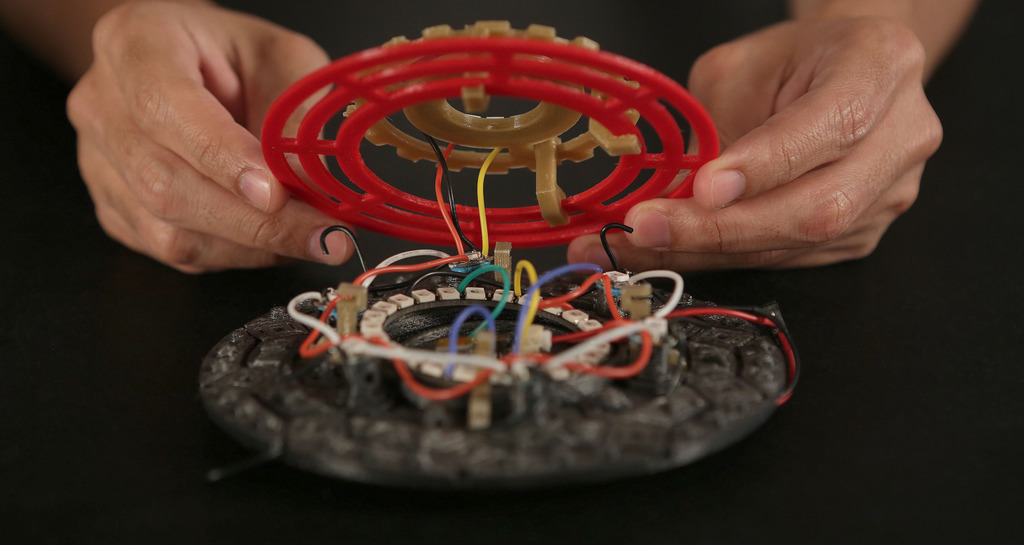 The build for the Unibeam itself is pretty simple.  The 16x NeoPixel ring is placed inside of the 24x ring, which are attached to a few 3D printed parts, which take about 4 hours to print in total.  To create the printed pieces, the Ruiz Bros used Illustrator to draw up a unique design, which was then imported into 123D Design as an .svg file. Individual LEDs from the NeoPixel sheet are placed at aesthetically appealing points around the printed prop. 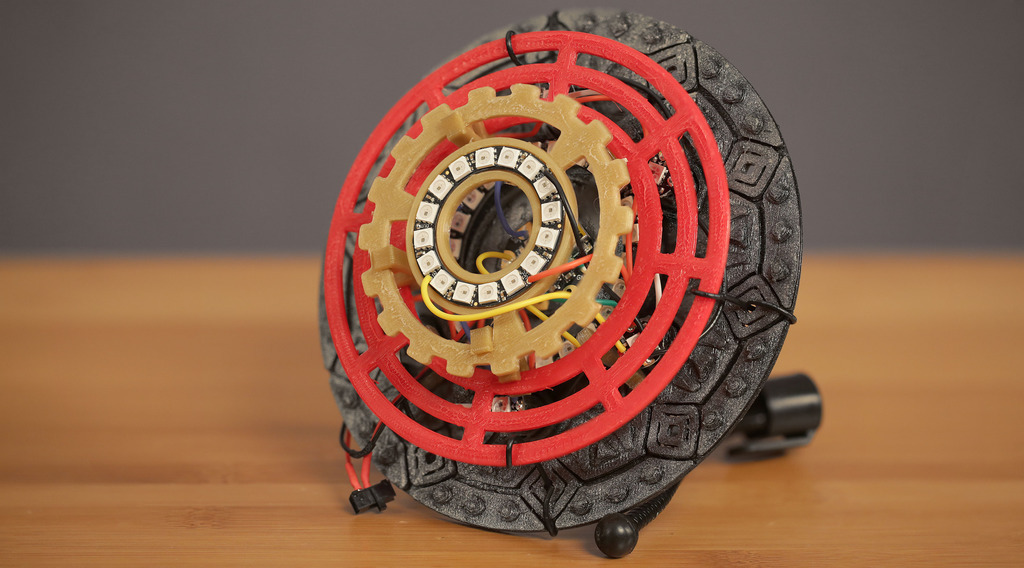 The wires for the lights are soldered to the Gemma and everything is snapped together using some of the Ruiz Bros’ 3D printed clips or with some 30 gauge wire.  The brothers have also been nice enough to provide an Arduino sketch for making your Unibeam/Arc Reactor light up the night’s sky. You can watch Noe and Pedro discuss the build in the video below:

James Bruton‘s build is a bit more complex and should only be attempted by the rich and idle, or those with sponsors.  The Hulkbuster uses 3D printed parts, along with foam, silver plywood, and joysticks to make for a giant mech suit with opening panels and electronically controlled arms.  Bruton’s not quite finished with his project yet, but judging by its progress and his previous Iron Man suit, it’s going to be pretty awesome!  Here’s Bruton explaining the installation of the 3D printed Unibeam from his, currently, 16-part series: