The first batch of Studio Systems were shipped December 2017 and Production Systems are scheduled to follow late 2018.

In the last year the company also raised over $45 million in funding, making it one of the 3D printing industry’s unicorns with a value of over $1 billion.

A commitment to technology

Desktop Metal prides itself on producing the “first office-friendly” metal 3D printing solution (The Studio System) and credits its Production System is credited as “the only 3D printing system for mass production of high resolution parts.”

Jonah Myerberg, Chief Technology Officer and Co-founder of Desktop Metal says, “As a company driven by invention, we are committed to both innovating and protecting our technology through strategic intellectual property achievements.”

By effectively enabling multimaterial 3D printing, the company has the edge over other metal 3D printing process. Myerberg adds, “Traditional laser powder bed methods for metal additive manufacturing (AM) are restricted to single materials and are both difficult and costly to implement.” 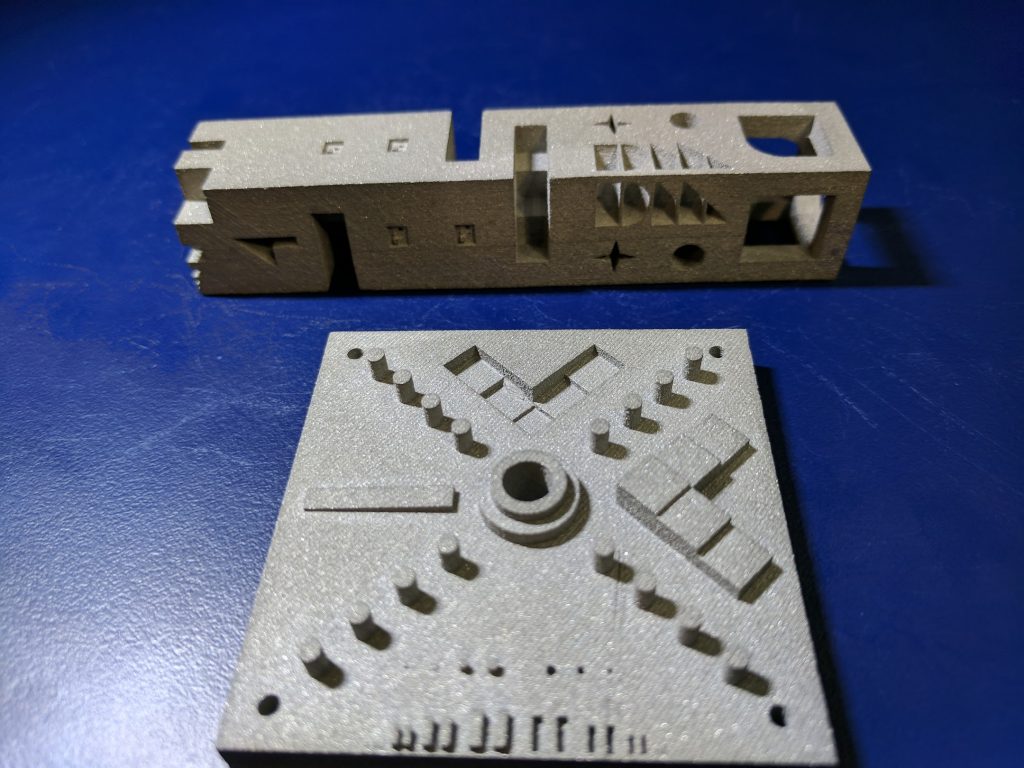 3D printed metal post-processing has never been so easy

The two new documents add to an existing archive of pending patents for over 200 hundred Desktop Metal inventions, included several others relating to support layer technology.

Made using a method of binder jet 3D printing, Desktop Metal parts are essentially sprayed layer by layer onto the print bed using a MIM powder based ink.

At the points where pieces need to be removed (e.g. to define part geometry or remove from the prinbed) metal is swapped for another, specially-formulated ink that dissolves when sintered in a furnace.

As a result, parts can easily be removed by hand. Myerberg adds,

“We believe the benefit of this technology covered by the patents will enable substantially increased adoption of metal AM.”