David the Pellet 3D Printer is Live on Kickstarter

After much build-up, David, the pellet printer from Sculptify, has launched his Kickstarter campaign. With many pre-release news, we learned that David will run directly on pellets, instead of filament, to reduce material costs and increase material purity. Like a tapletop coffee drip, users can pour pellets, of varying materials, into David’s hopper and make a 3D print. Now that the printer is live on Kickstarter, with a funding goal of $100,000, we’re learning even more about him.

One of the most vital facts we learn about the little feller is his pricetag, which is set at $3,195, but early bird customers can buy him up for $2,745. Though the price may seem high, in comparison to other desktop 3D printers and even the newer MakerBot Replicators, Sculptify believes that, by saving money on 3D printing materials, the price will be worth it in the long run. 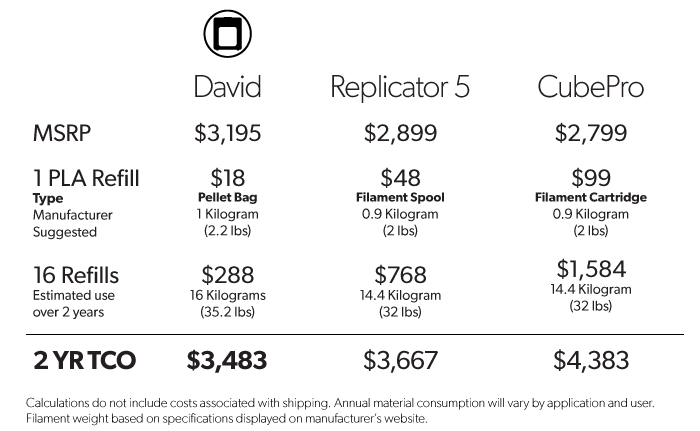 With a heated print bed, automatic bed calibration, and a print volume of 20w x 22d x 18.5h cm (7.8in x 8.6in x 7.3in), David will run open source software to 3D print a wide variety of materials.  The company has suggested that, by cutting out the filament, David is capable of handling such materials as ABS, PLA, Nylon, high-density polyethylene, ethylene vinyl acetate (EVA), thermoplastic polyurethane (TPU), high impact polystyrene, polycarbonate, and wood composites.  Of those materials, ABS, PLA, TPU, and EVA are available for pre-order on the Kickstarter, while the rest are still in the optimization phases. 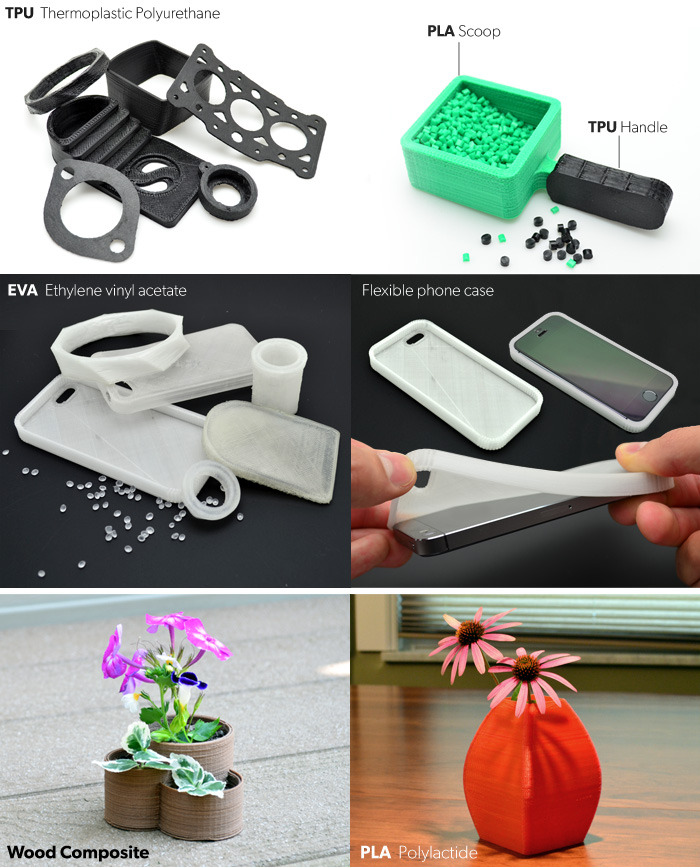 David seems like he might be quite a capable guy.  His range of materials looks as though it will be impressive and, by breaking down things like milk jugs and plastic forks, it might be possible to use David to 3D print with recylced materials.  Sculptify CEO Slade Simpson told us, in our last coverage of the printer, that the company is definitely keeping recycled materials in mind when working on David (for his full quote, see our last post on the subject):

We have done a few trials of recycling parts in-house, and for all intents and purposes, it’s completely feasible. Since most (if not all) of the materials that David will ever print will be thermoplastic polymers, they can be printed and reprinted over and over, with the only limit being the degradation of the material. In theory, you could print a part, use it for a while, then grind it, and reprint it. This could potentially go far beyond David just printing recycled materials (like the new 3D Systems machine) – he could, practically speaking, reuse the same material over and over, until contamination/degradation becomes an issue – let’s see Will.I.Am do that.

It seems that the Kickstarter community is already pretty impressed with David, too.  In the time I’ve spent writing this, the campaign shot up from $3,000 to $10,000.  If you’re interested in knowing more, watch the KS video below and/or head over to their campaign page.