An FDM extruder, which is sized similar to a normal part but has a dual-head, or, doubling it down with a quad-head fitted into a space currently only seen to boast two heads; and if such a part was applicable to all open-source 3D printers and provided the users with high quality results?  With this project, Dglass 3D — aka D3D — are promising just this and to bring the industrial-slash-pro grade tech to the consumer market. It’s a bold move for a part that is often viewed as a value-adding element in the consumer electronics field, but rarely actually carries its own weight. So have these guys — Carl and Brian Douglass — been able to pull it off? 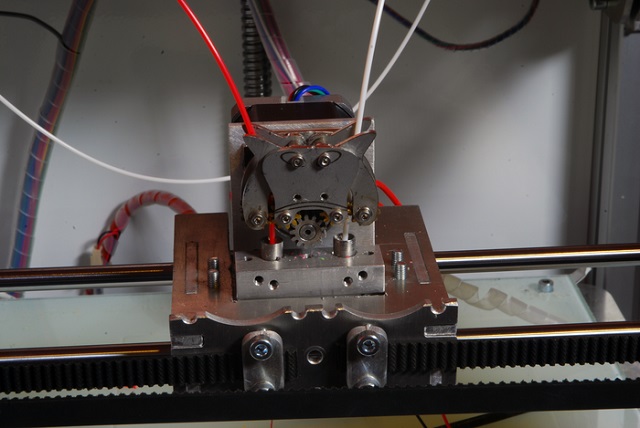 At least ambition-wise, D3D – a name suitable even for a future NYSE listing – they’re on the right track. Besides working on the dual and quad extruder heads, D3D are also developing their own extruder and a line of 3D printers. The fundamental incentive to push the limits of current 3D printing tech came through the Douglass’ personal – somewhat disappointing – experience with the 3D printer they acquired. The conclusion of the tech limiting their imaginative skills and thus the results and not vice versa – a thought familiar to probably everybody that’s ever worked with a 3D printer – encouraged them to develop the new extruder heads to more easily create multi-coloured objects with 1.75mm filament without limiting the print size.

The process evolved with a few key observations and ideas on how to create the ultimate extruder head. Watch the below video for a more technical explanation on the iterations of the process.

Even though D3D is eager to emphasize their dual/quad extruder head will be in the open-source world, the design itself is currently in a patent pending phase. The company explains this decision with the threat of  “larger companies stepping in to restrict the use of technologies and limit the progress and innovation we all want to be apart of,” but one can’t help but think that this will inevitably limit at least some of the adaptability and the modifiability potential of the extruder head design in the able hands of an innovative 3DP-enthusiastic maker. Nevertheless, D3D seems to be very open to various comments and suggestions that have emerged on their campaign site, so the future might not look too bleak even for the most purist open-source evangelists looking for a tweakable double head solution for their 3D printers. 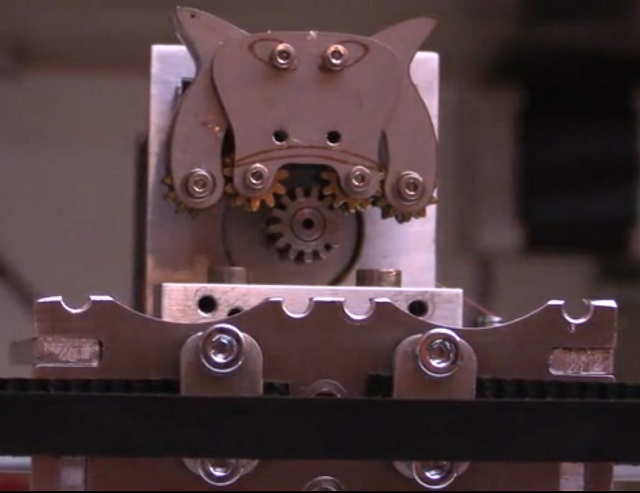 Timing-wise the Kickstarter funding round – currently at $8,262/$25k – will end on September 13th and the first unassembled kits are scheduled to ship on December 2 with the assembled shipping shortly after. The recipients of these shipments have had to dig into their wallets with D3D’s pledging levels for different packages ranging from $173 upwards for the sets containing an actual extruder head. Operating mainly locally, the component manufacturers as well as the firmware devs play a large role in guaranteeing the aforementioned timing, but funding-wise D3D seems to be on its way to completion.

Last, but definitely not least, tackling the fundamental question – is this actually a reasonably priced pro-grade dual/quad head solution for the 3D printing consumer market? Even though one of their Kickstarter videos includes a demonstration of the extruder head system functioning, without seeing actual results – of objects fully 3D printed with D3D’s system – it remains to be seen. Hopefully we’ll also see an illustrative update on this as well on their site before the end of the campaign.