The 3D printer, such a revolutionary machine… many say that it will empower and free designers. But, seriously, what is going to really happen if a whole bunch of professional designers and highly dexterous people meet a 3D printer? What Mr. Ahn Chang Hyun is doing seems to answer that question perfectly.

During the last four days of this past February, there was a ‘Creation Factory’ exhibition that showcased the outputs of a ‘FUTURE FAB. CREATOR’ hosted by the Seoul Metropolitan Government, the Seoul Creative Lab, and Seoul Business Agency. Mr. Ahn Chang Hyun and his crew planned the entire event, starting with the selection of 30 participants out of hundreds, and educating them intensively for 105 hours over the course of slightly less than two months. Finally, they exhibited the participants’ outputs to demonstrate what can happen when designers and creators in different sectors meet 3D printers to create stuff. 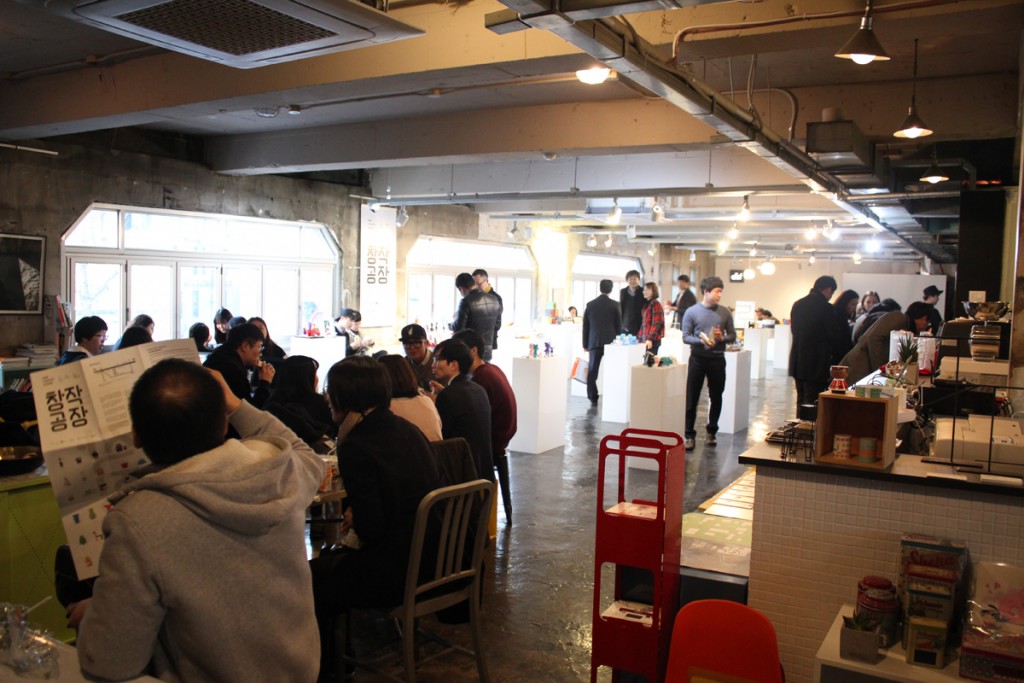 For this project, the 30 participants were comprised of students, professional designers, or job seekers, all of whose backgrounds include expertise or experience with designs. Mr. Ahn conducted his classes in a manner that seemed unconventional from other existing 3D printing classes here in Korea. First, the lecturers would help the participants plan their projects and products. Once the contents were decided, the students designed their projects while learning 3D design software and instructions for 3D printers. After they had turned their ideas into tangible products, they were then taught how to brand what they created, applying themes and identities to their creations, helping them to commercialize their outputs.

Out of the classroom, students fully utilized a “MooHanSangSangSil”, a Korean-version hackerspace supported by the government. Here they worked on branding, included establishing an identity for either their product or the firms that they belonged to and crafted their products’ images. In actualizing their products, the 3D printer was the main tool, followed by CNC machines, and laser cutters. 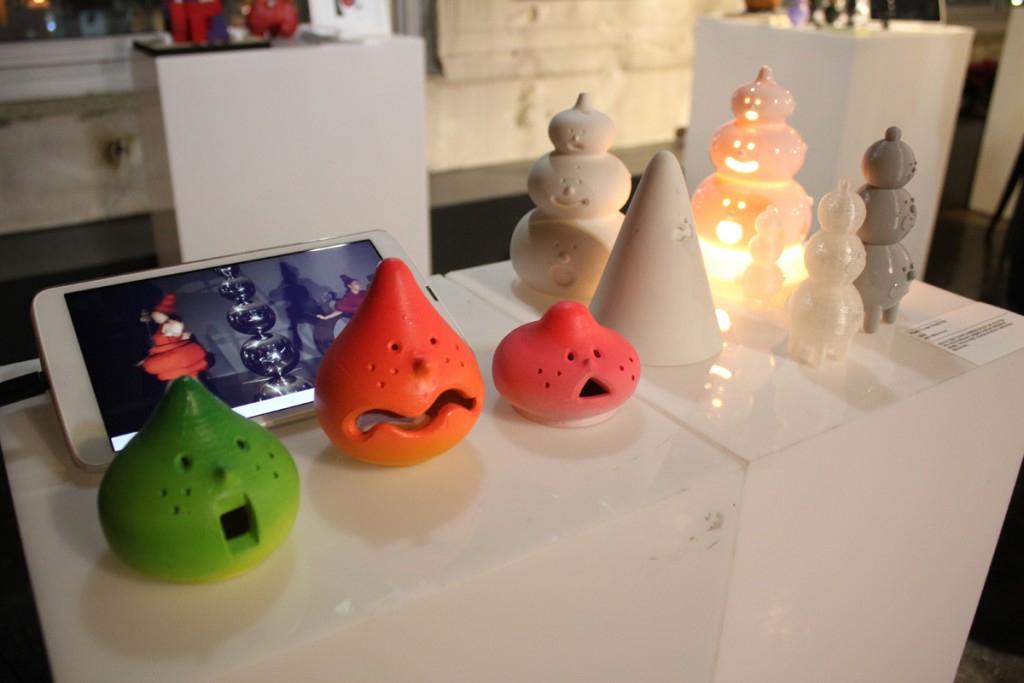 Mr. Ahn, as I found out, is the CEO of The Booster Co., Ltd., which was established in 2010. Under the mission to create innovative programs where creators and designers can keep innovating and expressing new ideas, Mr. Ahn is developing a variety of creative educational programs for those in digital media, industrial design, and digital fabrication. In this mission, the ‘FUTURE FAB. CREATOR’ program shows well where The Booster Company is heading.

It is not that Mr. Ahn started a company thinking to take advantage of 3D printers. He himself had been a designer for a long time. During that time, he knew about 3D printers, but realized that not many designers were familiar with the technology, except for product design experts. As he watched the Korean 3D printing industry develop, he realized that machines were improving bit by bit, but designs were not. In turn, Mr. Ahn saw opportunities there. He knew that there were designers who either had quality products, or were capable of creating spectacular products. He decided to ‘boost’ (the inspiration for his company’s name ‘The Booster’) designers and create some synergy for all of us.

Students seemed highly satisfied with the class. Many did not have much experience with 3D printers, but now they knew that they could create ‘real’ products based on their ideas. The students did a trial print in their hackerspaces, but, for their final products, they turned to Gluck, a professional Korean printing service provider, to do their final printing. 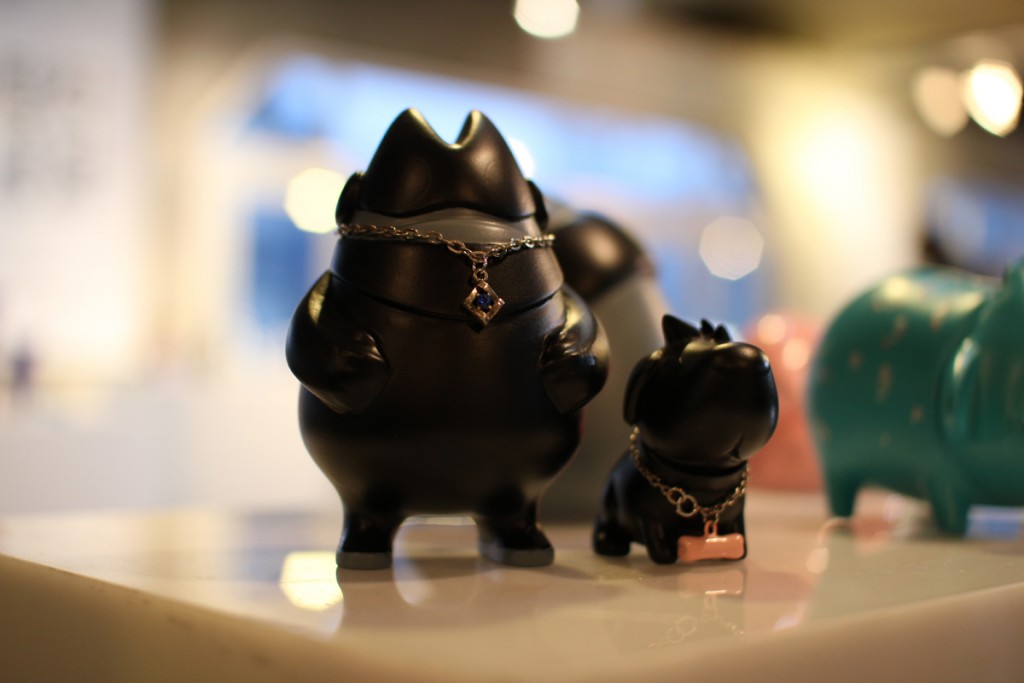 The ‘Creation Factory’ exhibition ran from the 24th of February to the 26th in a location called ‘SPACE HANNAM’, in the Itaewon district of Seoul. More than two-thirds of the participants of the project showcased their designs. Thanks to Mr. Ahn’s guide, I was able to look around the finished products in a good amount of detail. Each table was dedicated to a specific theme and carried messages for the five to ten items displayed on them. Some questioned the nature of given products, for example, tweaking the purpose of a chair. One woman who was fond of puppies, made items that supported older dogs, both physically and mentally, delivering inspirational messages for them. There was also an educational board game created by a mom for her son to encourage him to learn the Korean language. Translated to English, the game was called ‘alphabet village’. 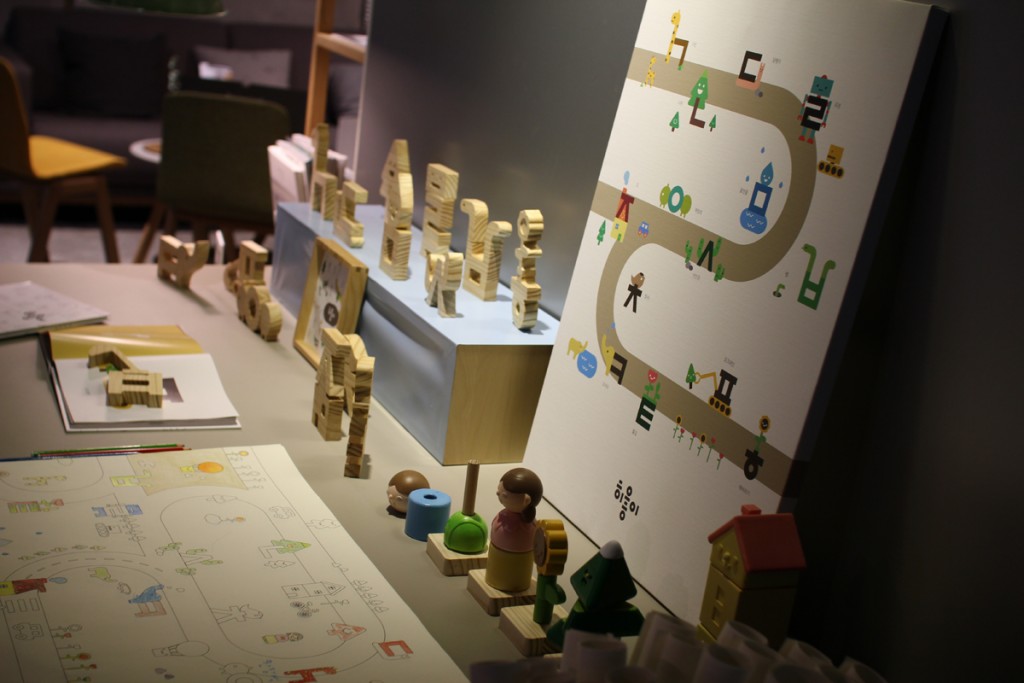 I saw many great items, too many to mention here, but there were other really great works that impressed me, almost all of them good enough to head right to market. (At least, many of the exhibition’s attendees claimed to be willing to pay for them).

In one corner there were two Moment 3D printers busily printing stuff. Moment, who our readers may be familiar with, turned out to be one of the three main sponsors of the event, with the other two being Gluck and ADDLIP+ (the event’s venue). Mr. Ahn said, “Moment offered to sponsor our show and we accepted it. What designers need is a 3D printer that is easy-to-use and shows a high standard of quality because, as designers focus on their job, they cannot pay too much attention to the machines. What they need is a 3D printer that they can just hit the button and the product comes out. In this light, most FDM printers seem to have limitations. As much as the limitations of FDM printers may be, Moment 3D printers seem to need much less care compared to other printers. It is a plug-and-go 3D printer that shows less failure rates so that designers can focus on their work.” 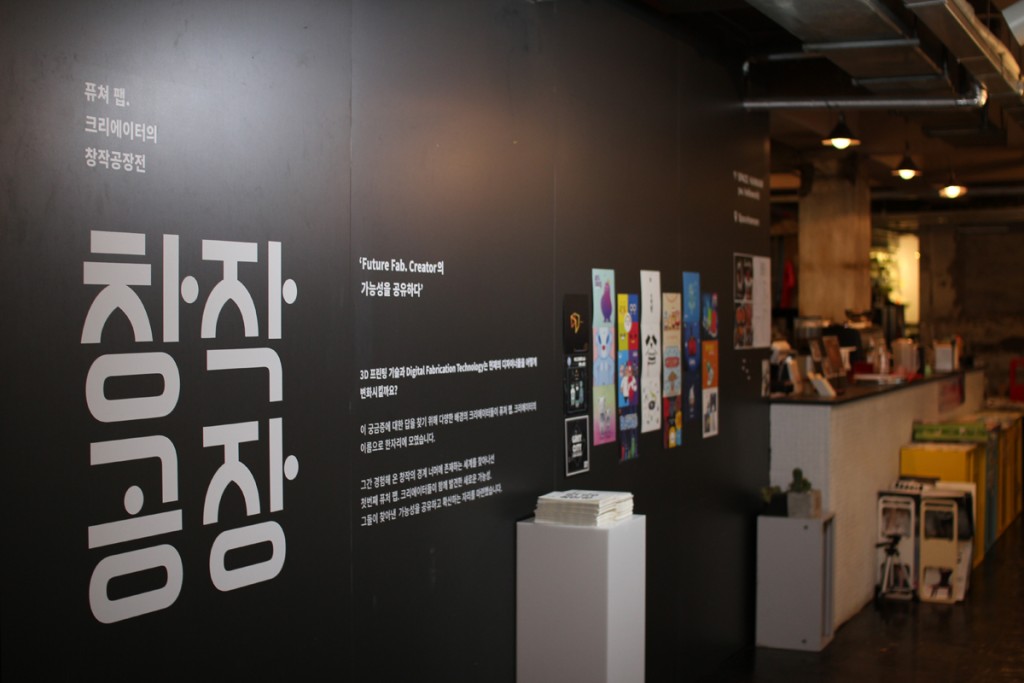 Mr. Ahn also commented on the Korean 3D printing industry, “We are a bit of a second mover and it is hard to find a stable firm, apart from FDM 3D printer manufacturers. The printing service companies available are not always good enough to provide the quality that we want. So many designers prefer to use i.materialise and Shapeways, when doing their printing for other exhibitions.”

For the next exhibition of ‘Creation Factory’, Mr. Ahn said that there are several issues that need to be discussed with sponsors and the local office. But The Booster members expect that such a program plays an important role in four ways: activating one-person start-ups, establishing business models based on digital fabrication, securing creators’ competitiveness by obtaining intellectual property, and creating programs for convergent creators. I am sure that The Booster’s program will accommodate the diversity of the world, and will bring more fair opportunities for ‘suitable’ people…that is, anyone interested in design.