Ahead of their physical unveiling at Euromold this week 3D Systems has revealed two of its new 3D printing developments — the ProJet® 4500 3D printer and  the ProJet® 5500X. 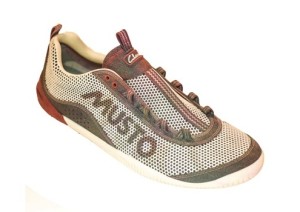 The company claims that the ProJet 4500 is the first and only continuous-tone, full-colour plastic 3D printer available on the market: a “category-defining 3D printer [that] delivers ready-to-use vibrant, full-colour durable plastic parts straight out of the printer for a wide range of modelling, functional prototyping and real-use products.” Indeed, the ProJet 4500 builds on 3DSystems’ p ColorJet Printing (CJP) technology platform (from its ZCorp acquisition) and utilises a new class of sustainable VisiJet® C4 Spectrum materials — no doubt to compete with the sustainable colour options of the other full colour process from Mcor.

Further information from the company on this 3D printer includes the fact that it “delivers strong semi-rigid parts, pixel-by-pixel, straight out of the printer, in high-resolution, pantone-like colour with a superior surface finish. Safe for office, easy-to-use, sustainable to operate and fast to print on, the ProJet 4500 is economical and comes with fully integrated material recycling for greater yield and better total material usage.”

I’m heading to Frankfurt really REALLY early tomorrow morning, so I’ll get up close to this one and I will ask about the “pixel by pixel” claim, as well as asking exactly what “pantone-like” means. You’d also need a pretty big office to accommodate this size of 3D printer! That said, the black box aesthetic of the system does fit in with the now extensive ProJet range, which is a nice contrast with the models it is capable of producing: 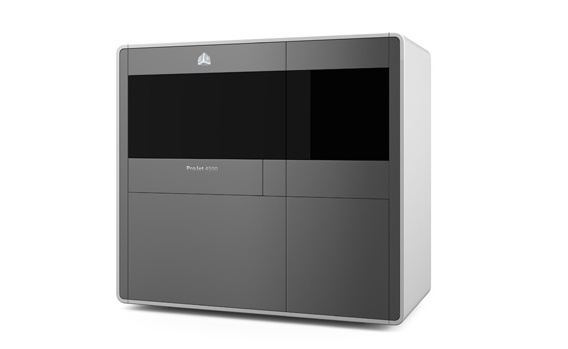 The second high end 3D printer announced by 3D Systems is also in the ProJetrange — and again, the focus is on the materials. The ProJet 5500X is denoted as “a ground-breaking engineered composite materials 3D printer that delivers the highest quality, most accurate and toughest multi-material composites based on its latest MultiJet Printing (MJP) technology.” This is competing directly with Stratasys’ Objet Connex platforms. With another pixel reference, 3D Systems says: “The ProJet 5500X simultaneously prints and fuses together flexible and rigid material composites, layer-by-layer at the pixel level, in a variety of colours and shades including opaque, clear, black or white and numerous shades of gray.” 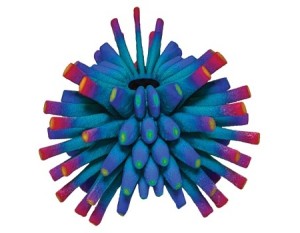 Courtesy of an industrial-grade print head, 3D Systems claims the ProJet 5500X prints up to two times faster than any other printer in its class, and produces more than 60% larger volume than all other comparable systems, producing larger parts up to half a meter long, or more parts per print job.

I will be looking to verify exactly how this compares with the Connex 1000, which has a build volume with 1m in the x-axis. The 3D Systems vs Stratasys battle seems to be hotting up in the 3D printing sector, so it’s important not to get lost in the marketing side-swipes at each other. The latest of which seems to be: “3DS invented MJP printers and was the first to commercialize it in 1996. Today its MJP printers are the company’s best-selling category for the most demanding design-to-manufacturing applications for aerospace, automotive, jewellery, patient-specific medical device and a variety of mechatronic and investment casting companies worldwide.”

Regardless of the war of the 3D printing giants, these two new 3D printers from 3D Systems, are reportedly two of a dozen new products” to be introduced at Euromold this week.