Texas-based ClearCorrect was set up by dentists to provide industry leading, cost-effective tooth alignment systems to the dental and orthodontic industry. The company’s ClearCorrect invisible braces are a 3D printed, custom made, precise, transparent series of aligners that dentists and orthodontists fit to patients’ teeth over the course of treatment. The aligners are worn all the time and because of the exact fit and transparency, they are barely noticeable in day-to-day usage. 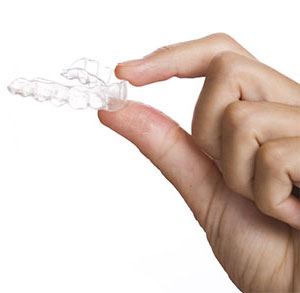 ClearCorrect’s tooth aligners are printed in one of the most advanced digital production centres in the US. The Houston, Texas facility is fitted with a large number of ultrafine Objet Eden-line 3D Printing Systems. Having previously seen massive improvements to production time and lower costs with their investments in 3D printing products, ClearCorrect has decided to significantly scale the number of Objet-line 3D Printing Systems it has onsite.

Spurred on by lower production costs, the company will increase capacity by 30% allowing ClearCorrect to improve efficiency and responsiveness in the manufacturing process, which in turn will allow them to produce bespoke tooth aligners on a much larger scale.

Jarrett Pumphrey, CEO of ClearCorrect commented: “The Objet Eden 3D Printers are pivotal to ClearCorrect in the competitive environment we operate in. Increasing revenue and substantial growth continues to be fuelled by our focus on digital production, enabled by Stratasys’ Objet-line 3D Printers.

ClearCorrect’s aligners are yet another clear example of 3d printed products at the core of a commercial operation, driving business and increasing profits.