The Electronic Frontier Foundation (EFF) in the US has let it be know that it has identified — and challenged — six pending patent applications that, if granted, it considers would particularly threaten the growing field of 3D printing technology. The EFF believes that these patents are “dangerous”, specifically in terms of suppressing innovation around 3D printing technology and therefore wants to protect the diverse, exciting uses of it as it grows in popularity and uptake across hobbyist communities as well as large-scale, high-quality industrial applications.

The challenge to these patents has been undertaken as a result of ‘a new provision of the patent law that allows third parties to easily challenge patent applications while those applications are still pending.’ Even though it can be difficult to identify patent applications that threaten digital freedoms and innovation within the window of opportunity as legislated, not to mention gather and present the opposing information, the EFF remains undeterred in its mission. By partnering with the Cyberlaw Clinic at Harvard’s Berkman Center for Internet and Society and Ask Patents as well as the public at large, EFF pulled it off and has submitted objections to the Patent Office against the following six patent applications:

The objections have been accepted, but only time will tell if they have any impact on whether the patents are granted or not. 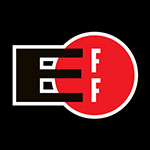