Maketopolis is coming! You may be thinking to yourself, “What on God’s green, brown, blue, ad infinitum Earth is Maketopolis?” And you’d be reasonable to ask because, until recently, there was no such thing as Maketopolis. The first ever Maketopolis will be taking place this March 1 in Tuscon, Arizona! 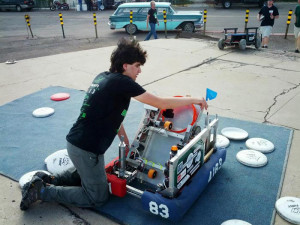 Maketopolis is the result of a partnership between two Tuscon hackerspaces, Xerocraft Hackerspace and Maker House. The former is the city’s first hackerspace, established in 2011, and the latter is a newer Makerspace backed by the artisan Makers of artfire.com. The two have teamed up to bring together members of the local Maker community with a day-long fair devoted to art, crafts and technology. Exhibitors will be able to take their innovative projects from the privacy of their garages and display them for the whole town to see. This includes, according to the Maketopolis website: “stomp rockets, robots, steampunk, 3D scanning and printing, woodworking, quadcopters, little free library boxes, electronics, welding, textile arts, LEDs, costuming, and polymer modeling.”  he event will feature everyone from local steampunks and the public library to robotics engineers and the Women’s-Trans-Femme (WTF) group.

What’s particularly appealing, to a cheapskate like me, is how affordable the tickets and exhibition fees are. For only $15, you can demonstrate at your own booth. For larger and better equipped booths, the prices go up to about $200, but after attending CES, where some exhibitors spent more than $100k on their demo areas, $200 is an extremely reasonable price.  And if you’re dead broke, you can apply for a scholarship to show through the Maketopolis website. Without a project to show off? Attendance for the general public is free, and booth space if someone wants to be an exhibitor is $15. The proceeds of the event go to the actual production of Maketopolis itself and, if there is a surplus of dough, Maketopolises in the future.

Seeing the rise of maker faires independent of Maker Faire makes me hopeful for the day one shows up in my town. If that day doesn’t come soon, I may have to Make one myself!