With that rather bold statement in a room full of 3D printing industry professionals, Kowalski set the tone for his speech at the Inside 3D Printing Santa Clara show before laying out the entire premise of the new Autodesk 3D printing platform and workflow, Spark. He also named the new Autodesk light-curing resin 3D printer “Ember” and announced that both the Spark software and the Ember hardware will be completely open source. 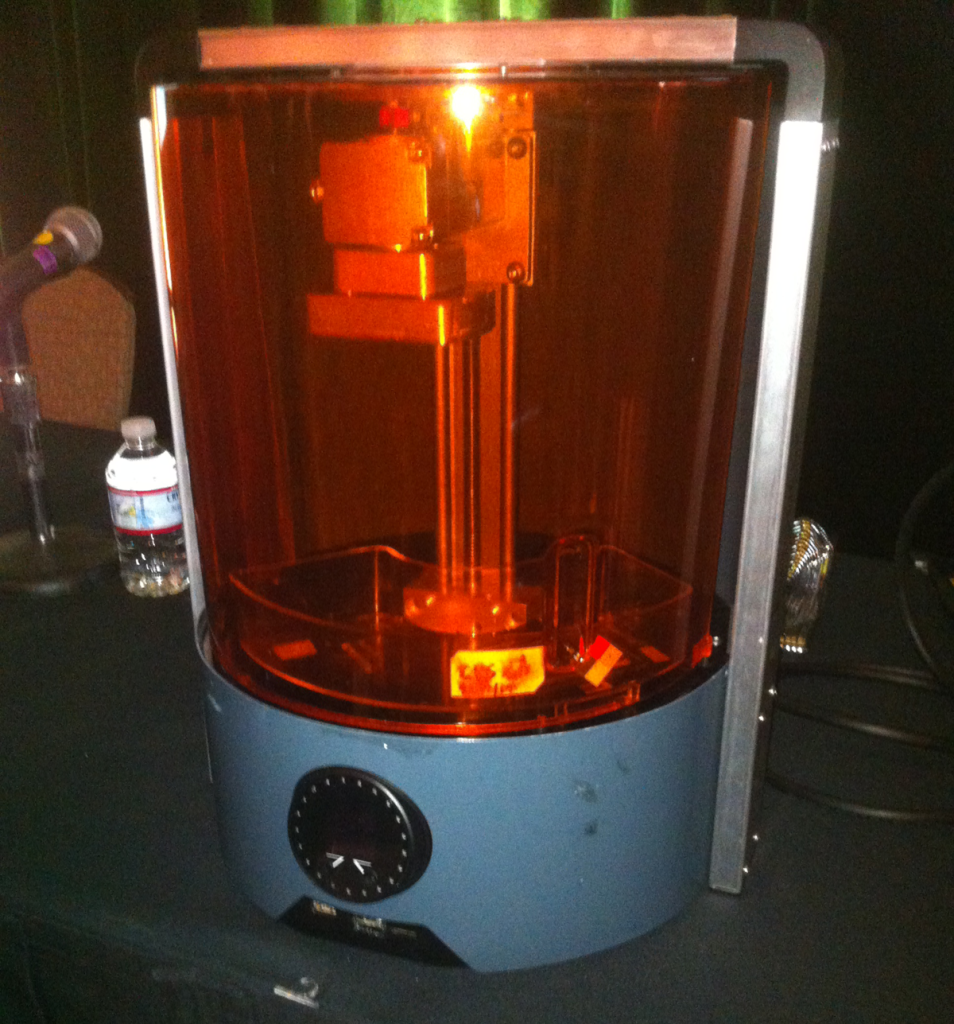 As the Senior Vice President and Chief Technology Officer of Autodesk, Jeff Kowalski is on the shortlist of people who can change the entire direction of the industry with just one speech, and that was clearly his intent. In his thirty minute talk, Kowalski made his feelings about FDM 3D printing rather clear with a bit of sarcasm and wit. While using rather common 3D printing buzzwords about how great the process was, he showed slides of a series of failed prints and embarrassing printer errors. He specifically called out the ridiculously high failure rate – between 25 to 70% in some cases – that many 3D printers suffer from. Basically, he didn’t just point out the elephant in the room, he shot it and mounted it on his wall.

His list of five lamentations read like a laundry list of problems that enthusiastic makers, manufacturers and early adopters like to dance around. The first was the quality of prints and materials that are restricted to what can be extruded. Kowalski doesn’t want to see material companies talking about what printers can make from their materials; he wants them to talk about what possible materials they can make that couldn’t exist outside of the 3D printer. He also had little love for the actual process of 3D printing itself.

“Why are so many 3D printers transparent? So you can watch your print fail.”

He actually made that joke. And as with most good jokes, there is enough truth in it to be a little uncomfortable. He feels like the industry sometimes focuses on the wrong things. He doesn’t want to hear about what 3D printer you have; he wants to know what you 3D printed. He doesn’t want a camera in his printer; he just wants it to work without the need to watch it. He feels that the 3D printing workflow is old and outdated and that it squanders the potential of 3D printing by focusing on things that shouldn’t – and probably don’t – matter to the average person.

Kowalski is also pretty adamant that 3D printing has the wrong target. He feels like the 3D printing industry is happy focusing on prototyping, but not looking forward to end-use products and parts enough. All of that leads up to his real problem, and that’s the market itself. He feels that it is prematurely mature, and the mindset of many 3D printer manufacturers is stifling to innovation. He pretty blatantly called out companies who make filament cartridges with chips so that only their official filament will work on their printer. He didn’t say a name, but we all know who he was talking about.

“We’re not done innovating yet” 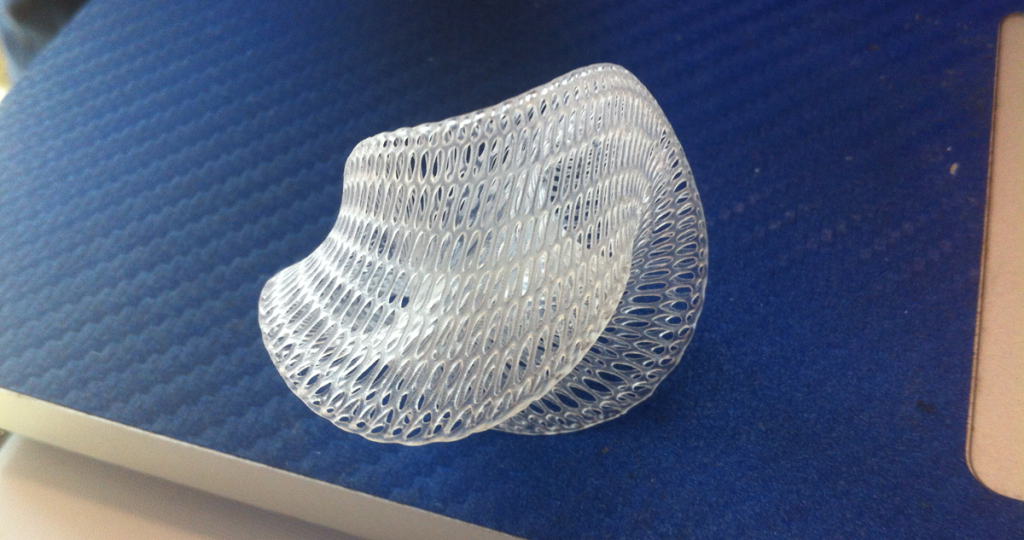 From here he went into Spark, which will be an entirely open sourced 3D printing platform and workflow. Similar to Android, Spark will work in its native form, or can be enhanced and built on top of by licensed partners. Not only does that take the pressure off of 3D printer manufacturers to build their own operating system – a challenge even successful companies tend to fail at – by allowing them to license Spark, but it means that as Autodesk improves the Spark workflow, any 3D printer that uses it could potentially also benefit from those updates. 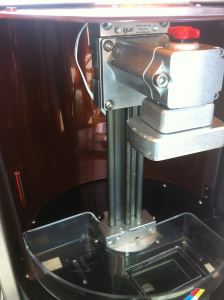 And then there was Ember, the new 3D printer being released to demonstrate what Spark can do. The printer is certainly a well designed piece of hardware, but it has very little in the way of design flourishes or flashy, but extraneous, features. Ember prints using light-cured resin, and according to Kowalski can print at 72mm an hour and can print down to 10 microns. He showed off a sample print of some 3D printed “hair” that I was told someone in the lab turned into a working paint brush. There is no official price set for Ember, but I’m hearing estimates of about $5,000. 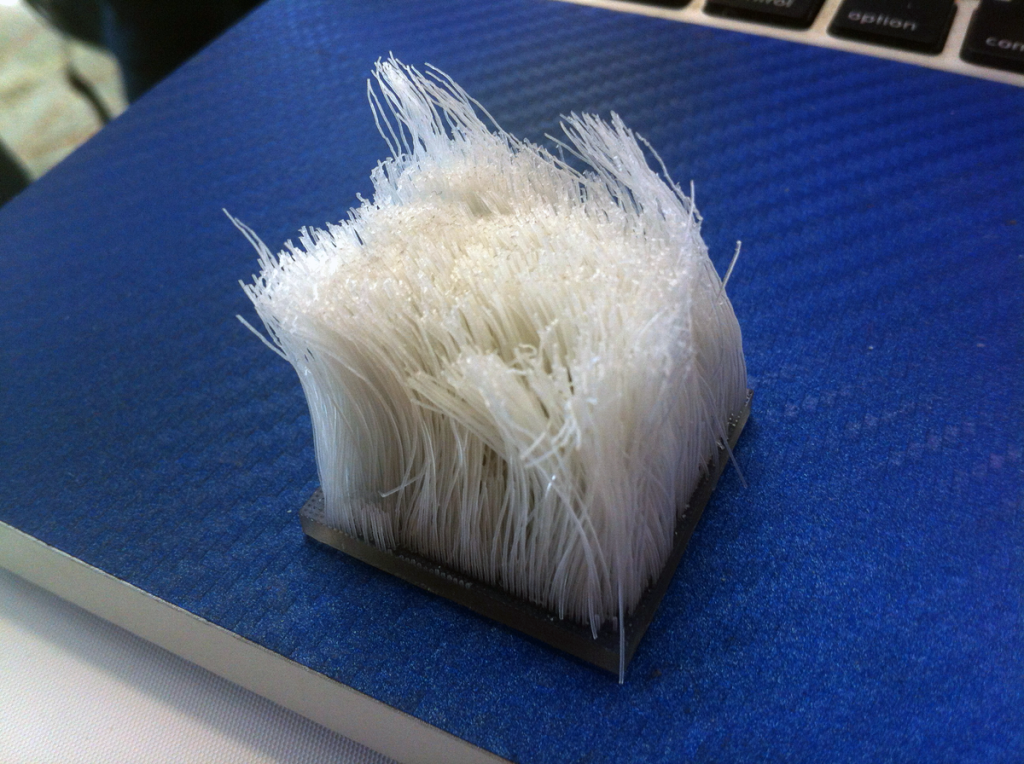 I’ve been writing about 3D printing for about a year now; I see a lot of press releases and statements from manufacturers, and I notice a lot of commonalities. Aside from using their hardware to print the ever present Yoda heads, I’ve lost count of how many new manufacturers talk about being “the 3D printing industry’s Apple”. I always need to bite my tongue and point out how empty of a statement that is. Yes, we all know that you want to be Apple; everyone wants to be Apple. But what do you bring to the industry and how are you going to become Apple?

Kowalski has made it perfectly clear, Autodesk doesn’t want to be “the 3D printing industry’s Apple”; they want to be 3D printing’s Google. And, frankly, 3D printing needs more Googles than Apples right now.