Australian 3D printing company 3D Group has announced a deal with Oz Brewing to be acquired by the struggling beer company. Once the acquisition is complete, the entire Oz Brewing board will resign and the 3D Group will assume control of the company and elect a new board of their choice.

This type of transaction is called a reverse takeover, where a small but rapidly expanding company allows itself to be purchased by a struggling or dying company and assumes control over that company, their legal and financial infrastructure, and, most importantly, their presence on the stock exchange. This allows a smaller company to go public quicker and at a greatly reduced expense.

The deal has Oz Brewing purchasing 3D Group for a total of 1.4 billion shares of Oz Brewing stock, with an option for 750 million more shares. The Oz Brewing shareholders will retain only 413 million shares, leaving 3D Group with a significant controlling interest in the former beer company. 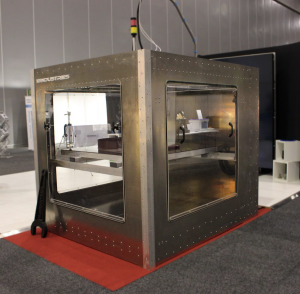 The deal still needs to pass regulatory approval, however the share sale agreement is scheduled to take place on September 26 of this year, with the company scheduled to be re-listed on the ASX – Australian Stock Exchange – on December 12. The announcement of the deal has already caused a slight bump in the beer company’s stock price, sending it from AU$0.006 up to AU$0.010.

I’m not an expert on these types of financial deals, however I think I know enough to wonder why the rush to go public. Their first 3D printer sounds interesting and generated a lot of buzz at the Inside 3D Printing Conference in Melbourne, but buzz doesn’t guarantee a successful 3D printer. Their deal with Kibaran is also currently just in the buzz, so, I’m a little curious if this was simply a right time/right place scenario, or if they have something else up their sleeve.