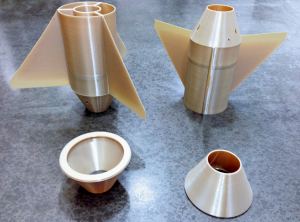 The students’ advisors, from aerospace giant Raytheon, encouraged them to contact rapid prototyping firm (and recent Stratasys acquisition) Solid Concepts, who helped them with the fabrication of their rocket concept. Using 3D printing the team created a booster with a fin structure, the entire aft body structure, a tail cone, and several housing rigs for the internal electronics. Here’s a video of the assembly and launch of the rocket:

One of the students who worked on the project credits Solid Concepts and their 3D printed parts with allowing them to assemble and launch the rocket within their very narrow time frame. 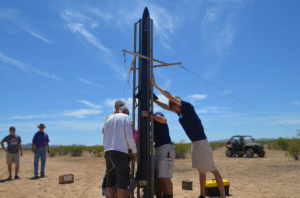 “The fin structure alone, which was created via Fused Deposition Modeling (FDM) with high temperature Ultem 9085 material, would have taken seven individual pieces and three days to assemble had we constructed it manually,” said U of A student Matthew Dusard. “Due to the cavities inside and the very thin fins in our design, 3D printing was the only way to create the structure as one piece. We wrapped all 3D printed components in carbon fiber for extra strength, slid the pieces into the aft end of the rocket and were ready to go a day after receiving the pieces, just in time to launch on our targeted date.”

Ultem 9085 is a heat resistant thermoplastic filament that is suited to high performance prototypes for the transportation and aerospace industries. This high tech 3D printing material successfully resisted the extreme 1500 degree temperature of the rocket’s successful launch with only some minor blackening of the exhaust port and without any loss to structural integrity. Additionally, the entire fin structure would never have been possible without 3D printing, as it was too complex and had too many thin walls and open cavities to be manufactured in one piece. Had it been constructed using traditional methods it would have taken three days and seven individual parts to fabricate. The team had the 3D printed fin structure completely assembled and ready to launch in less than a day. 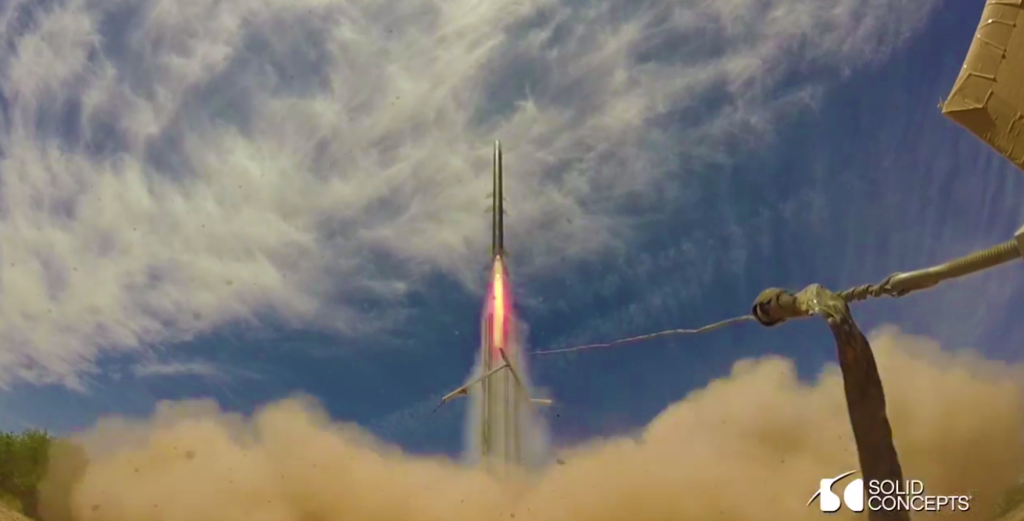 Every day we’re seeing stories about rapid prototyping with 3dDprinting being used to rush products to market or to drastically reduce the design and prototyping phase of a new product’s development cycle, but I think that this is probably the first story that I’ve come across where rapid prototyping with 3D printing helped a bunch of college students score an A on a school project.