Who knows what Jamie Lannister, hand of the king, might have done to get his hands on the YouBionic hand, especially after his was woefully cut off. Paradoxically, needing a hand, made Jamie Lannister a better person but – moving on from fantasy to sci-fi – the reality is that creating a robotic hand that could fully replace a natural hand is one of humanity’s greatest dreams and it could help many people around the world.

The eNABLE projects has shown beyond any doubt how important it is to create hand prostheses that are functional, affordable and easily replaceable. What eNABLE is doing is amazing and, although their open source approach is helping their mechanical prostheses develop rapidly, they are still fairly basic mechanical systems.

Youbionic is also using 3D printing to develop a low-cost functional robotic hand. It has already come a long way since we last featured them on 3DPI. The full five finger structure is now complete and the best part is that all the progress has been in the physical prototype, making it look more and more like the initial conceptual design. This means that it looks really cool, especially since it has been designed to be printed as one single part, enormously reducing costs. 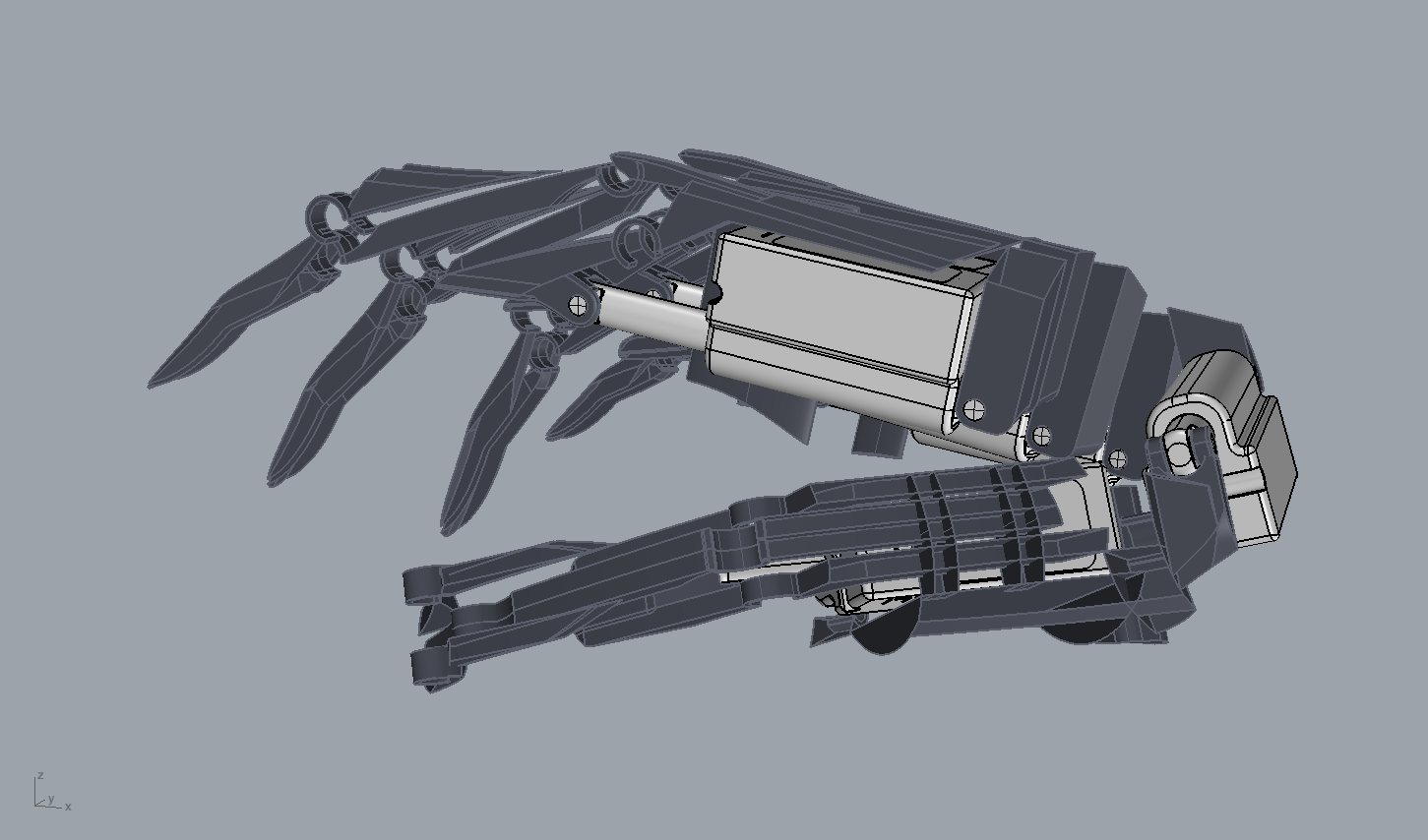 “Youbionic is a device made to just simplify people’s lives while also enabling them to reduce the feeling of embarrassment that sometimes occurs when showing a prosthesis,” says Federico Ciccarese, the project’s designer (working together with software engineer Mauro Alfieri and hardware engineer Ernesto Marchesi). “I tried to make it as pleasing to the eye as possible while also focusing on making its movements as natural as possible”.

The first prototype will be able to execute the main holds necessary to perform life’s essential deeds but it will also be possible to update its software in order to improve it over time, just like a smartphone. The hand’s movements are made possible by its complex internal geometries within its external parts which can be produced only through 3D printing technologies.

“It is a new mechanical technology, never used before,” says Ciccarese. “it works by deformation of the material Every characteristic and behavior can be planned exclusively through its geometrical design. As little as possible is left to be determined by the quality of its assembly. During the design and development we can go in and modify the tiniest detail thus making it a lot more efficient.”

Youbionic has been designed by combining the main skeletal structure with the rotational transportation leverage mechanisms. They are synchronized so as to obtain a double rotation starting from a single rotation and this means that a realistic movement can be obtained through a simple actuator. The brain is an Arduino board and this – coupled with sourcing of other commercially available components – makes it possible for us to target a €1000 price tag.

Currently the Youbionic team is working to find sponsors who believe in this project and considering the opportunities that might arise over the next years, especially through the new manufacturing possibilities of high end 3D printing, it should not be too difficult.

“I envision Youbionic as a modular artificial hand. I would like that, especially for children’s prostheses, it would be easy to replace the electronics and actuators so that the 3D print can always be set to exact dimensions of a growing child. Although prosthesis development is already imagining implementation of bioficial skin or bones, it will still take a very long time before we will have artificial hands that look just like a normal one. What we can do is work constantly to obtain the very best substitutes”.