3D Printing Industry has followed the innovation of wonderkid Easton LaChappelle and the latest trail finds us in Mesquite, NV. The Mesquite Event and Sports Complex will host the Amputee Long Drive Championship on October 29th and will provide a showcase for 3D printed technology developed by the likes of Easton. Stratasys’ sponsors the event, which promises to have a prodigious presence. Dean Jarvis, the director of Amputee Long Drive and an amputee after battling osteosarcoma, sought athletic alternatives for fellow amputees. With an event like Jarvis’, companies like Stratasys and people like LaChappelle can reach an audience that motivates them in the first place. 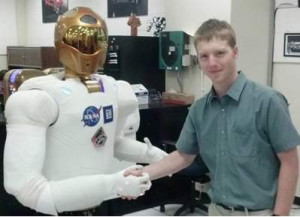 We have chronicled LaChappelle’s robotic hand, Kickstarter, and internship with NASA all before the legal ability to vote. While his work elicits comparisons to other engineering pioneers (his family does claim a connection to Edison’s lab) and impressed remarks from the president, an event like the Amputee Long Drive connects his work to its purpose. Beyond the science fair and bells and whistles of burgeoning 3D technology, LaChappelle cites his experience with a 7 year-old amputee with a prosthetic limb as inspiration for his engineering pursuit. People suffering from devastating diseases and veterans too often find choices and amputee abilities limited by resources and financial constraints. Thanks to engineers driven by an inner desire to help others and quench curiosity, better options have emerged.

Besides featuring innovators like Easton LaChappelle, the Amputee Long Drive Championship provides a competitive arena for para-athletes. Noted on the website, golf will be featured in the Rio 2016 Olympics but not in the 2016 Rio ParaOlympics. This competition will be a showcase for athletes as well as an alternative for other amputee sports. Jarvis’ Championship will benefit the Jordan Thomas Foundation, which provides children with prostheses needed throughout childhood. In an age when people read lists online to feel good about themselves, it is inspiring to see grit, genius, and determination at work for others, to connect dreams and abilities, and see what was once imagined manifest in the every day. 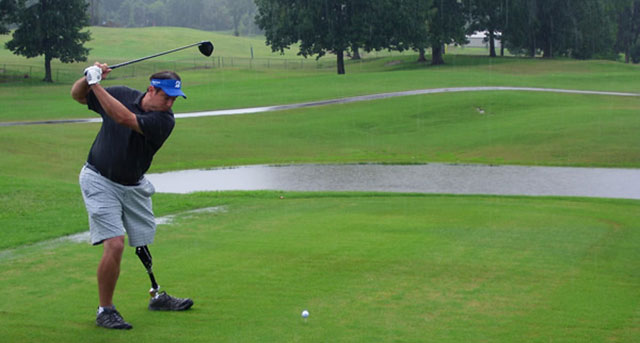