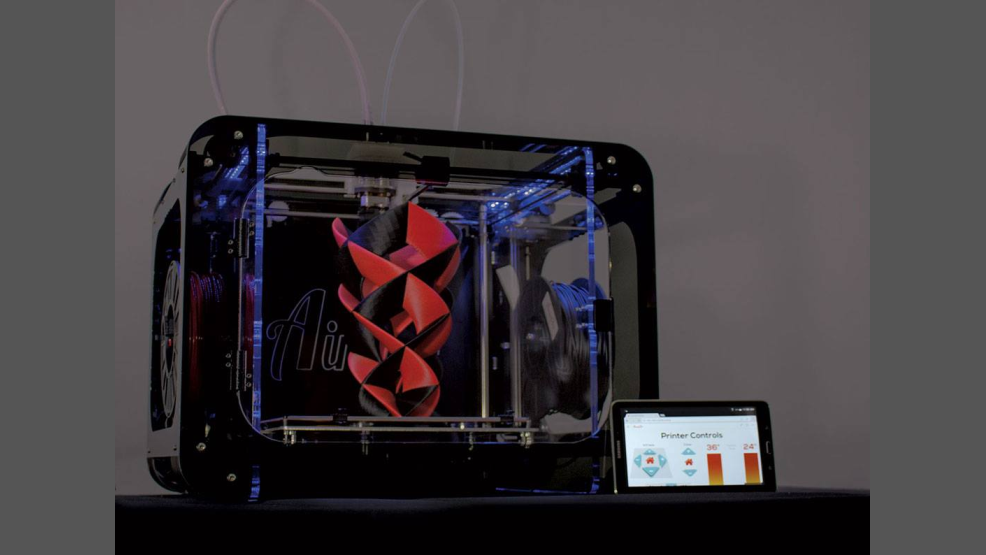 This aggressive move into the European market comes as the rapidly expanding line of sub-$5000 3D printers is positioning itself as an alternative to high-ticket priced industrial 3D printers for small to medium-sized businesses. As the price of desktop 3D printers continues to drop in order to accommodate home users, many parts and components that are being used may not be up to the rigorous usage that many prototyping businesses put them through. That leaves many businesses looking for higher quality options, which can often come with much higher prices and Airwolf 3D is looking to fill that gap in the market.

The new Airwolf 3D HD-R is the Southern Californian company’s most advanced 3D printer. The HD-R is equipped with dual extruders and it is capable of printing in multiple materials.  The machine can also print at high temperatures,making it one of the few desktop 3D printers that can print materials with high melting points like nylon, at the same time as it uses a second removable support material.

Here is a video of a complete 3D printed dress and set of accessories created on the HD-R 3D printer being shown off at the recent CES 2015:

Hawk 3D Proto is looking to bring the new HD-R to as many European countries and businesses as possible and has announced that they are currently working on structuring a reseller channel. To that end, they are actively seeking reselling partners in countries like Ireland, France, Portugal, Germany, Italy, the Baltics, and the majority of the EU.

If you’re interested in partnering with Hawk 3D Proto as an Airwolf 3D reseller, you can contact them directly. And if you’re a European looking to purchase your own HD-R 3D Printer – with a pretty good discount – then you can visit Hawk 3D Proto’s online store.