Sure, a robotic falcon can fulfill your need for a best friend, but it may also serve a purpose for industry.  See, birds can cause problems in areas like waste management, aviation, and agriculture, eating crops, spreading disease, crashing into aircrafts, and pooping on all of your good furniture. But a robotic bird of prey, a “Robird” if you will, could solve all of that. I know what you’re thinkin’, “Is this some kind of 21st Century scarecrow scheme?”  Well, yeah, in a way.  Dutch company Clear Flight Solutions has developed a 3D printed, robotic falcon that can be used to drive away other birds that may cause such problems. 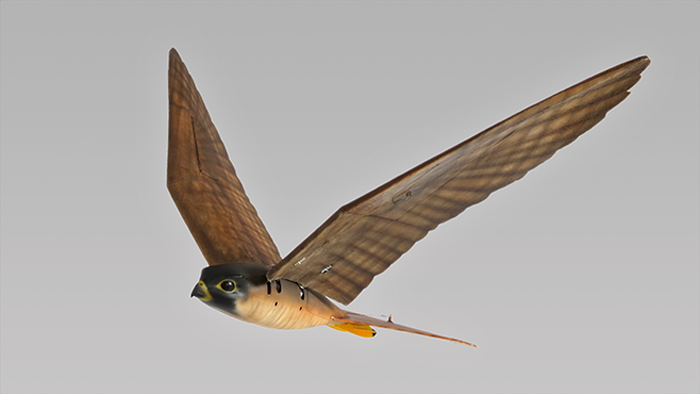 Robirds are remote-controlled birds designed to resemble and fly like eagles or falcons to keep other birds away from places like airports, farms, and waste management centers.  The Robird is the result of 27-year-old Nico Nijenhuis’s thesis project at theTechnical University of Twente. Nijenhuis designed the robot to use a single joint attached to the wings to create a continuous flapping motion along with on-board sensors and software to ensure the bird’s stability and natural flapping motions. When it came to creating the body, the young entrepreneur opted for 3D printing, partnering with Materialise to optimize the bird’s design. 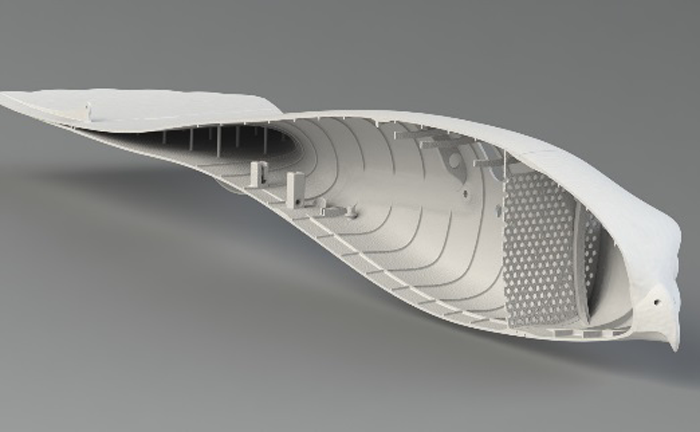 Robert de Vries from Clear Flight Solutions tells the 3D printing company, “It’s all about creating the most realistic bird models and 3D Printing is the only technique that allows this kind of design freedom. By eliminating the manual assembly we did before and being able to perform rapid design changes, we save a great deal of time and money. Thanks to the expert advice from Materialise we are now creating better products.” Using laser sintered, glass-filled nylon gave the Robird some extra durability, while maintaining its light weight.

The company is currently in the process of testing Robird out at Twence Waste & Energy in the Netherlands and will begin doing so at European airports later on in the year, but, so far, CFS believes that Robird has shown to reduce the number of small birds pestering industry effectively.  They’ve also got an Eagle model in the works to chase away even larger fowl.  If you want to be a part of CFS’s Robird trials, you can contact them at [email protected]

The whole thing reminds me of Do Androids Dream of Electric Sheep? In Philip K. Dick’s novel, animals were eradicated from nuclear fallout during World War Terminus:

First, strangely, the owls had died. At the time it had seemed almost funny, the fat, fluffy white birds lying here and there, in yards and on streets; coming out no earlier than twilight as they had while alive the owls escaped notice. Medieval plagues had manifested themselves in a similar way, in the form of many dead rats. This plague, however, had descended from above… After the owls, of course, the other birds followed, but by then the mystery had been grasped and understood.

The Robird’s creation stems from less frightening circumstances, but humanity’s desire to bend nature around its own activities could, one day, achieve a similar effect as the final world war in Dick’s book, particularly in the case of climate change.  Then, we’ll all need 3D printed birds. And dogs. And cats. And even people!