Last time I reported on large-scale, industrial-strength 3D printer manufacturer 3D Platform, their 3DP1000 was making a name for itself within companies and research laboratories across the world. Formerly known as 3DP Unlimited, the Illinois-based 3D Platform has just announced their newest large-scale 3D printer, the 3DP Workbench. The 3DP Workbench has a massive build area of 1m x 1m x 0.5m, and also utilizes industrial-grade mechatronics, which enables precision prints with a 70-micron layer resolution. Planning to release the 3DP Workbench at the end of Q1 2016, 3DP has engineered and designed their newest industrial-grade 3D printer to a more improved and convenient experience all-around. 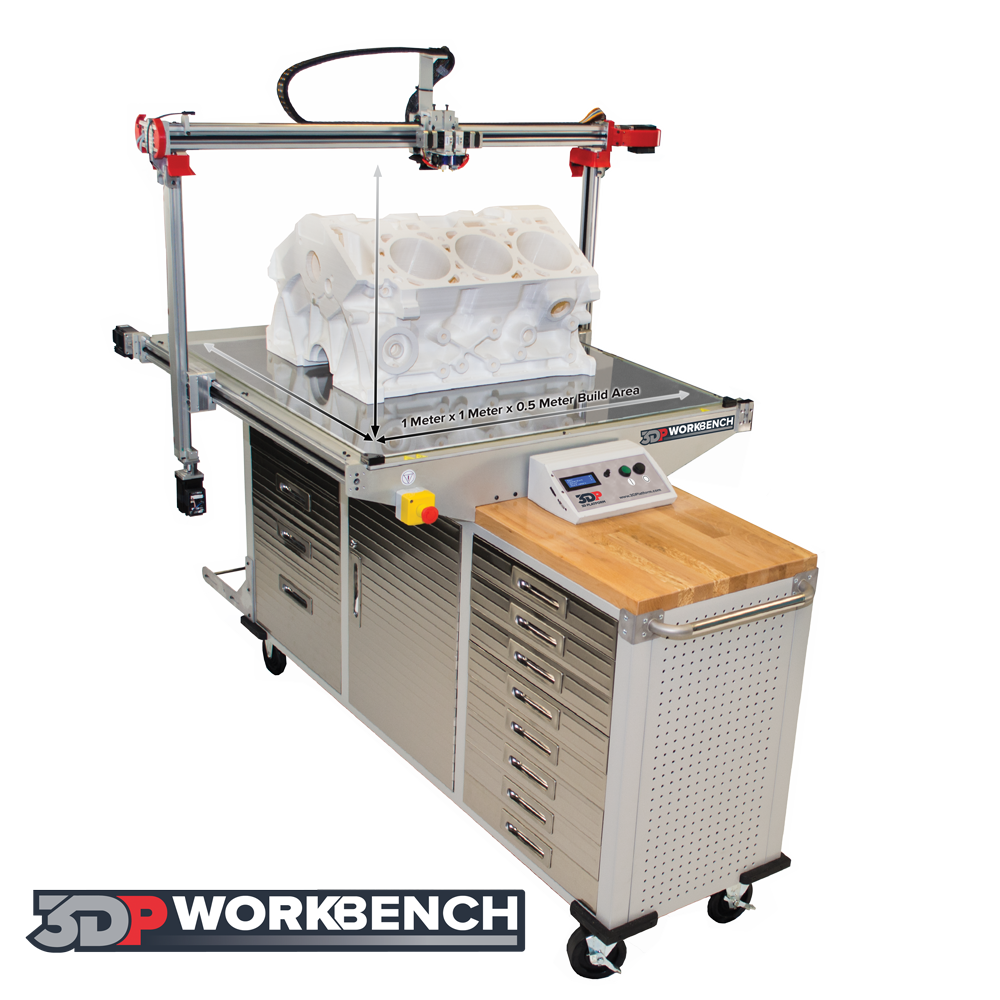 Utilizing SurePrint Servo Technology motors that have 85% greater torque help for faster acceleration while simultaneously improving the accuracy and quality of the print too. An open print bed and ergonomic height gives users access to a number of advanced 3D print techniques, including core modeling and adding in metal or electronic inserts in the print. The 3DP Workbench includes an open filament system, allowing users to print in materials such as PLA, HIPS, Nylon, PVA and ABS. But it’s more than just the print technology that makes the new 3DP Workbench a unique industrial-grade printer. 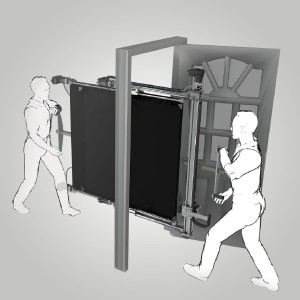 3DP made sure to implement the maximum amount of flexibility and accessibility into the 3DP Workbench, including a folding gantry which helps the large-scale machine become much more portable. The printer is comes equipped with a solid hardwood work area, as well as 12 built-in storage drawers and cabinets to store your tool and materials.

“The 3DP Workbench is more than just another 3D printer, it has been designed through a professional user-experience process—with input from engineers, product developers and top creative talent around the world—incorporating tools they need to take our 3D platform to the next level,” said 3DP’s Vice President of Sales & Marketing John Good. “The result is a comprehensive toolkit that increases capacity, enables them to expand their capabilities and bring their ideas to life.”

3DP seems to be going beyond just the 3D printer with their 3DP Workbench, offering both an industrial-grade printer and a functional workshop platform all on one machine. It’s important to realize that even as expansive as industrial 3D printing has become, the emerging technology can not innovate on its own. It seems that 3DP has taken note of this, and has responded by releasing their large-format 3D printing technology reformatted into an industrial workshop. The 3DP Workbench will make an demonstrative appearance at the 28th Annual Additive Manufacturing Users Group (AMUG) Education & Training Conference, which is taking place from April 3 – 7 in St. Louis, Missouri.