Unlike other companies that entered the desktop 3D printer arena from some areas of the manufacturing business, Buenos Aires-based Kikai Labs began as a software company. Marcelo Ruiz Camauer, the company’s founder, ran a successful software company with his brother when he set out to apply this knowledge base to the manufacturing revolution. Now that revolution is culminating with the release of the new M11 “full metal jacket” 3D printer. 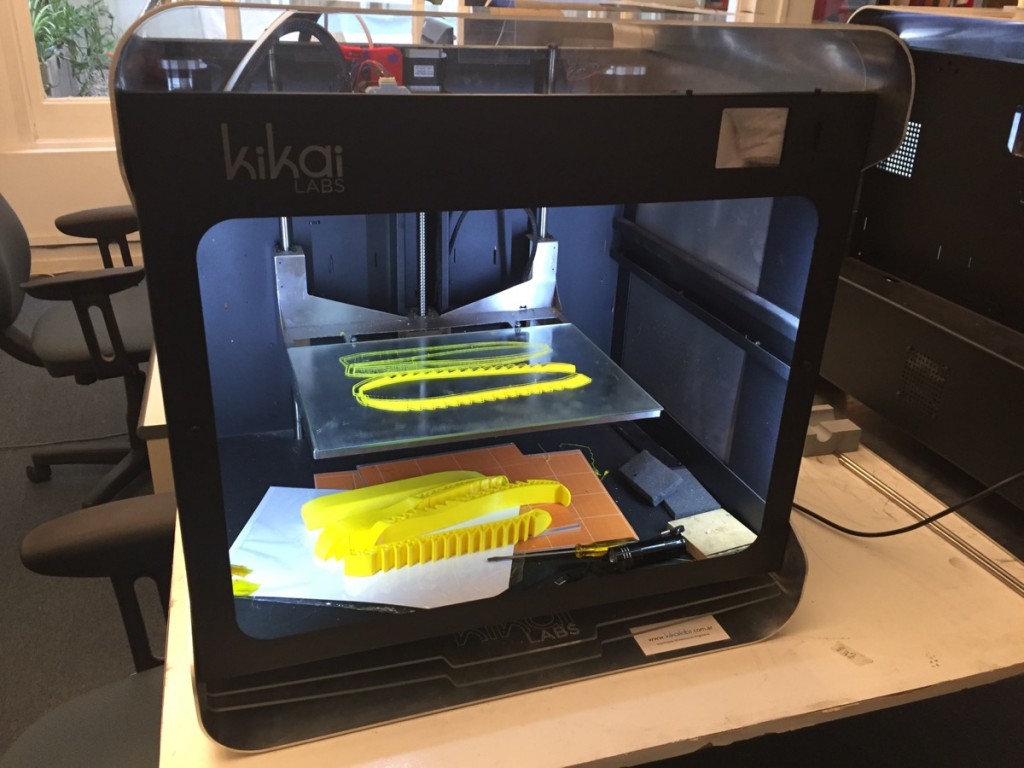 Kikai Labs was not initially on my list of companies to visit, but when Marcelo contacted me ,I looked it up and found out that it was located about 300 meters from my apartment in Palermo, in the stylish and fun “SOHO” area which – incidentally – is very similar to the SOHOs in London and New York. The streets are full of shops, creativity, and design studios. One difference, though, it that here it is sunny most of the year.

I had to go see what they were up to and I – as is often the case – was not disappointed. The Kikai Labs studio/factory occupies two floors in a building that they have completely remodeled and renewed. The bottom floor is mostly for machine testing, a showroom, and administration offices. Research, development, and assembly take place primarily on the second floor. 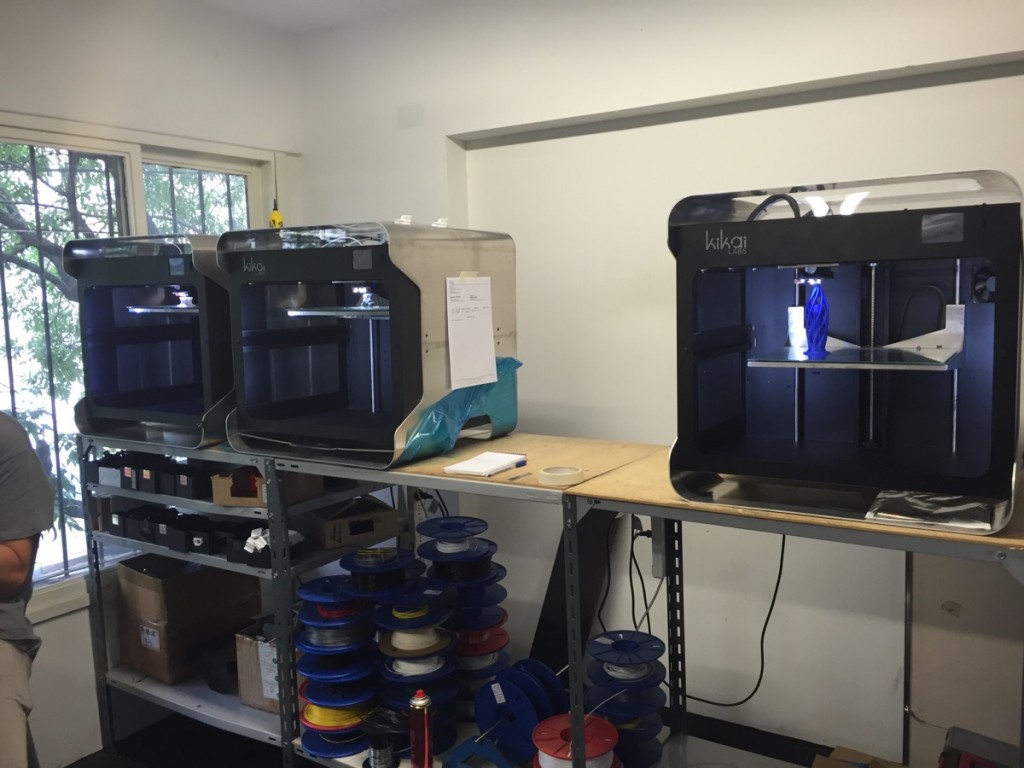 That Kikai comes from software is clear from the look of the very first machines the company produced. Although they are considered to be highly qualitative systems, the first T-14o systems that the Kikai team produced were not exactly beauties to look at. The new M11 model, which is being announced and launched now, is an entirely different story. 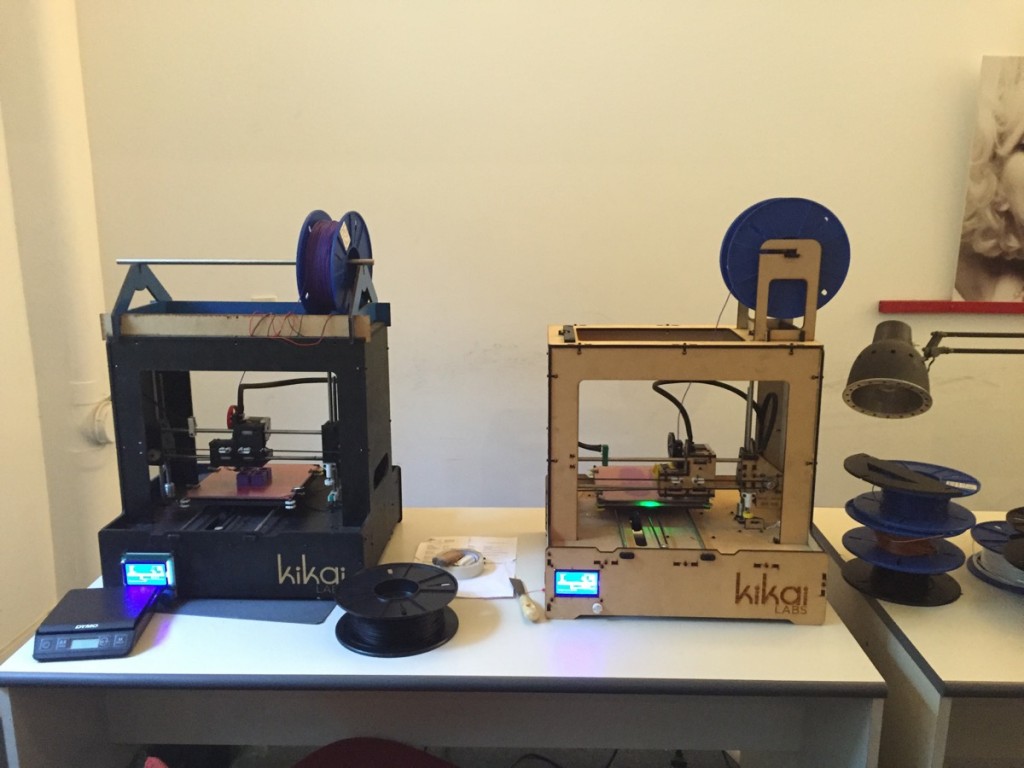 Kikai hired a product designer specifically to develop the shape of the exterior metallic enclosure, which smoothly wraps around the machine’s body. The rest is covered and protected by laser-cut transparent plastic covers. It has a large heated plate with plenty of room to work with. One of the best parts about it remains the firmware, which was developed in-house and can be accessed through a full color touch-screen, with an intuitive interface and several embedded functionalities. 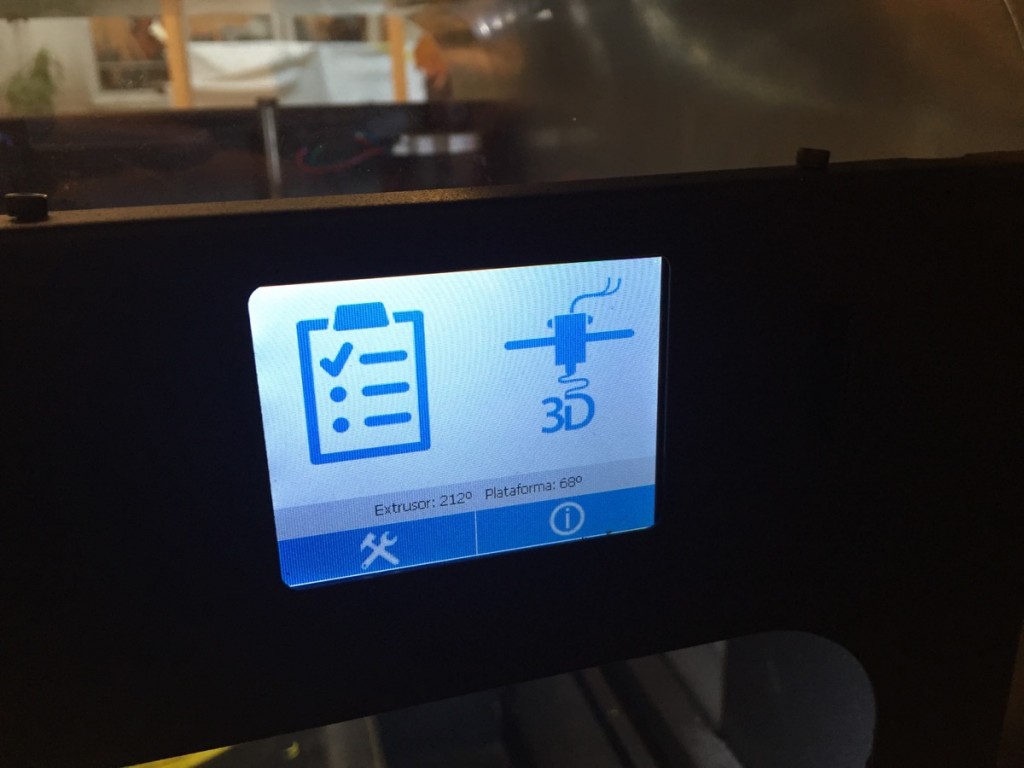 One of the most original features of this machine is actually a mix of software and hardware: a little 3D printed device on the back is able to detect when the filament runs out. The machine’s brain then pauses it so that it can start back from where it left off once the new filament is loaded. It seems like a very basic feature, but I personally don’t know of too many other 3D printers that can do this. 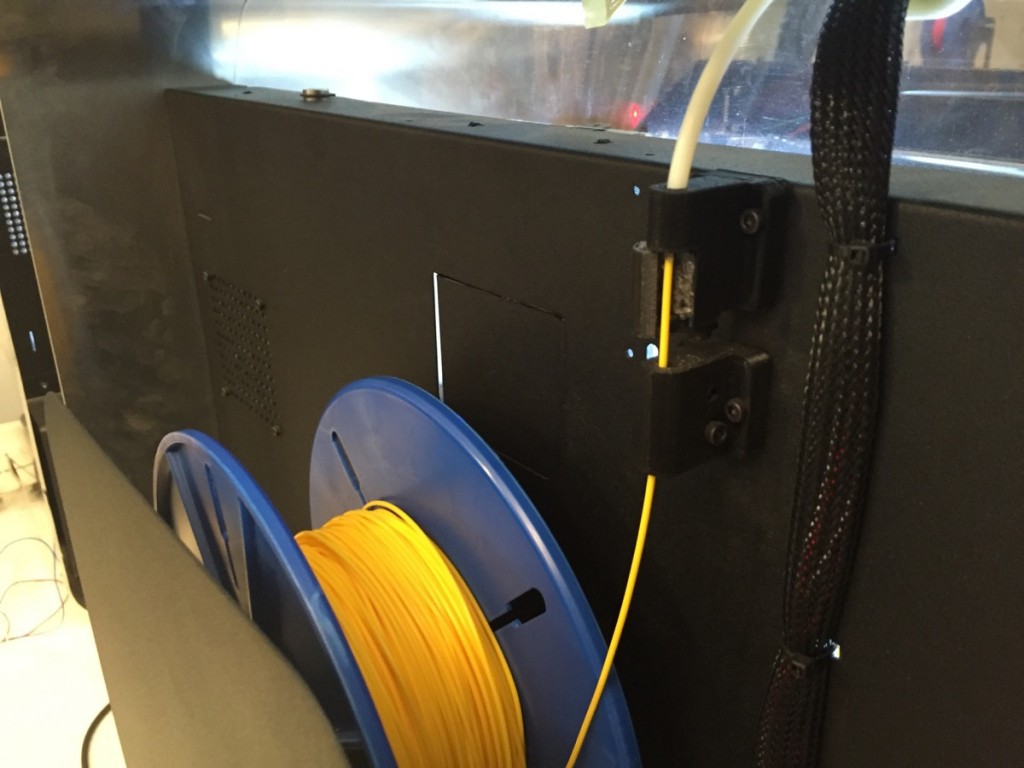 Kikai uses its software abilities for other such projects. One of the most ambitious that Marcelo and his team developed is a device which colors the objects as they are being 3D printed by using different markers. The prototype (which we had covered on 3DPI some time ago) is still at a rather early level but the 3D plotting idea is functional and just needs fine tuning. Unfortunately, that requires time and Kikai already has its hands full. For example, it is collaborating with INTI, Buenos Aires’ Insititute of Industrial Technology, to create an open source, 3D printable package of fun products to use in schools to teach about 3D printing (such as this car below, which was shown to me during my visit at INTI). 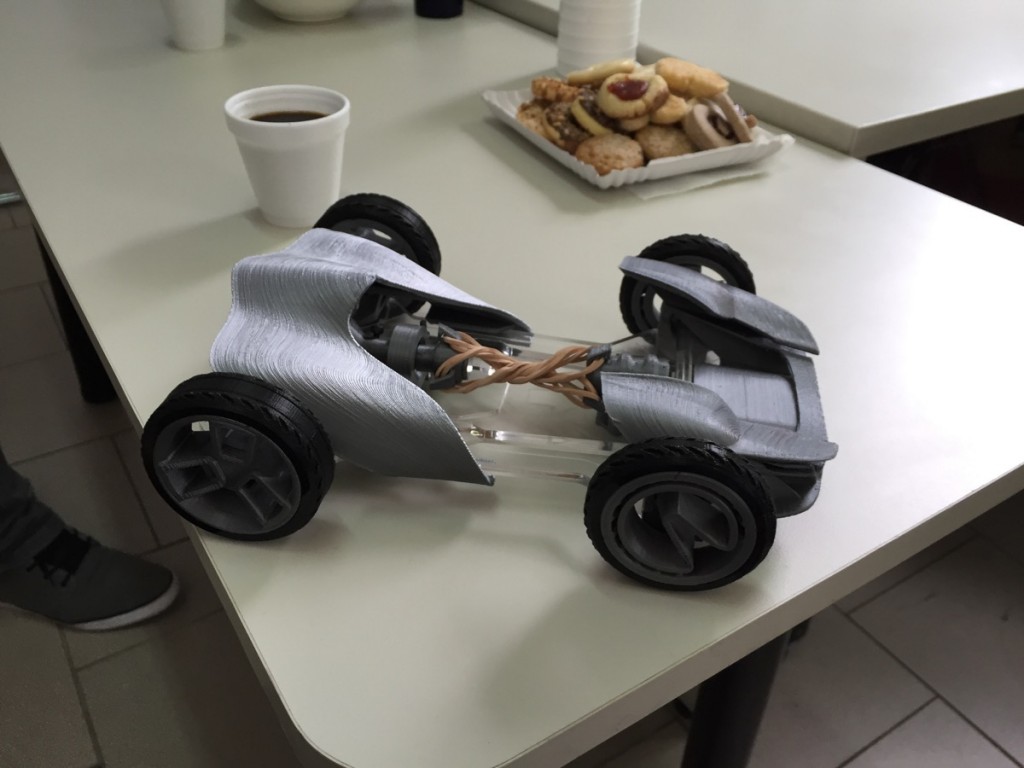 “In Argentina, you have quite a few companies, even though the manufacturing industry is small. That means that there is a lot of innovation that should be fueled through education,” Marcelo says. “Universities, together with design studios and small factories, are our main clients. So far, we have sold close to 300 3D printers. A portion of those were acquired by the government for educational projects. Now this operation should be scaled up and it would be very important for small, local companies such as ours.” 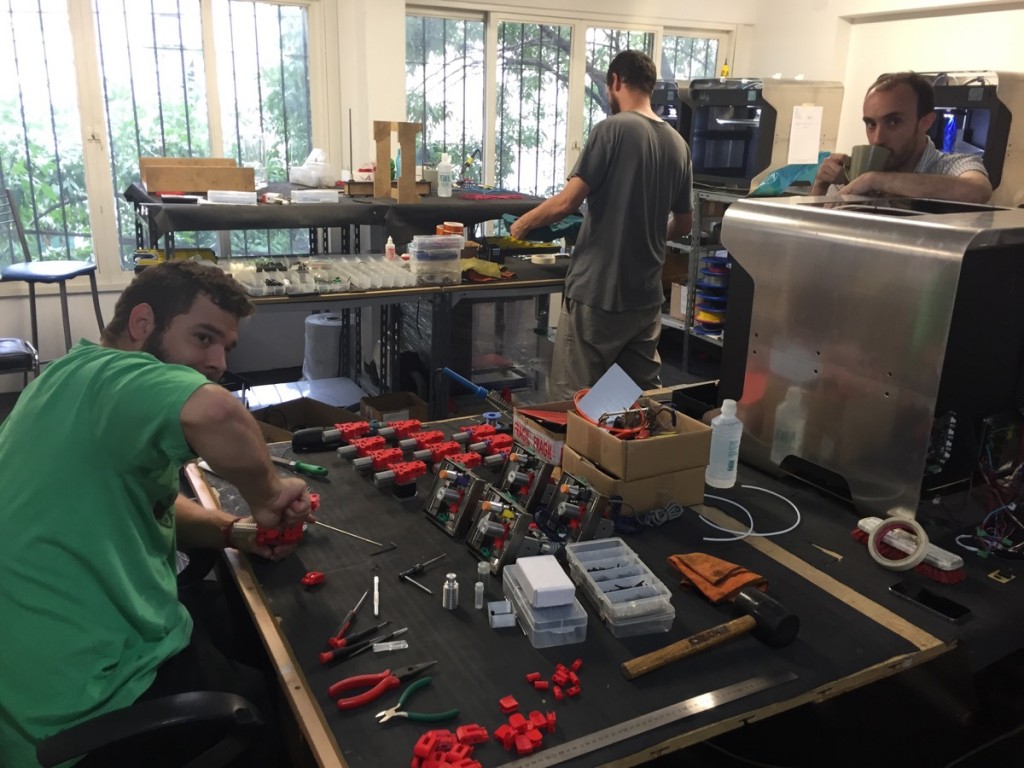 Sustaining a 3D printing manufacturing business is not easy and scaling up is even more difficult, Kikai is trying to do both, even though Marcelo admits that it would be difficult – if not impossible – to address orders of several hundred machines using only the current facility. Likewise it would be unsustainable to move to a larger facility before receiving such orders. 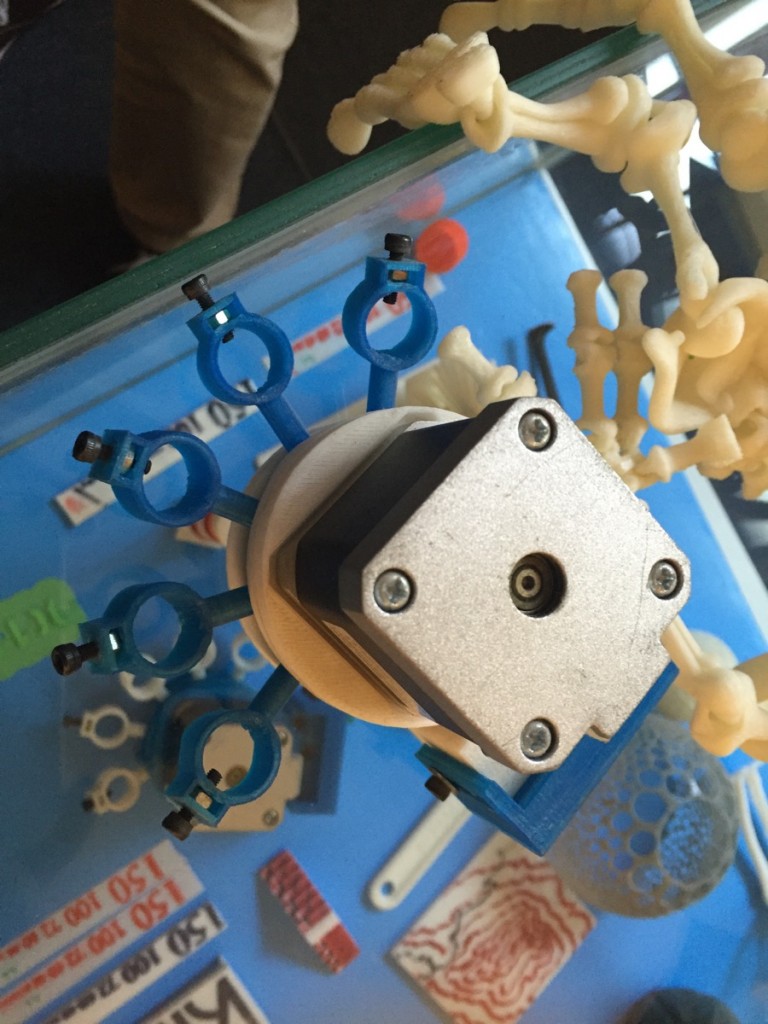 In the meantime, the company continues to fuel the custom manufacturing industry with commercial projects from young creative minds. Kikai works with large institutions, but also with local medical and design studios. They 3D print anything from DICOM tomographies to life-size “dog mannequins” for pet shops. The only real limit of 3D printing is still in the mind of its users and education is the best – if not the only way – to address that hurdle. 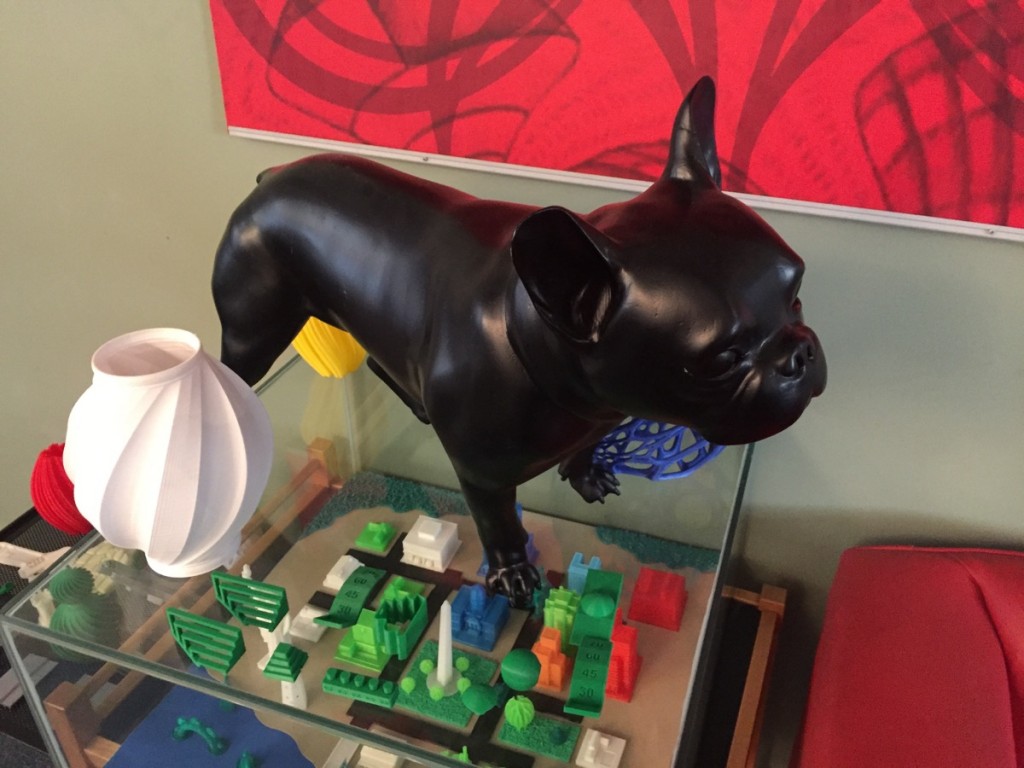