HNY!! I can hardly believe 2014 is here already, but it certainly is and to start the year here on 3DPI I am rounding up my personal 3D printing picks from 2013 and the team’s posts in that vein. I confess, I couldn’t pick just five! So, I’ve taken an editorial liberty, and my six choices fit in four different application areas, as defined by me. And because space and medical apps featured heavily in the guys’ picks earlier in the week, I am leaving them out of mine, but I do want to say that I acknowledge and am hugely in awe of all the 3D printing developments in those two sectors.

But here, for your delectation are my picks:

For the Awww Factor

The 3D printed baby mask I wrote about recently really struck a chord — a dad trying to make life better for his infant son. It really doesn’t get more fundamental than that!  But, also belonging here are all those apps where the people — not the technology — are central to the story. IMHO, 3D printing is always at its very best when it is an enabling technology used by brilliant people, with little or no financial gain, for other people (or creatures) in need.

For the Wow! Factor 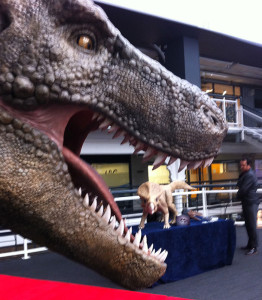 I had three very real ‘Wow’ moments this year, and as has been the case throughout my career, they occurred when seeing 3D printing applications up close and personal. Two were at the 3D Printshow in London and one at Euromold — highlighting to me that no matter what you read, what pictures you see or which people you talk to, it’s only when you comprehend the possibilities in person does full appreciation hit home.

I came face to face with some 3D printed dinosaurs, they were staggeringly good.

I’ve written about the work of Jason Lopes at Legacy Effects before, I’ve even seen some one-off parts and been suitably impressed, but, seriously, nothing can quite prepare you for seeing the full-scale models he has produced for Hollywood. The talent at this company is phenomenal! 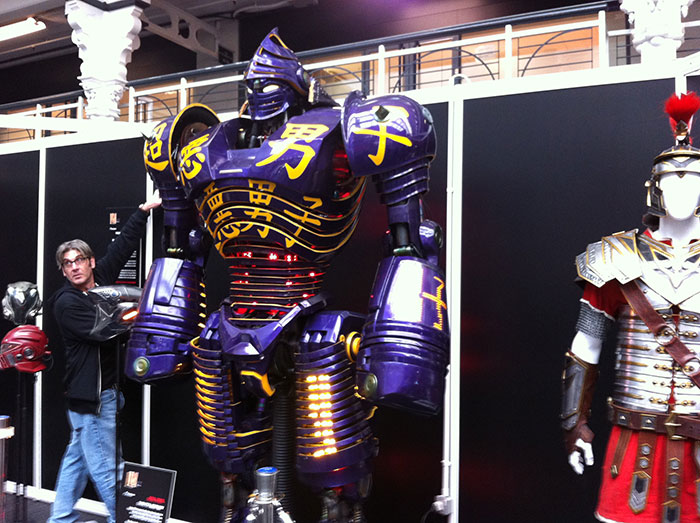 In Frankfurt, at Euromold, I got to see one of the largest applications of 3D printing I’ve EVER seen. The scale was mind-blowing and it comes from the company with the biggest 3D printer to date — Voxeljet, who printed a room. 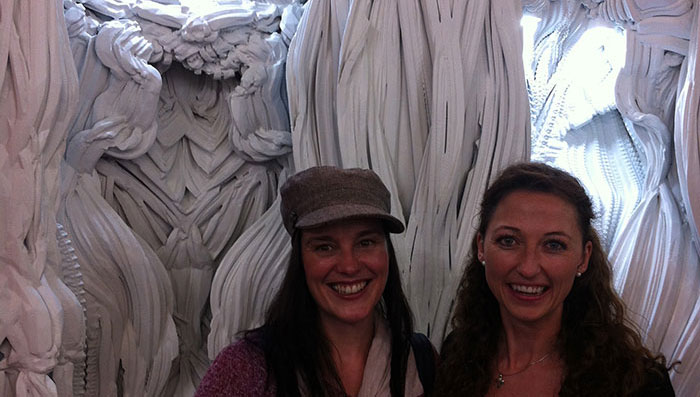 For the Novelty Factor.

Again, this was an application I saw first hand at the 3D Printshow in London. I’m going out on a limb here to say this is the most original 3D print I saw this year. Gilles Azzaro’s 3D printed voice sculpture, entitled “Next Industrial Revolution” is a 3D printed visualization of Barak Obama’s State of the Union Address announcing the “new industrial revolution” through the formation of additive manufacturing hubs. Genius, and original, and mesmerizing. 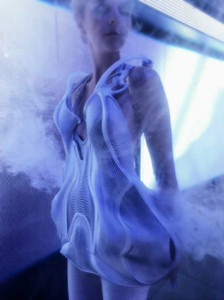 The Smoke Dress. I have to say, this one has stuck in my head. I can’t quite explain why either. It is an undeniably striking fashion design, for a seemingly unconnected automotive event, with an original functionality built in. Maybe it’s just because it IS weird, like me J

I am so excited to see what 2014 brings to 3D printing land and, together with the brilliant writing team at 3DPI, sharing all the news and views with you, our greatly valued readers.

Be happy in the New Year.