As summer closes out what I call ‘3D printing silly season’ is about to get underway as 3D printing event activity ramps up in terms of the many annual  additive manufacturing and 3D printing shows that are scheduled throughout the final months of each year. It will all kick off next week with the London 3D Printshow. TCT, 3D Printshow Paris, 3D Printing Event Eindhoven and Euromold in Frankfurt will then take place in the following months. Of course, the excellent global Inside 3D Printing series of events has been ongoing throughout 2014, and the end of the year will be business as usual for Mecklermedia with the Hong Kong edition successfully hosted just last week. The Tokyo edition in September will be followed by a return to Santa Clara in the US in October and Shanghai in November. 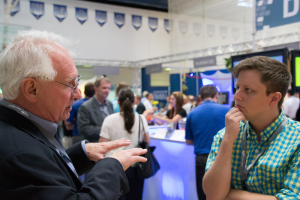 Mike took an interesting trip in August, to Chattanooga for GIGTANK 2014. His adventures in this tech savvy city in the heart of Tennessee saw him, and his wife Danielle were recounted in a short series of articles that make for compelling reading.

Proliferation, growth and expansion were continuing trends throughout the 3D printing industry this month. Big and small 3D printing companies alike are reporting strong growth, increasing product lines and expanding facilities but one of the most notable examples is Concept Laser in Germany, and Davide got to interview the company’s CEO, Frank Herzog in the latest Executive Interview on 3DPI.

While different regions of the world display certain nuances within the industry, what is becoming more and more clear is the global village aspect of 3D printing. I sometimes write about certain companies angling for global domination and when I do, I’m only half joking! There is definitely a growing trend of 3D printing companies expanding seriously beyond their home territories. Specific examples throughout August include news of MakerBot setting up a European HQ in Germany, while voxeljet and Ultimaker — both based in central Europe — taking on the US territories with new initiatives and facilities. Most recently, Renishaw, a UK company announced new facilities in India. 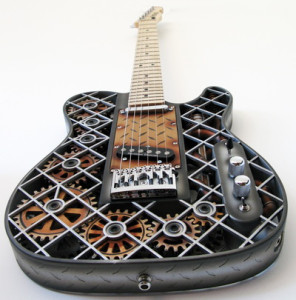 Another trend that shone in August was music. Mike wrote a great insight article about the intersection of 3D printing with the music industry, which touched on how musical instruments can be designed and made. There have been plenty of specific examples this month alone, which include Olaf’s sax and just this weekend, the recognition of ACES in 3D printing a flute. There was also the lovely story of a team at UConn bringing historical instruments of the past into the present with 3D printing.

A big talking point this month has been around the potential of moving away from filament material for extrusion based desktop 3D printers to the more economical option of pellets. This has come about as new equipment and 3D printers are presented to the market. The David 3D printer is the most notable of these and has definitely set tongues wagging about the possibilities.  I also heard news of another, completely open source, pellet extruder, details of which should be revealed soon. 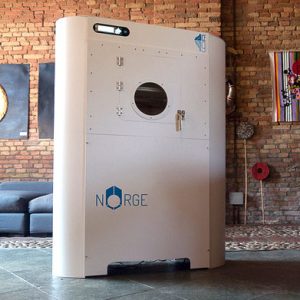 Lower costs is also featuring strongly in relation to the SLS 3D printing process, traditionally one of the mose cost prohibitive technologies. August saw not one, but two new propositions for low-cost SLS and the race is most certainly on in the sub-sector of the industry as Davide reported, following Norge’s crowdfunding campaign getting underway and Sharebot sharing that it will be unveiling a low-cost SLS 3D printer at the London 3D Printshow.

On the downside — I wasn’t overly impressed with the cosplayer and his campaign to 3D print real weapons from the video game, Assassins Creed. You have to wonder what makes some people tick sometimes. 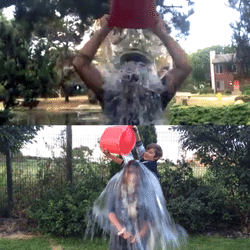 Stories like that just make me appreciate the good in people so much more. Fortunately, the progress with 3D printing applications that help people are proliferating, the e-NABLE project is a stunning example of this, as are the increasing stories about  preparations for complex surgeries, it’s even happening in my little corner of the world, in Wales. Thus in a world of humanity that, right now, across various continents, seems intent on destroying itself, faith in the good and a sense of humour is vital to one’s sanity. This was part of my reasoning for responding quickly when Jason Lopes challenged me to do the ALS #icebucketchallenge that has gone viral over the past month. Nothing quite like making a fool of yourself — on camera — for the world to see! J But my favourite fun story this month – gotta be the 3D printed monkey selfie by Mike.

One highlight I am eagerly anticipating in the coming month of September is the release of the 3D printing documentary “Print the Legend,” which Netflix will premier on the 26th.

I’ll be at the 3D Printshow in London next week, so if you want to chat, do let me know – either that, or just catch me there.