Those who read 3DPI regularly know that I am a big fan of 3D Racers, the 3D printed, Arduino-based, smartphone-controlled, open-source, smart-toy car game. And that long list of composite attributes should clearly explain why. Where many different technologies meet is where innovation moves faster and 3D Racers is a meeting point for a lot of different and very fascinating trends.

Especially now that it is adding yet more composite attributes: open-hardware, crowd-funded on Indiegogo, and locally-manufactured by 3D Hubs. The project was just celebrated with a live streaming event which took place at the same time in the North, South, and Center of Italy: at Rome SPQwoRk FabLab, Milan’s Yatta makerspace, Naples Volcanic FabLab, and Catania’s 3D Store. By one of those coincidences that often see 3D printing follow me, instead of the other way around, I was in Catania, Sicily, for the occasion, and took this opportunity to visit my friends, Simone and Lorena, at the 3D Store (more on them later). 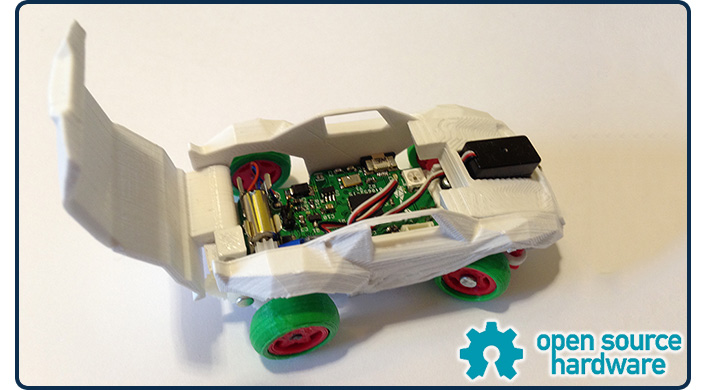 I have been in contact with Marco D’Alia, one of 3D Racers’ creators, since I first tried the game at Maker Faire Europe in Rome. At the time, it was still in a very early stage of development and it used 3D printed controllers, instead of a smartphone App, for RC commands. And, yet, it was already a lot of fun and took Marco quite sometime to get me away from the racing course. I was already imaging the possibilities and I thought they were huge.

A couple of months later, Marco and his team launched the online editor, where users could design their own car, choosing among four main models and lots of different accessories. The app functions like an editor in a racing video game, only, this time, it’s for real. You just download the STL files, already divided into different subfolders for different colors, and 3D print your own 3D Racer.

That was just a teaser. The Indiegogo campaign has been launched to support the development of the definitive 3D Racers, with on-board Arduino brains to give the cars Mario-Kart like superpowers (such as power ups and weapons) and Forza Motorsport-like virtual car damages that hinder its performance. The App to drive the 3D Racers is compatible with Android and iOS smartphones and devices that have Bluetooth Smart 4.0.

On Indiegogo, you will be able to purchase one complete vehicle – along with a new “Tank” model strongly requested by the community – with the compatible smart-track, battery, and Arduino controllers for $49 – $35 for the first 100 Early Birds. That is, if you are going to 3D print your own vehicles. Online 3D printing network 3D Hubs has also jumped on board, seeing 3D Racers as a possible killer application to further fuel the growth of its 10,000 printer strong global network and its distributed manufacturing dream. 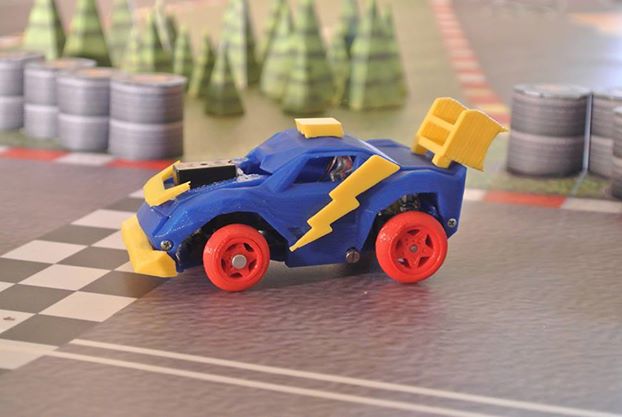 Purchasing the game with the cars 3D printed by 3D Hubs will cost $75 (or $65 for Early Birds). It is an affordable price for any complete RC car racing game, but, perhaps more significantly, it is the only price to own something that has never existed before, contribute to the project’s development, and be part of something that will change everything that will come after it. Mattel and Hasbro take note.

Update 3/2/15: As the exciting 3DRacers project races past its Indiegogo finishing line, with 107% of its funding goal met, 8,000 cars customized with the company’s online editor, and 2,500 downloads on various 3D printables sites (Thingiverse, cults, Pinshape, and more), 3DRacers has decided to offer a final discount to anyone hoping to purchase any of the remaining 79 perks on the campaign website. 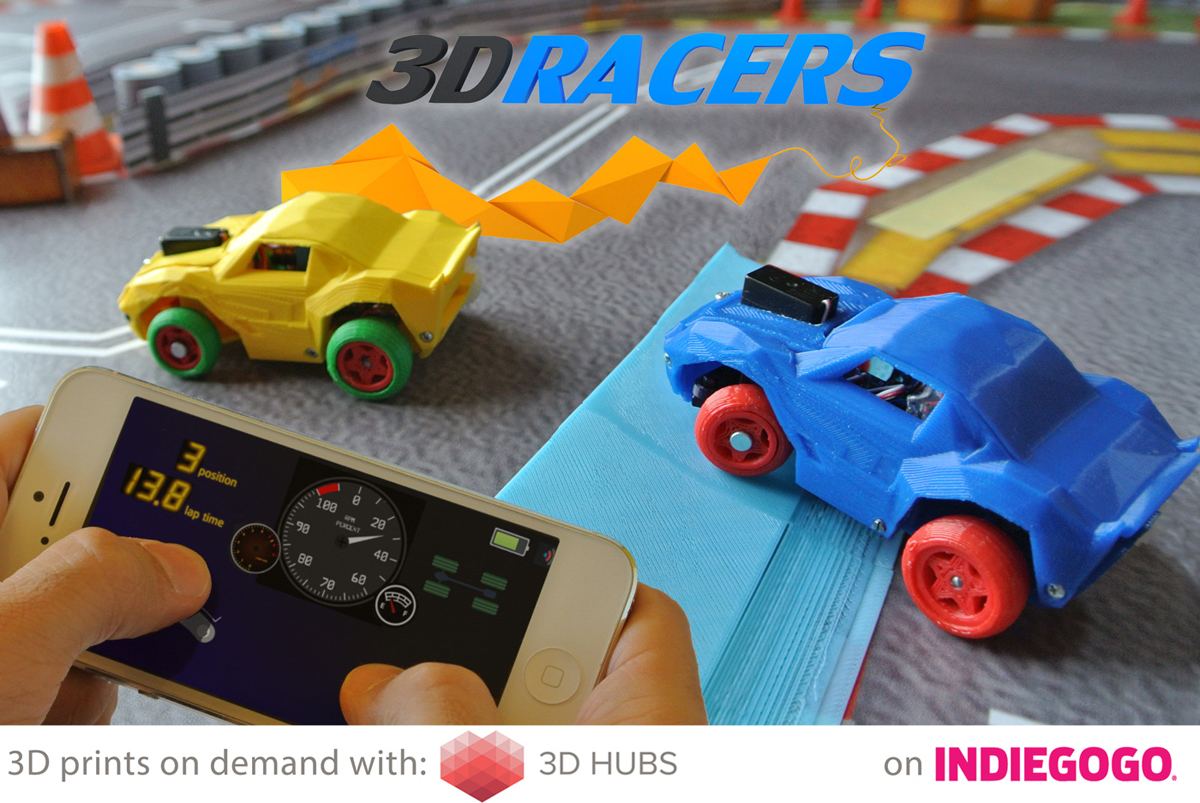 Now, for $39 (instead of the original $49), you can purchase the bare bones 3DRacers kit, which includes: “All the required parts to race, design online and then 3D print it yourself. Drive with your phone. Includes: one 3DR-Pilot board + 1 battery + the Car Kit + BACKER set, 3D files included: 3D print them yourself. FREE SHIPPING USA/EU/UK/CANADA, 15$ for other places.”