I love shooting pictures. This summer, I went to Amsterdam with a friend to do a photo shoot. We always decide to make pictures based on a specific subject or theme. There is always a good subject to select around the beautiful canals in the center of Amsterdam. However, it struck me to see that every two or three steps (yes!), you’ll observe litter on the street! Seeing = shooting, so a small personal impression is shown in figure 1 below, but believe me I have a lot more!

Environmental impact in some numbers

The pictures shown above give a local impression of the negative impact we have on the globe. On a global scale, it is estimated that we consume approximately 1.5 times more resources than our earth is able to replenish. This blog is not meant to provide a comprehensive overview of all of the environmental issues we face, but a quick web search reveals some serious issues that impact our global environment, in which plastics are involved. Per year, we globally produce or dispose of:

These environmental impacts drain our scarce resources, as well as exacerbate water depletion and pollution, agricultural land use, human health, and food scarcity for the poor.

The need for recycling

What can be done for our civilization to become more sustainable? In accordance to a McKinsey study, recycling of resources belongs to the top-5 most effective ways to reduce global warming (see figure 2). In addition, it is also perceived by 51% of consumers interviewed in the US as the most effective way to achieve more sustainability. On the other hand, eating less beef is an even more effective way than recycling to reduce global warming, but, according to those same US consumers, the perceived effectiveness of such a practice is very low, with just 3% believing it to be effective. Apparently, people are not willing to reduce their meat consumption, despite the fact that it is good for our Earth. However, recycling is both effective and people are keen to enable its implementation. A good combination I think.

How effective is the recycling of thermoplastics (plastics which soften and eventually melt when the temperature is increased and, respectively, harden and solidify during cooling)? Recycling of oil-based thermoplastics can save up to 80% of the energy needed to produce new (virgin) plastics derived from oil. Virgin thermoplastics, such as polypropylene (PP), polyethylene terephthalate (PET), or polystyrene (PS) have a carbon footprint of about 6 kg of CO2 per kg of polymer. When we recycle those polymers, a savings of 1 to 3 kg of CO2 can be achieved per kg of replaced virgin polymer. Recycling of polymers, then, significantly contributes to a more sustainable world.

However, figure 3 shows that we recycled only 6.6 million tons of plastic from the 45.9 million tons we consumed, 14.3% of the total consumption of plastic in Europe in 2012. And 9.1 million tons of plastic was incinerated for energy recovery purposes in 2012. In EU countries, which do not ban landfilling, 9.6 million tons of post-consumer plastic waste was still disposed. To give you an idea of this impact, it is assumed that PET will naturally degrade in 200 years, and ethylene vinyl acetate (also used in shoes), in about 1,000 years… It is clear that those waste “mountains” are growing substantially, despite the fact that we need to rely on those resources more and more. Recycling is not only an effective way to reduce global warming, improving the recycling rate of plastics has a large upward opportunity, too.

What can Makers learn from all of those numbers? First, recycling is an effective means to reduce global warming impact. It also helps to avoid contributing to the plastic litter in the streets or “plastic soup” at sea. Secondly, because people perceive recycling as an effective means to reduce the impact of global warming, there’s a strong intrinsic incentive to do so. Finally, the recycling opportunities of plastics are huge, and that is evidenced in the emergence of filament made from recycled materials. 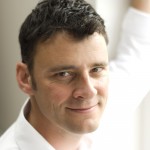 Jan Willem Slijkoord is an expert in materials sciences, sustainability and complex business development in high-tech innovative environments for over 20 years now. Jan Willem is the senior business development manager of chemicals at TNO, the Dutch national laboratory of applied sciences, where he applies and develops innovative clean technologies and business models via new ventures and business cases in close collaboration with the chemical industry. Based on his plastics expertise and polymer industry network, Jan Willem decided to found CiorC, a company that develops innovative filaments based on recycled plastics. In collaboration with the Dutch filament maker Innofil3D, they launched the InnoCircle recycled filament productfolio.