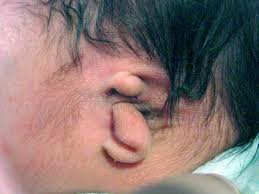 Thousands of children are born with the congenital deformity microtia, which, literally translated from the Greek means little ear but medically refers to a very small or missing ear. Often the inner ear is perfectly fine, but hearing loss results from the missing outer ear. Other common causes of ear loss include cancer and accidents.

Medical researchers and Biomedical Engineers from Cornell have recently published a study into a solution for patients suffering in this way in the form of artificial ears that “precisely mimic the normal anatomy of the patient-specific external ear as well as recapitulate the complex biomechanical properties of native auricular elastic cartilage.”

Simply put, the researchers have developed a method for reproducing human ears that look and behave like the real thing. The methodology, as would be expected, is complicated and utilizes a range of digital and 3D technologies, including 3D printing but the results are providing hope to many patients with missing ears.

Essentially moulds for the generation of ear constructs were created from digital images of human ears using 3D photogrammetry. These images were subsequently processed to remove digital noise and edited to produce an image with a continuous surface. Subsequently, the cleaned up images were converted to STL files using Studio 4.0 from Geomagic and imported into SolidWorks 3D CAD where a 7-part mould was created — all of which were 3D printed in ABS plastic on a Stratasys FDM 2000 3D printer. All parts were full sterilized before collagen implant moulding. The flexible ears then grew cartilage over three months to replace the collagen used to mold them. 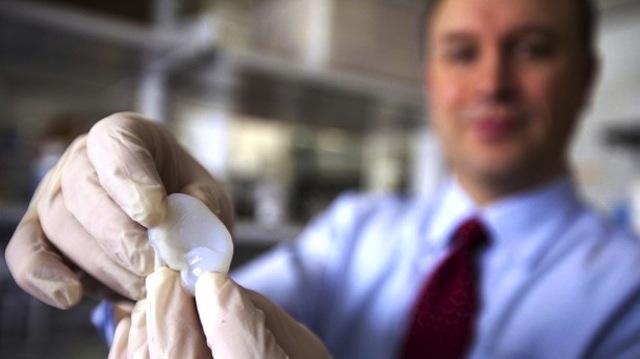 According to Lawrence Bonassar, associate professor of biomedical engineering at Cornell and a co-author on the study: “This is such a win-win for both medicine and basic science, demonstrating what we can achieve when we work together,”

The construction process was relatively quick, taking half a day to build the mould, a day to print it, 30 minutes to inject the ‘living’ gel and the ear can be removed just 15 minutes later. At this point it spends 2-3 months in an incubator when ‘the tissue fills in and looks white, just like real cartilage.’

Using this process for ear transplants is expected to reduce the chances of rejection over existing methods because it uses living human cells from the patient to build the ear. It is hoped the process will be applied in as little as three years.

The overall goal is to provide the next generation of implants that will last in the body for decades.

An interview with Lawrence Bonassar can be viewed here: