TeMAAK, the company behind he RotoMAAK is really just maker Mark  VanDiepenbos who came up with a really simple and easy to use machine that can enhance the usefulness of 3D printing for small businesses. Being able to turn rapid prototypes into rapid manufactured objects could potentially be a game changer for small 3D printing businesses.

Rotational casting, or rotocasting involves using a hollow mould filled with a resin or plastic that is rotated around two perpendicular axes while the resin dries. The random and consistent rotational movement will keep the resin from pooling and will evenly distribute it along the inside of the mould. Once dried and removed from the mould it will be a perfect resin replica of the moulded object. Considering that a typical 3D print job is measured in hours while a resin replica from a rotocasting machine only takes minutes the potential uses for small scale manufacturing should be obvious. Depending on the print quality of your machine you can even 3D print the mould itself rather than printing an object and moulding that, saving even more time. Not to mention the savings in materials, as a hollow replica is going to cost significantly less than a fully 3D printed replica. Consider this horse head, the cost of casting it in solid resin (the white horse) is $7.70 while the cost of casting it hollow using the RotoMAAK (the clear) is only $2.25. 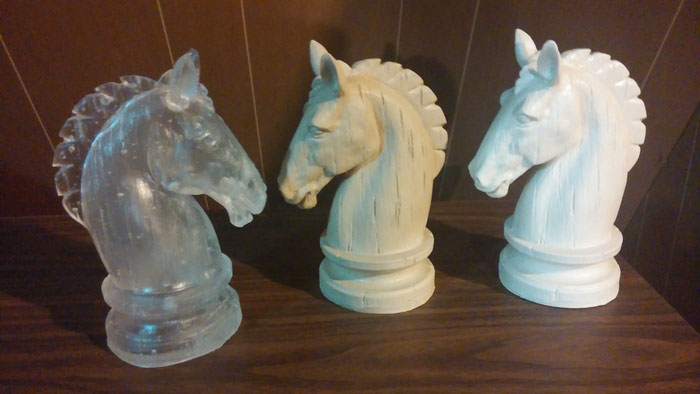 You can listen to the creator talk about the RotoMAAK and see it in action in the Kickstarter video:

Much like 3D printing, Rotocasting isn’t new technology. It was first used in the 1800’s to make metal artillery shells by filling a mould with a small amount of metal shot and heating the mould while it rotated, creating a metal shell that had a consistent thickness and density. It was later used to make hollow chocolate eggs, wax objects and objects from plaster of Paris. In the 50’s plastic was used in a rotational casting machine by heating the mould until the plastic melted and cooling it in water. This process was used mainly to make doll heads and other toys but its use was limited as the plastic materials available were limited. But now with modern air dried two-part resins the necessity for a heating element has been completely eliminated, allowing a desktop version to be created. Enter the RotoMAAK. 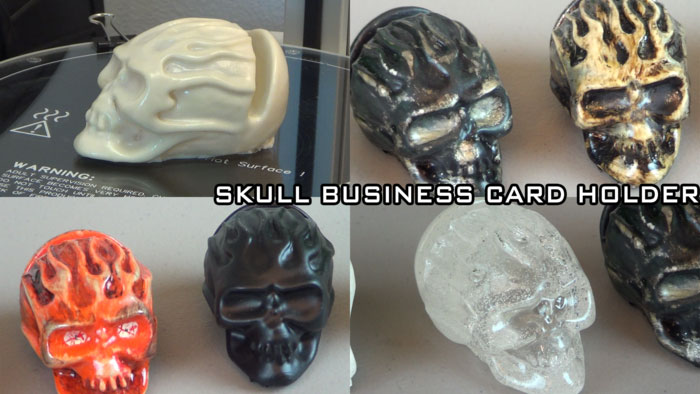 VanDiepenbos launched his desktop rotocasting machine on Kickstarter last month, quickly sailing by his $17,000 goal in under a week and is currently homing in on his first stretch goal. The machine itself has a small footprint and is constructed from a ¼ inch precision laser-cut melamine frame. The frame is held together with bolts and the tabbed pieces add extra durability. It is run using a single twelve volt motor that rotates the machine on its main axis while a system of belts and pulleys drive the minor axis. Different shaped and balanced moulds and different resins will require different speeds so the motor has fully variable speed settings and the mould saddle is adjustable and can accommodate many different size and shapes moulds.

You still have about a week to get your own machine for under $700 including a starter supply of moulding and casting materials, measuring and mixing supplies including a how-to booklet. Or if you’re a maker yourself you can just buy the parts and construct your own using your own sourced hardware for only $150.00. The first stretch goal is to construct the machine in black melamine and that will fund when the campaign reaches $35,000, a goal that it is very likely to meet. VanDiepenbos has a second stretch goal planned but he has not announced what it is yet.

You can learn more about rotocasting on the Kickstarter page where you can also watch several video’s of well respected industry pro’s, including the SeeMeCNC guys, talk about the usefulness of the machine.