A lot has been going on for Pinshape lately. The Mountain View company, part of the 500 Startups Accelerator (Batch 9) program, has built an online marketplace combining features from iTunes and Pinterest and is now moving on to the next phase of its expansion. To do so it is organizing a design contest for 3D printed toys, that will subsequently be donated to the Lucile Packard Children’s Hospital in the San Francisco Bay Area.

Together with some big 3D printing industry names that include ZBrush, Sculpteo, and Pixologic; Pinshape is going to reward the best designs — submitted by August 1st. The toy theme is inclusive and covers static figurines, action figures, puzzles, games and game pieces. A panel of judges formed by professional 3D print artists such as Adam Ross (who worked on Iron Man 3, Wolverine, Captain America, Robocop, Oblivion and Pacific Rim), Joe Menna (DC Collectibles, McFarlane Toys, Dark Horse and Gentle Giant), toy artist Greg Callahan, and entertainment specialists Klim Kozinevich and Paul Gaboury, will choose the best designs that will be donated to the hospital’s young patients. 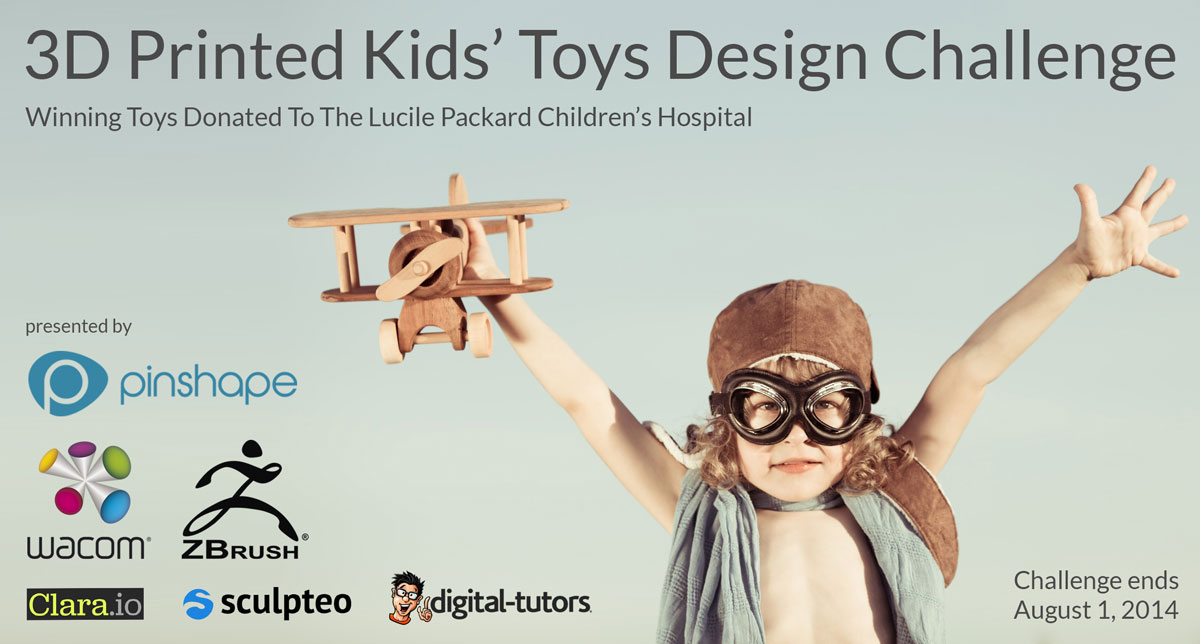 The contest winners, up to the fifth classified, will receive prizes from the contest sponsors and will have their toys featured on Pinshape’s Amazon Store. 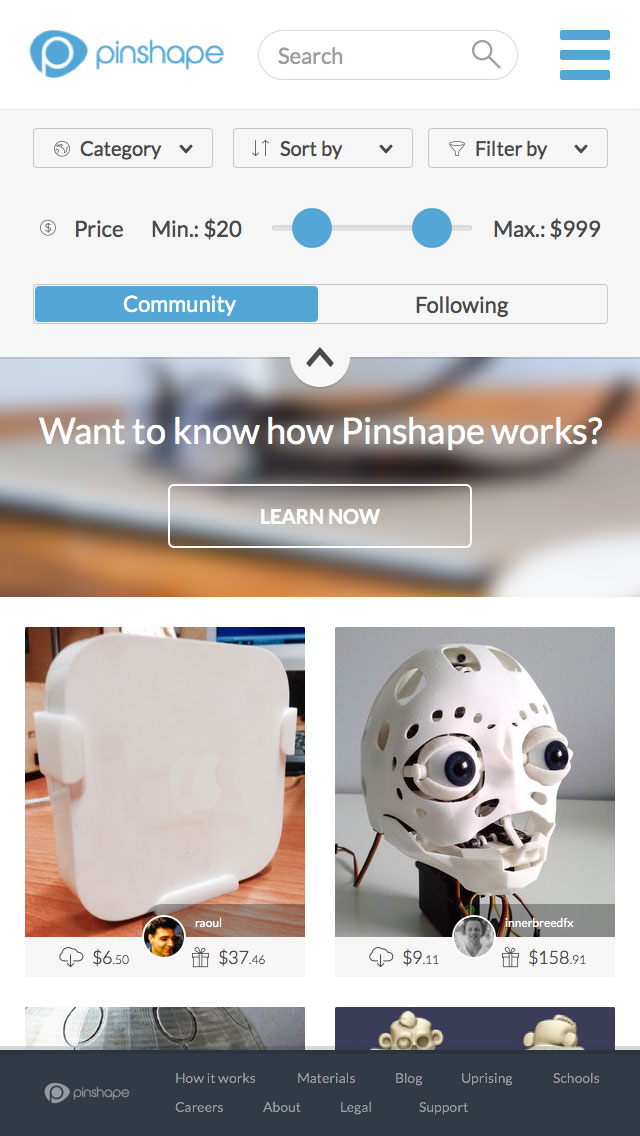 That’s because, coinciding with the contest launch, Pinshape will be completely redesigned for more intuitive and immediate access on Web and iOS, and, perhaps more importantly from a purely business point of view, it will launch its partnership with Amazon.com to sell some of its best items in the 3D printed items section of the eCommerce giant.

Pinshape will join a small group of 3D printing companies directly present on Amazon. The best designs – including the contest winners – will be hand picked to be featured and sold strictly as physical objects, printed on demand in up to 35 different materials and shipped directly to the customers through Pinshape’s own internal 3D printing capabilities.

Although Pinshape argues it differs substantially from other online 3D printing model marketplaces (by allowing streaming prints and being hardware agnostic, while focusing on model printability, the biggest challenge for Pinshape, as for similar online marketplaces, will be obtaining a sufficient number of quality designs. Many such start-ups organize contests to try to attract the 3D modelling community’s attention. Doing it for a Children’s Hospital seems to me like a pretty good way to start.