While Meckler Media’s Inside 3D Printing event series have been successful since their inception nearly two years ago, the man behind Meckler Media, Alan Meckler, had also seen the need for a mutual fund devoted to 3D printing technologies, leading him to launch the 3D Printing and Technology Fund (TDPIX, TDPNX) with his son, John Meckler.  And, just as Inside 3D Printing grew incorporate robotics into its shows, already seeing one iteration in South Korea and looking forward to another in Tokyo this October, so too has the mutual fund added robotics to the mix, as, today, the fund has announced the change of its name to the 3D Printing, Robotics and Technology Fund. 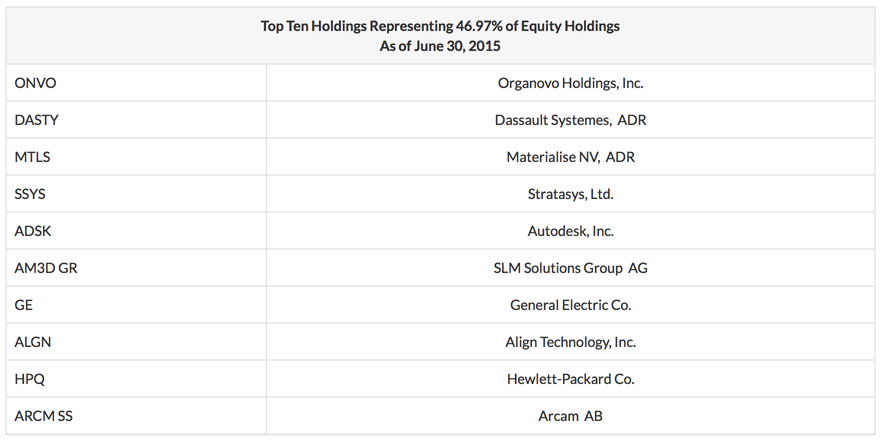 This name change reflects the funds growth into the robotics field, as 3D printing and robotics are naturally tied together. Alan Meckler elaborates, “3D printing continues to be a rapidly growing field as it disrupts traditional manufacturing and aids the growth of new medical, dental and bioprinting horizons.” He continues, “Adding Robotics to our Fund name is logical as the robotics field is growing rapidly too and there are many sectors where the lines are blurred between 3D printers and robots. In fact 3D printers are essentially robots. We are excited to have one of the few investment vehicles in the mutual fund space that targets these two dynamic areas of growth.”

The 3D Printing, Robotics and Technology Fund will still continue be managed by its advisers, with Alan M. Meckler as Lead Portfolio Manager and John M. Meckler as Co-Portfolio Manager and Chief Compliance Officer.  The Fund can be purchased through online brokerages Schwab, Vanguard and Scottrade, in addition to the Fund’s own website and Pershing, Matrix Financial, SEI Investments, and other dealers.

Recently, Inside 3D Printing also added a virtual reality component to its Santa Clara event, leading me to wonder if the Fund will grow to incorporate the full scope of mixed reality technologies that have begun to emerge.  Perhaps when VR, AR, and haptic devices are at a stage of more widespread use, the Fund will see the companies behind them as worthy of investment, as well.

By adding robotics to its portfolio, the Fund should be able to offset some of the drop in stocks seen by 3D printing stocks this year.  The Fund is in it for the long haul, unlike those who may have short sold 3D printing stocks as they reached overinflated levels.  Because the Fund is a mutual fund, its duty is to ensure a safe investment and, if it incorporates new, related technology into the portfolio, it will ensure that investors’ cash is safe regardless of any spikes and dips in the trading cycle. And, now, as 3D printing technology undergoes true development, rather than hype, these stocks may continue to climb to sustainable and profitable levels again. At the same time, larger companies are entering the space, evidenced by the Fund’s inclusion of HP, which should make the mutual fund stronger overall, at least as long as those companies maintain their strength in the industry.  Then again, I’m no analyst! So, I should keep my thoughts to myself.