Created from an innovative material, a special 3D printed object will soon take pride of place in the home of a prize-winning athlete. The Virtual Foundry, a 3D printing material manufacturer, are working in partnership with Kent State University Athletics and the Coast Guard Aviation Association (CGAA) to produce a unique object; a 3D printed trophy.

As recently reported by 3DPI The Virtual Foundry makes a range of feedstock for the most widely used 3D printing process, extrusion or FFF. The Filamet™ range is available as either an ABS or PLA filament and is infused with a choice of either bronze or copper metal.

Motorsport introduced the idea of 3D printed trophies in 2010 when the Italian architect Antonio Pio Saracino created prizes for the Sachsenring Moto GP and Formula One racing’s Grand Prix in Hungary. But unlike the Filamet™ trophy, these trophies were made using the generally most expensive SLS type of 3D printing. Furthermore, the 3D printed trophies were separately lacquered, or painted, with gold, silver or bronze. The innovative material sold by The Virtual Foundry requires no such treatment.

Kent State University (KSU) must be pretty impressed with The Virtual Factory material because this particular trophy is held in extremely high regard and carries the name of a KSU icon. Named after one of the university’s sporting heroes, Jack Rittichier, the 3D printed trophy is destined for the Most Valued Player (MVP). Rittichier was a KSU student in the 1950s and was captain of not only the football team and the track athletics team but, also chair of the campus entertainment committee, known as the Pork Barrel.

Rittichier’s performance on the football field and especially his 1954 90-yard touchdown run that took the university into its first bowl game is celebrated to this day. After graduation Rittichier served in the U.S Air Force where his bravery and determination saw him promoted to the rank of captain. He continued to demonstrate these qualities when he accepted a commission in the Coast Guard Reserve. Notably, Rittichier received several commendations during this time for flying search and rescue missions. “He was James Dean and Marlon Brando all in one package,” said his former team-mate Allan Kaupinen. “When he walked across campus, you noticed him.” 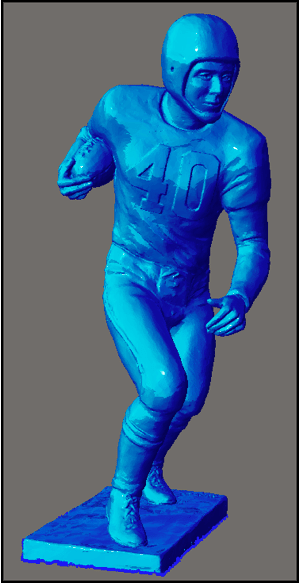 Understandably, KSU want a trophy that honors this iconic figure and one that the MVP will be proud to win and display. The Virtual Foundry is certain their materials are the right choice. The Filamet™ range can be 3D printed to produce objects that have the attractive appearance of metals, without the cost or technical challenge of older industrial processes. An object fabricated in this manner can either be polished after printing, to add an appealing shine, or undergo heat treatment to further improvements.

The Virtual Foundry say that by following their 4 step sintering process instructions users can make 3D printed metal components that are 99.9% pure. This is because sintering removes the residue binder and allows a solid mass of metal to form. Sintering can also improve other qualities of 3D printed metals such as strength and conductivity. The company’s Bradley Woods says this is the, “Holy Grail of 3d printing; Pure metal prints from existing desktop printing hardware.” 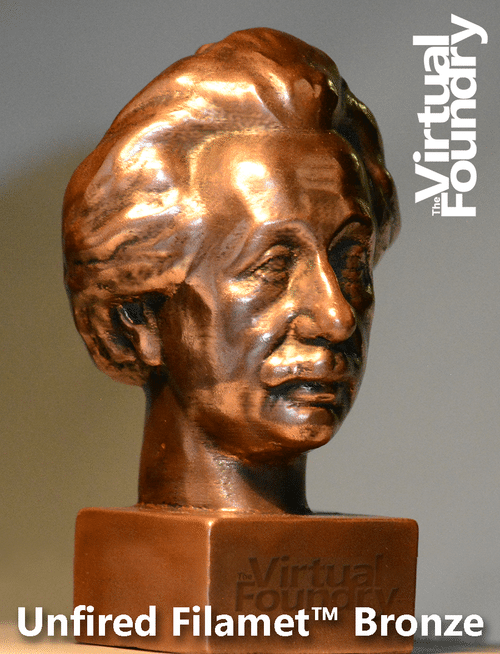 The Virtual Foundry wears their Maker credentials proudly. The Maker ethos inspired founder Glenn to not only develop a metal infused filament suitable for desktop printers, but also to develop a production process to boot. Drawing on his experience as a Certified Master Metalsmith and with an array of Arduino micro-controllers, Glenn designed and built the unique machines that now produce this novel 3D printing material.

The material is suitable for use with most FFF 3D printers, or with a 3D pen if freehand crafting is required. The company plan to expand the Filamet™ range with a brass type product and then possibly a nickel-silver material.

Producing the Jack Rittichie KSU MVP trophy is another step along the way for Filamet™ towards bringing new materials to a wider group. 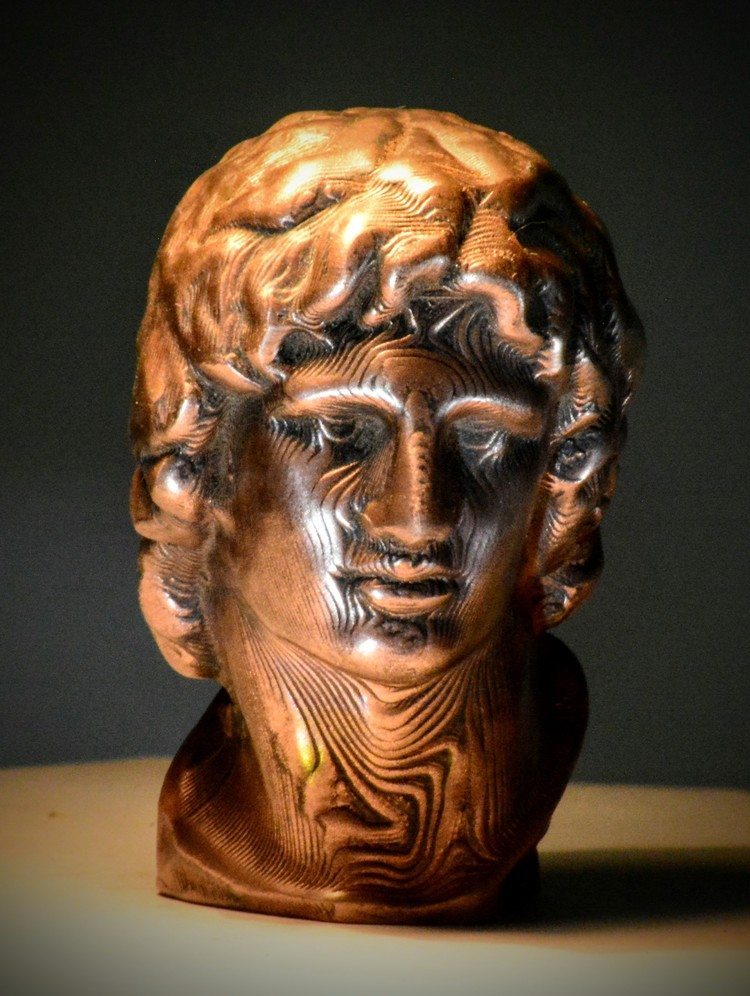