Slowly, the endeavour by American Graphite Technologies Inc. and the Kharkiv Institute of Physics & Technology (“KIPT”) to engineer 3D printable graphene is coming to fruition. In May, we announced that the partnership between the graphite mining firm and the Ukrainian institution had formed. In July, they received their first abstract from the project manager, D.V. Vynogradov.  And, on October 1st, the project, named P600, was granted “live status”, having received final approval from the Science and Technology Centre Ukraine (STCU).

The research team – made up of 8 scientists and PhDs with experience in the fields of nanotechnology, 3D printing, solid state physics, physical materials and thermal physics, can now proceed to studying the material properties of the one-atom-thick carbon material, as well as the possibilities for printing it. The CEO of American Graphite Technologies, Rick Walchuk, had this to say about the news: 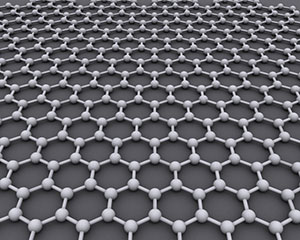 I am very excited about the startup of Project P600. During the next few days I will be meeting with the project manager to discuss the various avenues his team will explore with respect to using graphene and nanocarbon materials in 3D printing. We have some exciting ideas and if successful, we hope that our developments could open up new and innovative products for the marketplace.  Now that we have the approval from the project administrator (STCU) we will be gearing up and starting immediately on the project.

In my last coverage of P600, I was informed by a reader that 3D printing graphene might actually be doable in your own garage, albeit somewhat crudely.  If any of you Makers out there wants to cut through the Ukrainian red tape, maybe the video below can inspire your own graphene production. Don’t forget to let us know about your progress!