Dimension Alley is a 3D Printing Fan’s Cup of Tea

I am writing this article sitting inside Dimension Alley, Berlin’s first 3D Print Shop. I just came for a quick visit the day after Inside 3D Printing Berlin finished, but ended up staying a whole lot longer. The atmosphere is relaxed and the shop’s motto, Cafe and Drucken (cafe and print) is on target. The coffee, cakes and cookies are amazing, with soft dixieland music and an Ultimaker 2 quietly fabricating in the background to make it all the more pleasant.

Insert Image: cookie.jpg with caption Norma’s cookies may not be 3D printed but they are fab-ulous!

They also have a Flashforge Creator and a Replicator 2, which was being repaired at the time of my visit. “When we opened we were debating whether it would have been worth it to get an industrial grade 3D printer,” says Amin Torabi, whose business card reads “co-founder and specialist for 3D printing,” following a background in software and product development engineering. “In the end we realized we would have had to compete against highly specialized rapid prototyping services. We had also considered 3D System’s full colour CJP systems but opted for a softer approach, to get people involved and see their involvement grow with consumer technology.” 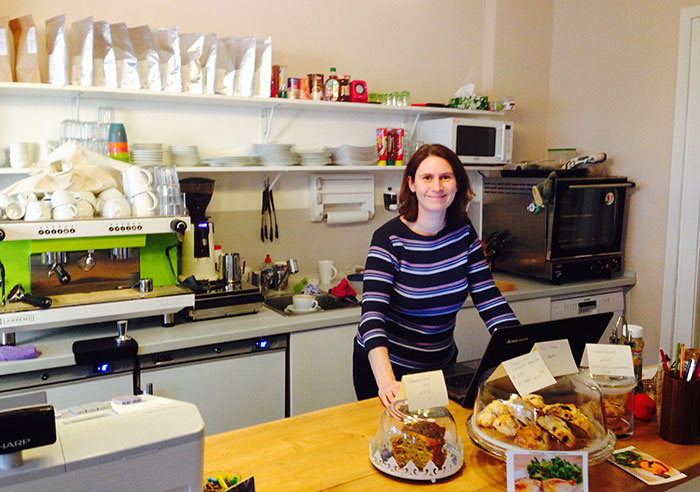 “That is how we decided to go for the consumer market,” adds Norma Barr, who is also co-founder and is responsible for the amazing cookie recipes as well as the interior design. She also has an engineering background and focuses her expertise on teaching courses on 3D printing for single customers or students and classes. This is how Dimension Alley wants to help people realize the new creative possibilities of 3D printing. “Education is extremely important in this early stage because it will be the children of today that will fully explore the potential of personal fabrication,” she argued. 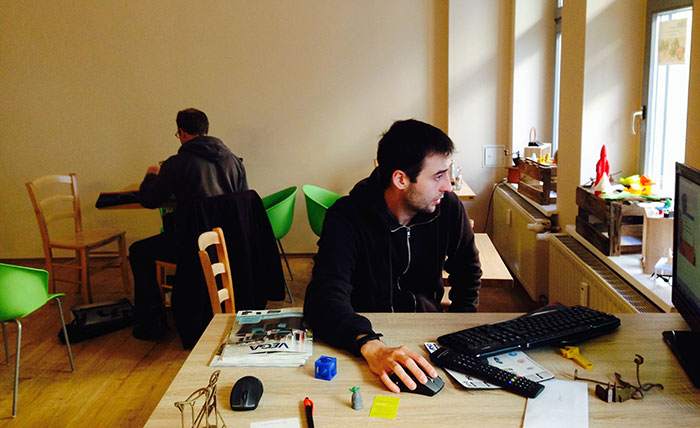 The shop business model is based mainly on the cafè to set the backdrop for services such as “Scantastic”, that is personal replication by 3D scan (via Kinect and Fablytech software). Dimension Alley offers a 1/2 body single colour, 3D printed figure starting at 29 euros. That is the same introductory price for 90 minutes workshops that teach customers how to design and 3D print their first object.

In the future they plan to grow specially in the field of small scale manufacturing (through external partners) and 3D design. Currently though the simpler designs are created internally but anything more complex is contracted out to Design Factory, a 3D design service and marketplace start-up, based both locally, in Berlin, and in Bangalore (India), also founded by Amin Torabi. 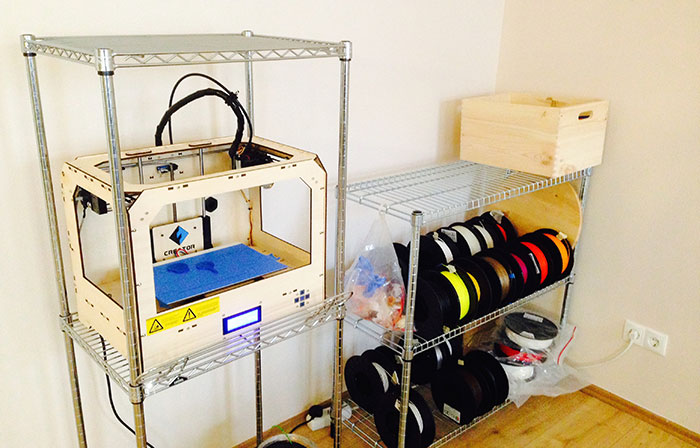 The shop has been open since last December 16th and is in the Prenzlauer Berg district of Germany’s capital, not far from the local Fab Lab. “We are aware that current FFF/FDM 3D printers will become obsolete very quickly but we still think that 3D printing will just keep on growing with consumers and normal people, not just with makers, so our business model is very much focused on exploring and teaching 3D printing for newcomers.” Torabi told me.

This means that Dimension Alley is first and foremost a place where people go to learn the basics of 3D printing and that partnerships with schools and academic institutions are one of the main activities and potential sources of revenue. “We opened last December and have since had 10 people sign up for individual workshops but most of the enthusiasm is in schools and classes of all ages. We have had a few classes with around seven or eight students: in some cases they came here and other times we went there. The number of classes making reservations is growing every month, even as young as kindergarten.” 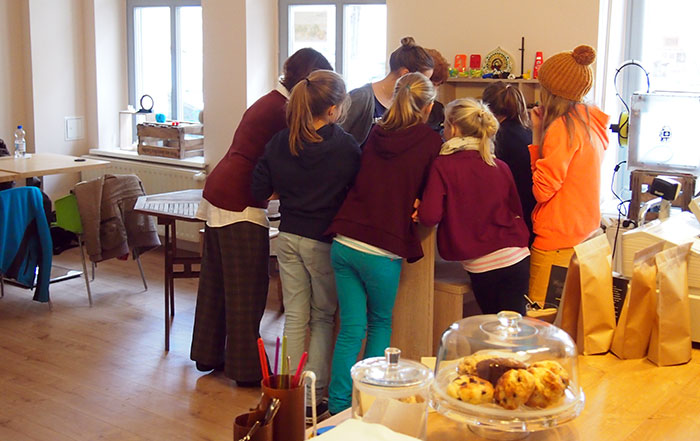 With the younger kids the experience is limited to letting them choose the shape and the colour of the object to print. Girls generally choose rings and boys choose rockets. “But there is no difference in the passion they show for creating objects,” Norma told me.

Looking at the models on show throughout the shop another aspect became clearer: like many other 3D Print Shops, Dimension Alley is in the very early stage of what many have come to define as a Local Factory. Some of the objects printed include items for local businesses and professionals, such as a a 3D printed hip bone for a local doctor and patient or some small prototypes for local designers. Nothing may beat Norma’s cookies but this concept for a future nieghbourhood factory is definitely my cup of tea. 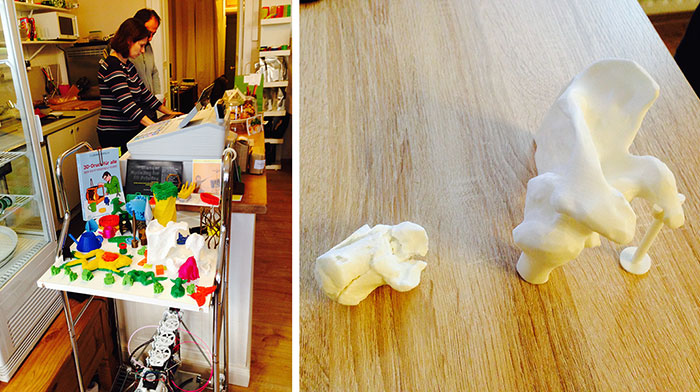