3D printing can revive local manufacturing, but will it?

We have the power in our hands to take manufacturing back to the masses and reverse the trend of mass manufacturing in far off lands. So could local FabStores, or mini factories, have a future?

Well they could, but there needs to be a compelling reason to change the current system. Cost is always a factor, but the FabStore advocates might want to focus on the higher level of customisation and increased perceived value as a USP.

Manufacturers have tried to offer some level of customisation with mass customisation. Modular assembly allowed for a combination of options and this method still lends itself to centralised production.

This is nothing, though, compared to the potential level of custom finish that you could expect from a local FabStore and increasingly advanced web-based design tools.

The more input you give the customer to their product, the greater the level of emotional attachment and the higher the perceived value. With this personal finish, it could make sense to move the manufacturing base as close to the end user as possible.

Factors that could determine the success or failure of the FabStore concept include economies of scale, postponement, transport demand, lead times, production flexibility and environmental issues. These affect both the customer and the supplier, but the whole concept goes deeper.

The very notion of brand names could come under threat if a FabStore prints the item, intellectual property comes into play and there are all manner of other issues like quality control to consider.

So even if a FabStore is a perfect way to take manufacturing forward, that’s no guarantee it will happen. If it does, expect it to be some kind of compromise.

Right now there are factories in far flung lands specialising in one thing. A single factory churns out millions of screws, chairs or even televisions. They are then loaded on to ships, or planes, and transported around the world. It’s a system that works, but it is also flawed.

Global transportation is generally frowned upon these days. The environmental cost is immense and we all know that this business model exists purely because it’s the cheapest. Labour costs, factory space and other key factors have determined the current business model and a client base that wants the budget option is happy to accept the consequences.

3D printing opens up new alternatives, though. It gives us the option to produce locally once again. One way to achieve this is with a FabStore, a mini factory, in every major city and town.

These decentralized, close to market mini factories could print most products on demand. This would reduce the shipping costs and delivery times, as well as giving customisation and some level of participation in the production process. That has to be a win and the customers largely agreed in a recent survey.

The companies are less convinced, for some of the reasons outlined above, and seem to favour a halfway house. A good example is a television set. It is perfectly reasonable that the end user wants their own input. It also makes sense that an electronics company would not want to outsource complex and legally protected plans to a third party and entrust their reputation to a local FabStore.

One obvious solution is to send the ‘guts’ to the Fabstore, where it can be ‘dressed’ in a 3D printed frame. Nokia already pioneered something similar by releasing 3D plans for Lumia 820 smartphone.

This means that mass manufacturing still occurs and shipping is still a part of the equation, although the situation is improved with reduced volume.

There is no lead time reduction unless the FabStores find a way to stockpile the essential electronics, either. This is the system the manufacturers favoured in a recent survey, but this halfway house might actually defeat the point of the whole exercise and the only advantage will be the level of customisation.

This may then come at an additional cost that persuades the consumer to simply buy a cheaper version ‘off the peg’. So electronics might be ruled out altogether.

Is a FabStore better for the environment?

A series of mini factories spread around the world could afford environmental advantages, too, but that’s not cut and dried. They still need to keep the lights on and have their own transport system and more.

It’s a complex equation that nobody seems to have solved as yet. That is a critical factor in consumer acceptance, together with the other crucial factors of reduced lead times or immediate pick-up and the level of customisation.

What could happen is that we pass over the FabStores entirely. We could simply have the 3D printer in our home and buy the parts for the TV as we do now before printing our own snap on cover from downloaded plans. Local entrepreneurs could plug the gap created by those without the know-how and sites like eBay could be flooded with options that the less tech-savvy can pick from at their leisure. 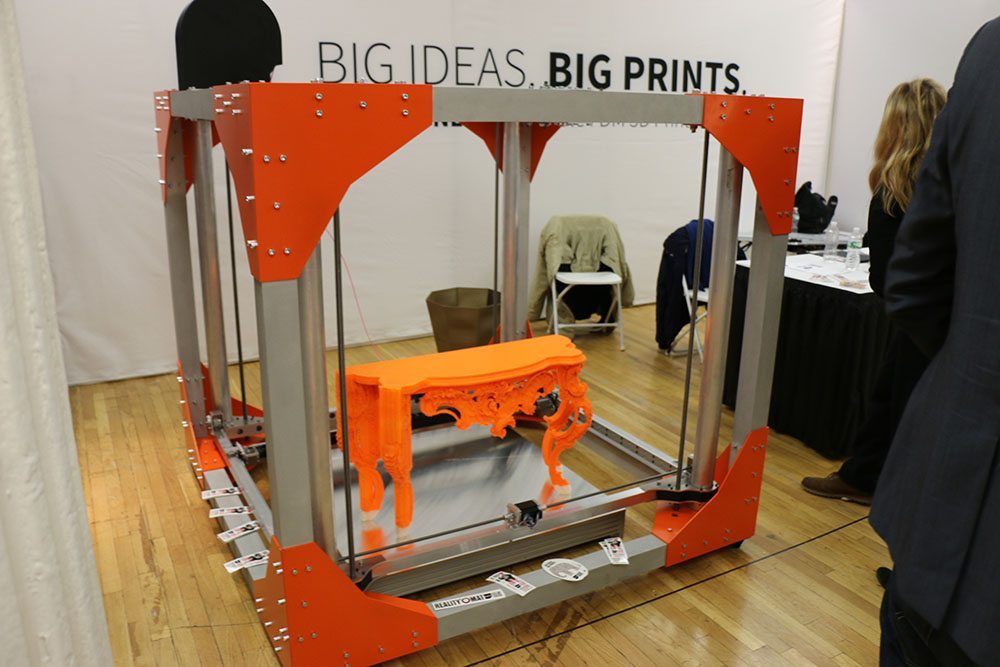 Another potential option would be to take the FabStores upmarket, effectively turn them into boutique studios turning out expensive metal frames for televisions and turning a vase into a dramatic, custom work of art, for a hefty price. This goes against the FabStore ethos, but it is one solution that might find a ready market and such Ateliers already exist, so there is a business case.

There is also a case for FabStores for the mass market, but it is far from rock solid. Only time will tell how the market develops, though, and mini factories will certainly try test the market in the coming years.