The reader may well, most understandably, find that upon the realisation mankind is on brink of genuinely considering terminology such as ‘home-world’ as a pragmatic, technological, and indeed industrial, reference takes a while to rationally and emotionally accept. In this next part of the series I will be looking at specific applications of 3DP to nano-sats, the International Space Station, and examining how capturing an asteroid can be a BIG earner. For example, asteroid 1997 RT, which has an estimated net worth of USD$6.21trillion.

Nano-sized probes have the fundamental benefit of being more energy-, material- and thus cost-efficient to launch.

Fabrication at nano-level is more technologically complex to achieve, but given that Two Photon Polymerization (2PP) facilitates the arrangement of fundamental particles, the main obstacles of either creating artificial gravity via centrifugal force (speed of rotation regarding kinetics affect upon the materials and,  to an extend mechanics of the laser would be one of the problems here) or utilizing recent Higg’s Boson discoveries and their interrelatedness with dark matter / energy (pushing the limits of human understanding here: my extrapolations and speculations will appear in forthcoming editions of my new space orientated blog Exo.logical, as time allows) is not, potentially, completely out of the question.

Whilst not utilising the teleportation of fundamental particles to create new structural arrangements akin to the replicators of Star Trek fame, the plausibility of mankind accomplishing methodologies to create self-replicating star-ships, albeit not at nano-level, are not wholly alien.

2PP selectively solidifies successive layers of a photopolymer resin at a resolution as refined as 100-200 nanometers.

Put another way, Standard Stereolithography currently accomplishes a still-amazing and utterly applicable resolution of 0.025mm in X / Y planes, and 0.05mm in the Z. 2PP can accomplish resolutions as fundamentally small as 0.0001mm. 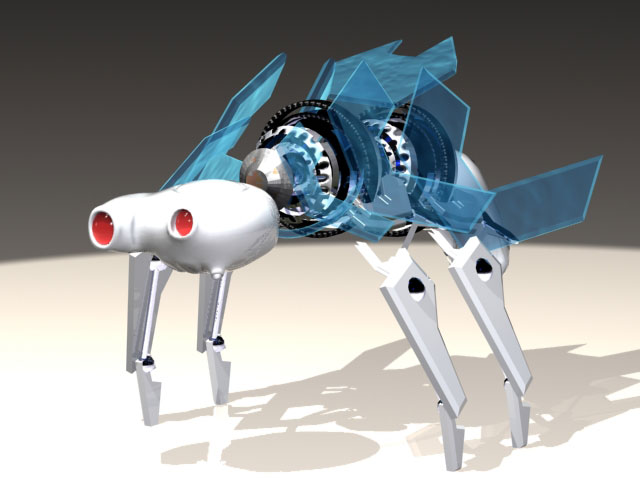 Sending self-replicating nano-probes to other worlds to mine the resources to reproduce, until the swarm capacity is sufficient to mine and build larger mining machines, in a cycle of expansion unto the point of a mining facility, and space-craft to return the mined resources, is almost possible now…

For now, 3D printing in space is confined by the variable of gravity, which affects the process in a list of ways will indulge the newcomer in another time, but, for now 3D printing is to be experimented with in the International Space Station’s Microgravity Science Glovebox (MSG) next June.

The Microgravity Science Glovebox is located in the European Space Agency’s (ESA’s) Columbus laboratory module. Developed by ESA and managed by NASA’s Marshall Space Flight Center (MSFC), the MSG was launched to the International Space Station (ISS) in June, 2002.

The 3D printer in question, created by Made In Space, a U.S. company concentrating on exactly the problems were are here discussing, kickstarted by the Singularity University – the world’s foremost base of education for forwarding technological progress.

According to Made In Space, the organization that is working NASA’s Marshall Space Flight Centre, more than 30% of the spare parts currently aboard the ISS can be manufactured with their advanced, custom 3D printers – as covered earlier in the year here.

To quote Singularity University’s Made In Space Profile:

‘MADE IN SPACE, INC., a venture from SU’s 2010 Graduate Studies Program, is dedicated to enabling additive manufacturing in space. MADE IN SPACE has partnered with NASA to send customized 3D printers to the International Space Station, with the first printer scheduled to arrive in the latter half of 2014. Their Unique Innovation Lab has completed over 20,000 hours of printer testing, including multiple rounds of microgravity test flights. The advantages of 3D printing include limited material waste, the ability to build complex geometries, immediate production time and minimal human involvement. MADE IN SPACE hopes to revolutionize the way we currently look at space exploration, commercialization and mission design.’

The Microgravity Science Glovebox offers an enclosed 255-liter (9 cubic foot) work area accessible to the crew through glove ports and to ground-based scientists through real-time data links and video. The sealed work area is held at negative pressure, allowing the crew to manipulate experiment hardware and samples without the danger of parts, particulates, fluids, or gasses escaping into the open laboratory module.

I could further postulate and speculate regarding ways to develop this technology, but that is for my work elsewhere. For now, the awesome projects of companies such as Deep Space Industries, Planetary Resources and more show premise and promise to deliver extra-terrestrial resources to Earth to further push the potential Gross Domestic Produce of this world, whilst Mars One, and the projects of NASA, the ESA, the space programs of China, India, Russia, and more, continue to push the boundaries regrading the potentials of human civilisations on other worlds.

Whichever methodology is utilized to facilitate the mining of resources from outer space, the destination is of course equally important. Other worlds are inevitably the long term key to resources and new civilizations: whether the Moon, Mars, Phobos, Ceres, Europa, Titan – although ‘local’ asteroids are, inevitably, of the greatest potential worth: Bagging asteroid 1997 RT for it’s resources, for example, would net the company that achieved it an estimated profit of USD$6,210,000,000,000… 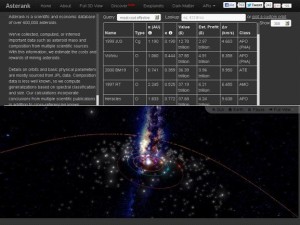 As the nature of this report is regarding the interstellar, an example of where a further human home-world outside of this solar system is an interesting point of reference: the cosy potentially life-supporting Kepler-26e pushes the limits of von Neumann probes however, as the Kepler-26 system is some 2,700 light-years from Earth, until self-replicating nano-probes can bend space-time, other solar systems are beyond their possibility.   For a pop-culture example, the remake of The Day The World Stood Still, provides a sci-fi example, wherein the nano-probes are used destructively, by more advanced intelligences, to prevent mankind from destroying the rest of the Earth’s biomass by ecocide.

Dispute climate change all you wish: but we are, irrefutably, currently in the midst of the fifth, and fastest, mass extinction event in the Earth’s history. The difference from the previous four, other than the shear speed of this biomass extinction event, is that this time round, it is not asteroids wiping out dinosaurs or super-volcano events, this time, a life-form is responsible, by it’s destruction of the habit of other species, consumption of the biomass directly, and so on. That species, needless to say, is Homo Sapien Sapien.  There is a minor irony that mining asteroids may help prevent this mass extinction progressing deep into the 21st century towards a world where the majority of species that prosper are the ones that are manufactured by our oft over-rated intelligence. Mankind is undoubtedly an amazing species, or, to me more accurate: set of sub-species – but living in denial of the mass extinction event that we are so blatantly causing is an indication that not all of those human sub-species have the genetic capacity to adapt to the reality of an empirical culture; a culture where acceptance that our species fate is intertwined with that of the rest of the biomass, and the world that we share with that biomass. Nature and nurture are not sole causes of our behaviour, epigenetics, and, increasingly, optogenetics, also play a vital role in this hyper-complex milieu.   Is it time for mankind to look beyond the trends of the past, to the means we possess in the present, to evolve the potential of the trends of the future? An evolution of trends in the permeable classifications of genes, memes, technology (techemes?) and phenological relationship with ecology (phemes?).

There has never been a better time to reach out into the depths of space. Next time, follow me into a journey into 3D printed aerospace applications: technologies that may further catalyse mankind’s journey into space, and aid humanity find it’s humanity, by liberating mankind from the Earth-bound limitation of resources.