We are witnessing a rise of new technology that can have disruptive implications on the global geopolitical, demographic, social, economic, security and environmental landscape. 3D printing technology, also known as Additive Manufacturing, has mainly been used for modeling and prototyping in the past two decades, however the recent developments in technology are now opening a door for new industries and ways of manufacturing goods in a grand scale.

The key driver of the 3D Printing technology is the ability to make products that were previously uneconomical due to the requirement for high volume, high costs of transaction or logistics, or design difficulty. 3D Printing technology removes these constraints; production can be in any quantity, mass customization is standard, production can be undertaken speedily and anywhere, and just-in-time manufacturing is optimized with no inventory.

3D printing technology, also known as Additive Manufacturing, has mainly been used for modeling and prototyping in the past two decades

The current key operators in the market are the printer manufacturers, largely based in the US. Companies like 3D Systems and Stratasys are investing heavily into R&D and producing the majority of the new hardware used in 3D printed creations we see today.  Traditional printer manufacturers such as Hewlett Packard are also following the industry very closely and forming their entry strategy to this fast evolving space. According to some industry analysts the changes are that some of the large manufacturers are looking to acquire their market entry together with a leading 3D printer manufacturer. So far this has been just rumors, however the anticipation for market consolidation is high.

One of the hot topics for the 3D industry is related to what these new printers are actually capable of producing. This is of particular interest to people who are new to this technology and want to get their head around how this all works. As mentioned the starting premise for the industry was to create prototypes to be manufactured into final products using traditional methods. The production capability of the 3D printers has seen an explosive development in the past couple of years, for which we have provided plenty of practical samples on this site, and the most pertinent prediction of the next couple of years ahead comes from the aviation industry. According to General Electric, which is the leading manufacturer of gas turbines for the aerospace industry, they believe that more than 50% of the jet engines will be made using 3D printers in the coming few years. 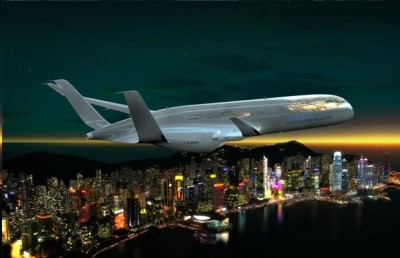 What are the characteristics and the game changing assumptions for this industry. The top five answers for most industry specialist are certainly related to cost and reduced use of material and labor, the ability to produce goods on demand without the need for inventories and bringing the production closer to the consumer.  3D printing process creates almost no waste in comparison to traditional production methods, which will not only save costs but provide a way to reduce the burden on environment.

The implications for on demand production, mass customized product lines are vast. Current household names like Nike or Adidas are currently sending prototype models into a manufacturing location, where the goods are made and packaged and then shipped into 200 countries world wide. This model is likely to change into sending design files of the product into 200 countries directly where the goods are being made locally, avoiding reliance on global supply chain altogether. This will not only reduce the carbon footprint, but allow mass customization in a large scale

Further macroeconomic implications are already visible in countries like the US where the government is bolstering their support on 3D printing initiatives and clearly wanting to reduce their dependence on Chinese manufacturing for their domestic industries. This will also allow US, and any other country for that matter, to focus on innovation and exporting intellectual properties with environmentally friendly processes.

The ecosystem around the 3D printed opportunities is growing fast and we are now witnessing a host of new ideas taking place from bio printing into constructing housing for the developing nations. This technology is touching every part of the economy in some ways and it is clearly here to stay. The only question remaining is how long will it take for us to reach a point when we cannot imagine the world without 3D printers – exactly as we do with other technologies like mobile phones today.

For anyone interested in having a more in depth look in the implications and market dynamics of 3D printing, we recommend having a read on the Atlantis Council’s Strategic Foresight Report from October 2011.

We continue to bring you the latest and greatest of the 3D printing innovations news on this site so stay tuned!