Measuring size can mean very different things depending on the perceived context and subjective focus. From evaluating an object’s physical size to understanding the cultural or technological impact of an abstract vision, the question is omnipresent in our performance-focused post-industrial climate. But – no matter how you look at this issue outside the semantic question more interesting to the linguistic researchers, this week has already brought big tech news from around the world, with Elon Musk’s Hyperloop alpha plans leading the supersonic way. 3D printing, though only starting to see its days of glory in the distance, wants to go all out and enjoy more (positive) media coverage to push its agenda of a new way to look and make things, even without a billionaire inventor behind it.  In this case, instead of pure speed, the next manufacturing paradigm’s focus is on size and collaborative effort. 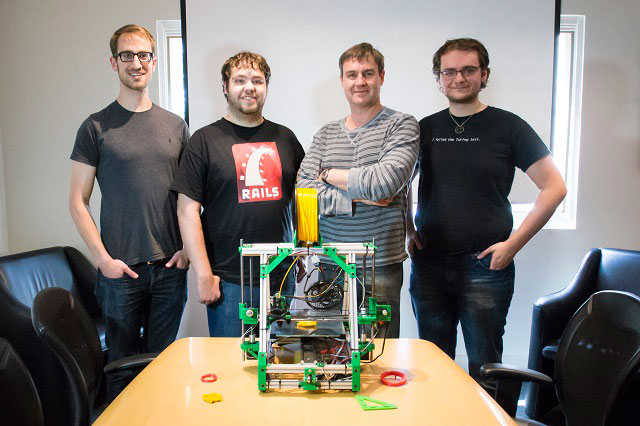 The question, which is not exactly lacking ambition either, the PrintToPeer team pictured above is asking, is what would happen if all the 3D printers of the world participated in creating the world’s largest – and crowdsourced in its most pure form – interconnecting sculpture, appropriately named Linked. The Canadian start-up, whose mission is to ultimately “make 3D printing accessible through a web-based printer remote control and monitoring app,” is using this project to launch its way in to the corporate world and potentially gain some significant mindshare of its potential customers whilst doing so. To further ensure the success of this quite personal launch strategy, the company teamed up with artist Jeff De Boer to create the concept behind the evolving piece of art. 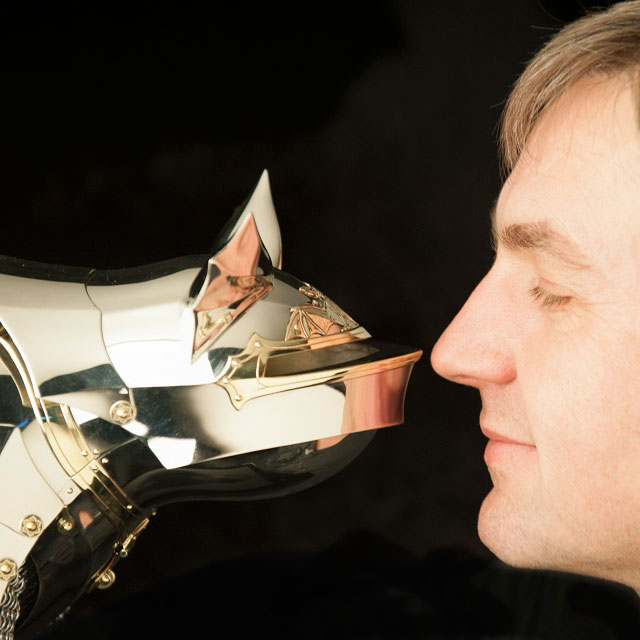 In practice, 3D printer owners around the world are given a challenge of personalizing a simple medallion design, print it out and then send it to the team in Calgary where they will ultimately be connected to each other to create the final form of the artwork. The co-founder of the company, Tom Bielecki, sees the entire Linked-process being a very non-discriminatory and participatory one as such: “We’re able to take our artist’s vision and allow anyone in the world with this technology to be the sculptor. We’re excited to demonstrate the endless possibilities and limitless creativity of the community,” he states.

Creating potential added value not only amongst and for private individual makers, designers and tinkerers but also for companies with office facilities improved by 3D printers’ machine-esque beauty, the modified designs are allowed to include logos and other distinctive features as well as showing off the designing skills of the participant. 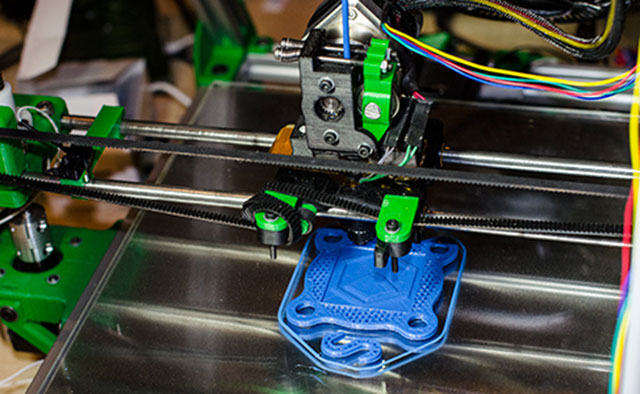 The aspiring 3D printer designers can participate with their own contributions until September 7th, with the actual final creation process taking place between  September 11th to 14th when the sculpture is assembled during Calgary’s Beakerhead festival of art, science and engineering. The final artwork will be displayed at the Calgary Maker Faire on September 14th at the Alberta College of Art and Design (ACAD).

To get involved and making your own medallion mark in the world, hit the source link to get started.