What does 2000 hours of design and testing by an Aerospace Enginieering graduate student get you? It you are looking for a 3D printer it gets you the Lathon, a large volume, fast, dual-nozzle, multi-material FFF printer priced at less than half the cost of a comparable machine.

That is what the recently launched Kickstarter campaign by Georgia Tech graduate Nohtal Alex Partansky is offering and, judging by the amount of details and precise descriptions included, he means business. 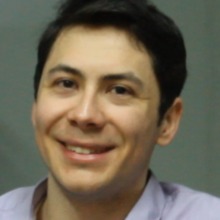 Early adopters can purchase a Lathon kit for as low as $1,400 and a fully assembled version for $2000 — not so shabby considering a comparable volume 3D printer (12” x 9” x 8”) will run well above $3000. The Lathon (in case you hadn’t noticed, Nohtal’s name  backwards), however, goes above and beyond just a large print volume.

The most interesting aspect is its dual-nozzle multi-material 3D printing capability. Partansky said he designed the machine with the dual nozzle in mind from the very beginning. This also means that he did not mount the stepper motor on the print head but gave it a Bowden style extrusion (which means there is a flexible guide guiding the filament from the extruding motor to the nozzle) to achieve speeds that are comparable to a Delta type 3D printer in a Cartesian type machine.

Simultaneous multi-material 3D printing (with support for up to 8 different materials) also opens up a broad range of interesting possibilities. One is the creation of  different colored objects (such as coloured multi-sided dice with white numbers) in one single print; another is the overmolded prototypes, with two completely different tactile feelings in one single object (for example by using ABS and rubber-like TPE). A third advantage of this technology is that it makes it possible to print supports using easily dissolvable materials such as HIPS, which dissolves in natural citrus extracts such as D-Limonene, and PVA, which dissolves in water. Insert Image: two color dice.png

In fact Partnasky paid a lot of attention to the usability and health aspects: giving the Lathon an enclosed build volume to ensure better printing outcomes, by making the materials less susceptible to exterior temperatures, while the activated carbon based air filtration system can drastically reduce the amount of ABS particles in the air, eliminating the familiar yet unpleasant molten plastic smell.

The enclosed volume is particularly relevant for 3D printing large objects as its assures that lengthy printing jobs can process without error: during its over 2000 hours design and optimization process, the Lathon was tested successfully for up 16 hours of continuous printing. With print speeds of 25 mm/s to 150 mm/s and minimum layer resolution of 80 to 320 micron that means you can use it to make some pretty large, and even wearable, stuff.