Your run of the mill sperm just doesn’t cut it anymore, now that German researchers from the Institute for Integrative Nanosciences at IFW Dresden have begun 3D printing “spermbots”. In the increasingly popular nanotech trend of using 3D printing to create tiny medical devices, the German research team has created micromotors to give poorly swimming sperm the chance to get to the egg for fertilization. 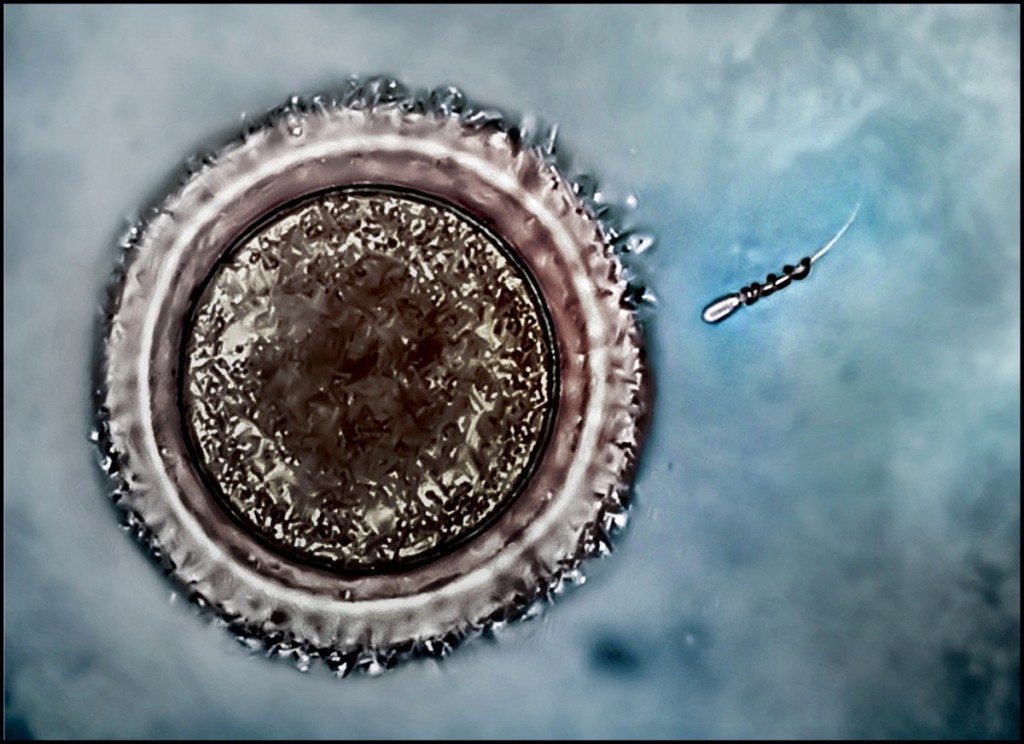 With about one-third of fertility issues tied to the male partner, low motility of sperm can be a crucial factor. To tackle this issue, the IFW Dresden team theorized the invention of spermbots that could carry the sperm to the oocyte with greater speed. Then, to turn the theory into a physical reality, they had to rely on one of the few machines capable of printing at the nanoscale. Using Nanoscribe’s Photonic Professional GT System, the team 3D printed small metal helix shapes which can be controlled with a rotating magnetic field and, when magnetically slipped around a poorly swimming sperm, can carry a sperm to its destination.

Nanoscribe’s two photon polymerization process 3D prints objects at the nano- and micro-scale by focusing the dual-photon laser at a resin bath.  First creating the helices from this photopolymer, the team was then able to coat the prints in a thin metal layer, to enable magnetic control. The research, published in ACS Journal Nano Letters, has proven successful in the lab.  Just watch the bionic sperm in action below:

While the printed motors worked well in the lab, the researchers have their sights set on use in humans, though it may be some time before we see actual human trials. Once we do see this technique practiced with humans, though, not only could the spermbots help those with poor sperm motility in creating offspring, but it could aid the processes of in vitro fertilization and artificial insemination.

This study is just one among a growing number of looking into the fabrication of small for medical treatments, many of which use similar 3D printing methods. An experiment by ETH Zurich, for instance, saw researchers 3D print helix shapes that could be used to deliver doses of medicine to a targeted location within the human body. And, at the University of Sheffield, scientists have developed a different approach for 3D printing devices for guiding nerve repairs. This latest report proves that the devices may be getting smaller, but the nanoprinting industry is only getting bigger.