Set on providing the maker community with accessible open source hardware projects, Wevolver has taken the DIY scene by storm with projects such as the 3D printed InMoov robot or their CNC-based motorcycle kit, the Tinker. Though many like to measure the importance of additive manufacturing (3D printing) and subtractive manufacturing (eg. CNC milling) in comparison to one another, in reality, both technologies can be used to complement, and even sometimes, enhance one another. This is evident in the latest news ‘wevolving’ around the Tinker bike, which claims that 3D printed carbon fibre “trick parts” could be included in the design of the city version of the motorcycle, which will come equipped with more storage space for Tinker motorcycle riders. 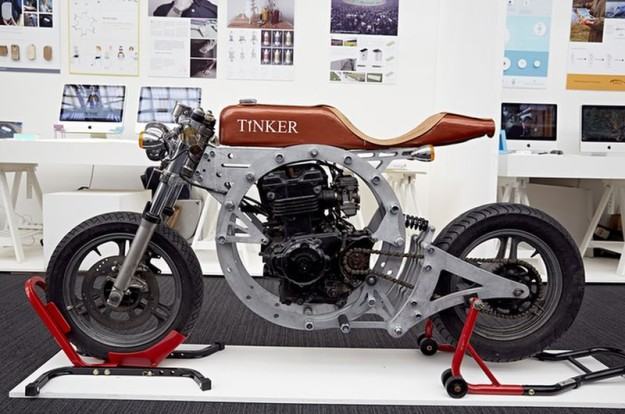 Still, it’s important to note that 3D printing will only play a supporting role in the redesign of the Tinker, which is heavily dependent on other CAD-based manufacturing technologies outside of the 3D printing realm. Designed by Jack Lennie, the Tinker takes advantage of the lowered cost and CO2 footprint that comes with manufacturing with other CAD-driven machines outside of the 3D printing realm, such as CNC milling. Still, most of the tools needed to build the Tinker motorcycle kit can be found in you average Makerspace. Details surrounding the city version of the Tinker, which is said to come with 3D printable carbon fibre parts within the design, are still spare as of now. 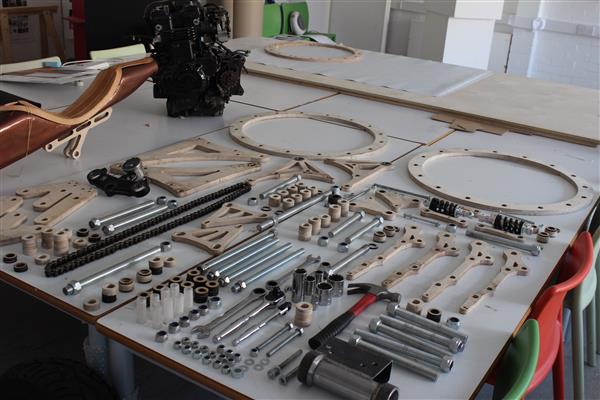 It also remains unknown whether or not these 3D printable carbon fibre parts can be manufactured on a carbon fibre-based desktop 3D printer, such as the $5,499 Markforged Mark Two. If not, makers may have to turn to a more industrial process to produce the 3D printed “trick parts”. But still, you have to imagine that anyone taking on an ambitious, yet thrilling project such as the Tinker motorcycle, will have a Makerspace and many tools at their disposal. Not only is the bike modeled with material cost in mind, but Lennie was also sure to design the Tinker to be put together without the need for complex and specialty tools, making it an ideal project for any experience level (so long as you have the necessary tools).

“Tinker is designed in such a way to create a striking, unique aesthetic that remains balanced and aesthetically pleasing no matter what engine within its long list of compatibility is fitted,” Lennie writes on the Tinker project page. “Designed to be put together with simple, non-specialist tools and to allow maximum customization, Tinker is a bike for the beginner, weekend shed builder, enthusiast or professional builder alike; allowing for a custom bike tailored by the user, for the user.” 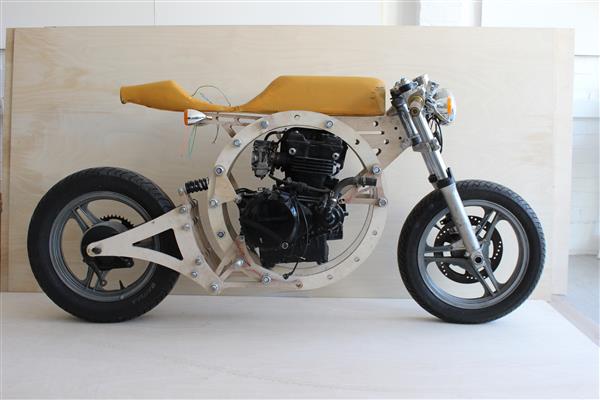 The Tinker motorcycle is capable of reaching speeds ranging anywhere from 70-140 mph, and is said to exceed road safety standards around the world. As someone with a box-sized New York City apartment and a desktop 3D printer, I don’t think I’ll have the opportunity to mill myself a Tinker motorcycle, but it’s exciting to hear that 3D printing technology will likely play a role, however minor, in the next iteration of the Tinker motorcycle kit.