MAKI is quite an appealing humanoid robot project currently sourcing funding on Kickstarter. The idea behind the concept is that MAKI can be downloaded and then replicated using a 3D printer. The company behind MAKI is Hello Robo, a robot design company that focuses on building robots operating in the human environment.

MAKI was designed specifically to be 3D printed, and in order to accomplish this Hello Robo has built their Kickstarter campaign. Their first tests were not without trial and error, but they managed to 3D print MAKI using 3mm ABS filament with a Rapman 3.2 3D printer.

Comprised of six AX-12 Dynamixel Actuators, an Arbotix Robocontroller, ZigBee Wireless, and a USB Webcam, MAKI is compatible with the most commonly used software for this purpose, including ROS, Pypose, Roborealm and Arduino IDE.

A PC is however required for higher level functions, for example using RoboRealm for object tracking. Users with higher skills with ROS, can utilize the arbotix_python package and give MAKI actual intelligence! 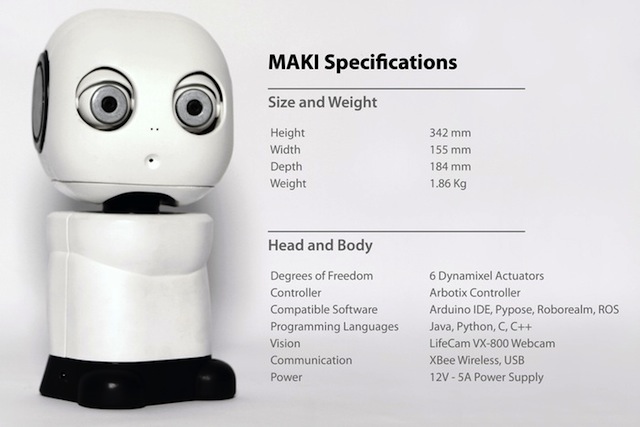 MAKI is suitable for educational purposes too. According to Hello Robo “Children gravitate to robots, which makes them a perfect educational tool. From printing to assembly and final programming, a school robotics program generates interest in applied Mathematics and Science.“ 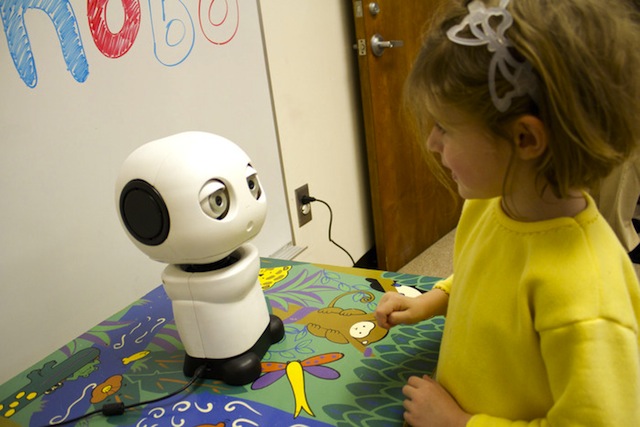 The MAKI project is definitely an interesting one, and surely interest in robotics will only increase as they become more popular in the future. However, there still seems to be certain steps that probably need to be overcome before MAKI is ready for an average consumer. Firstly, all the parts have to be printed individually, which isn’t really an issue if you have a 3D printer and know how to operate it. Secondly, the parts then need to be painted, and some of them might require light sanding prior to that. And finally all the parts need to be assembled together.

To date, the MAKI Kickstarter campaign hasn’t received much backing. With little over $2,000 pledged of $30,000 goal and only 8 days to go, it seems that the Hello Robo team may have to re-group their pitch, or think of another way of raising funding.