Inside 3D Printing is heading back to California, bringing the West Coast version of 3D Print Week and the world’s largest expo and conference related to 3D printing in tow, along with new features, companies, and speakers. So, if you’re in the Santa Clara area and looking to make important connections, all while getting up to date on the industry, 3D Print Week California may be the event for you.

At Inside 3D Printing Santa Clara, taking place October 20-22, 2015 at the Santa Clara Convention Center you’ll have a chance to hear talks from newly announced keynote speakers Scott Summit, Design Director of 3D Systems; Benjamin Schrauwen, Director of Spark Platform and Products at Autodesk; and Richard Garrity, VP & General Manager of Vertical Solutions at Stratasys. The MecklerMedia event will also feature another consultation with industry-leading analyst Terry Wohlers, giving attendees a one-of-a-kind chance to hear from the man behind the essential Wohlers Report, currently being sold at 3DPI.

On top of that, the Santa Clara show will include two new aspects, previously unseen at other Inside 3D Printing events.  MecklerMedia has launched a new format for the show, dubbed “3D Printing Tracks within Inside 3D Printing,” which allows attendees to purchase track passes for specific 3D printing verticals – including art, business, manufacturing, medicine, metal, scanners, and others – or to purchase Gold or Silver Passports for access to every speaker. More exciting to me, personally, is the introduction of the Virtual Reality Summit on October 21, which will give attendees an understanding of the nascent field of virtual reality, an important component of the growing mixed reality ecosystem. 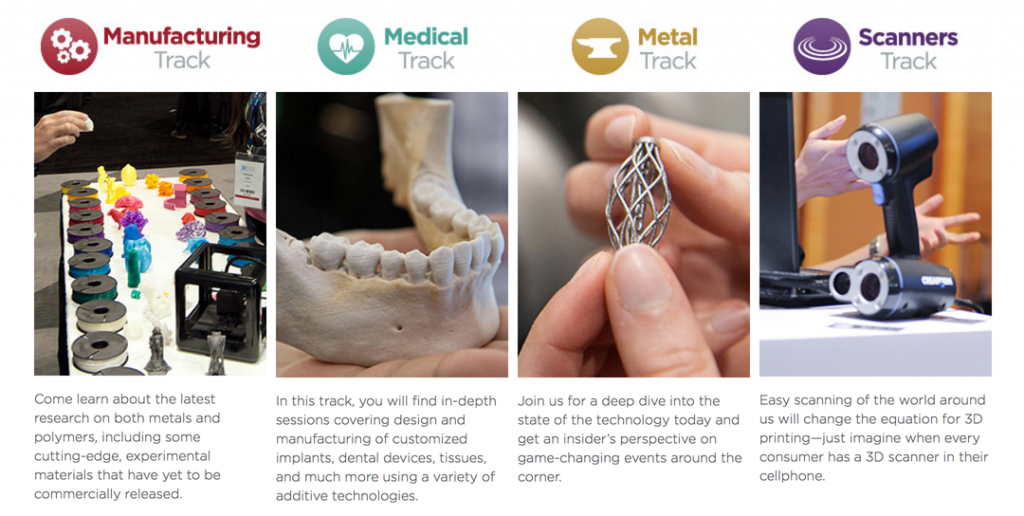 Also at the event is the Inside 3D Printing Startup Competition on October 22, which, this year is being co-hosted with early-stage technology venture capital firm Asimov Ventures.  With 5-10 startups competing, one winner will be awarded a $15,000 uncapped convertible note from Asimov Ventures.  Seeing that such startups as 3D Hubs, Wiiv Wearables, and Osiris Biomedical previously won Inside 3DP startup competitions, you may just see the next big 3D printing company emerge from the event. To enter, email 3[email protected]

The whole mega-week kicks off October 19th through the 23rd, with 3D Print Week California events taking place throughout San Francisco and Silicon Valley, including the 3D Print Design Show on October 21-22.  And, right now, MecklerMedia is offering tickets at early bird pricing until August 26.  Enter the code “3DPI” and you’ll get an extra 10% off.  So, register now while you can; it will definitely be worth it!