3D Hubs has made a huge impact on the 3D printing industry, ushering in a new production paradigm made not of centralized corporations with heavy polluting manufacturing plants, but of distributed mini factories owned by individuals.  Gradually adding 3D printer owners over the course of its almost two year existence, 3D Hubs has just added its 10,000th 3D printer. 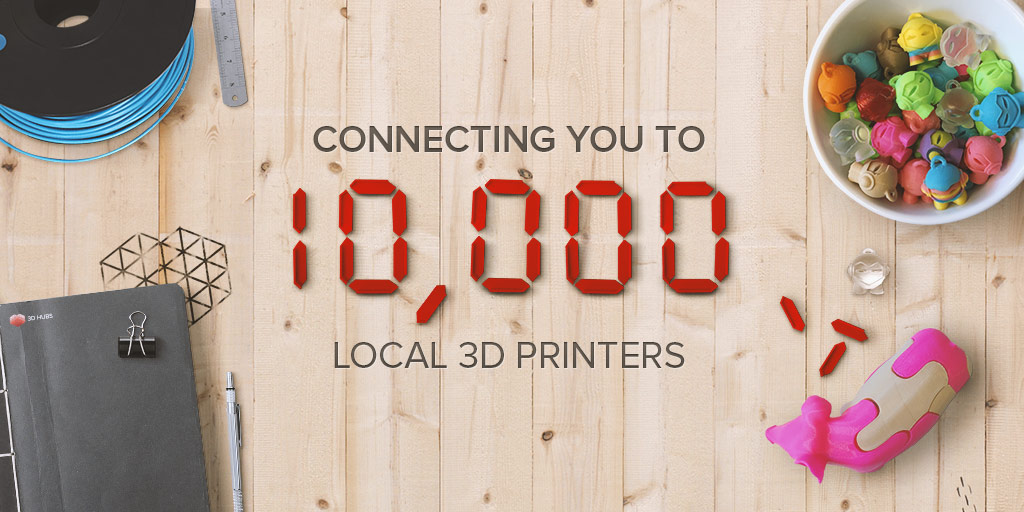 In a blogpost celebrating the event, the company explains: “In one year we have grown from 2,500 to 10,000 3D printers, making 3D Hubs the worlds largest and fastest growing production network. Thanks to you, over 1 billion people now have access to a 3D printer within 10 miles of their home.”  This comes after 3D Hubs raised $4.5 million in Series A funding in the fall of last year, allowing their team to spread from Amsterdam to New York.  The company also continues to make powerful partners, such as Autodesk, and explore methods for the distributed production of mass customized products, like Fairphone’s 3D printed smart phone cases.

Thanks to companies like 3D Hubs, we may witness a completely new way to produce goods in the near future.  As soon as Voxel8-type electronics printers are put on the 3D Hubs map, it will become possible for people to purchase complete electronics from local Makers, once again connected consumers with the products they consume and, perhaps, lifting people from their couches as newly formed prosumers.  With that said: Congratulations, 3D Hubs! May your efforts improve the world!