One Year In, 3D Heights is Launching a 3D Printing Academy Online Project

Last year around this time I was considering opening up a 3D print shop. To do that I looked up those who had done it already: in the US, apart from the MakerBot stores, the first 3D print shop was 3D Heights in the Washington Heights neighborhood of Manhattan. I remember that I even called Jerry Castanos, the ex-soldier who decided he wanted to bring the 3D printing technology he learned about in the army to the masses, and asked him about his own experience.

Now it has been a exactly a year since they opened up shop and, after the 3D Heights team celebrated this first anniversary with an in-store party at 4084 Broadway, they are getting ready to start the new year with the launch of the 3D Heights 3D Printing Online Course Academy. At this point the project is a draft on Kickstarter but the concept is clear: Jerry and his team want to use all of the knowledge and experience they have acquired working and 3D printing during these last 365, 18-hour work days and help widen their reach.  As well as the knowledge of what is possible with these technologies. 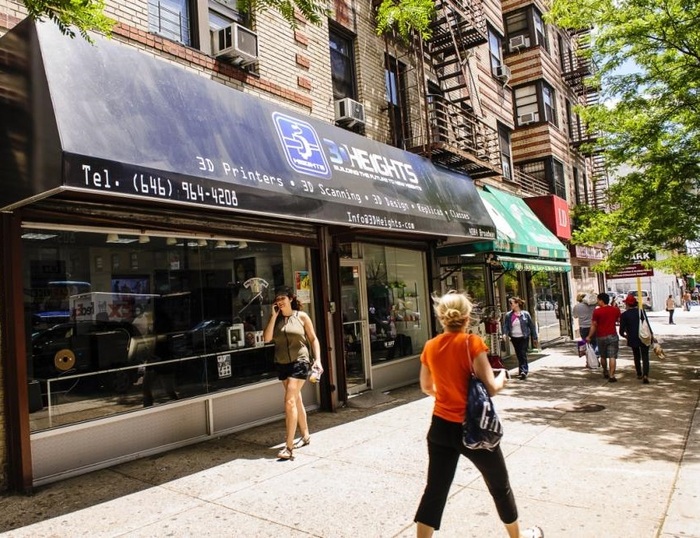 Teaching and organizing courses and workshops has been one of 3D Heights core activities from the very beginning and continues to be a strong driver for the shop’s growth. In fact, Jerry told me that, as recently as the last week in December, they were teaching about the possibilities of 3D printing to children hospitalized at the New York-Presbyterian Hospital.  Jerry said that his team was moved by the passion that the kids showed when they realized that they could use 3D printers to make just about anything.

Through the 3D Heights 3D Printing Online Course Academy, people will have access to courses on 3D printing, 3D scanning and 3D design via video, documents, live one-on-one assistance and online exams. Jerry’s main objective is to make sure that the rapid development of professional and industrial 3D printing technologies does not create a gap too wide to close between the public and the technology. 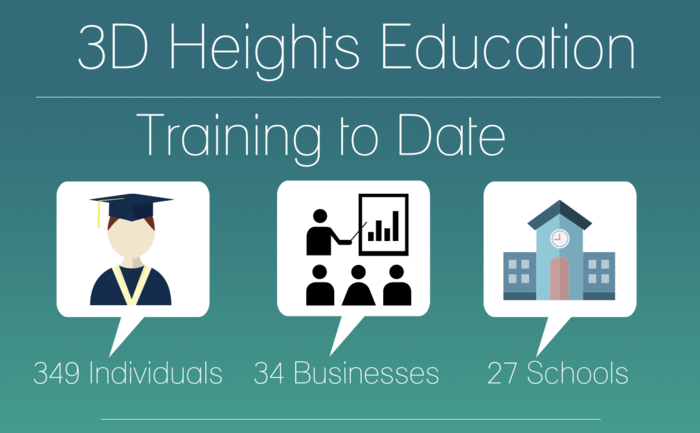 As said, the project is still ongoing and the 3D Heights team is open to suggestions on what to do and what rewards to offer in order to make the campaign more successful. As of now, an $80 contribution will get you into an Early Bird Class for a six month “all you can learn” deal on 3D printing, 3D scanning, 3D design and the business around it. The $300 deal will also get you one-on-one consultations with an expert, while the bigger packages (from $3,500 to $10,000) focus on the possibility to purchase the course package for entire classes and schools.

While MakerBot, Printrbot, the America Makes initiative, and more are all working hard to bring 3D printing into American schools, desktop 3D printing, in general, is now at a very peculiar phase where it is accessible enough that anyone can master it fairly rapidly and yet complicated enough that it requires some external aid to become completely familiar with the technology. This is a great opportunity for those – like Jerry and his 3D Heights team – who immediately understood the technology’s potential and now seek to extend this knowledge to many more people than their 3D print shop could have reached by itself.