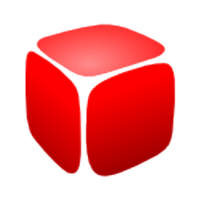 3DTin is a pioneer in browser based 3D Modeling. It started the development in bustling city of Mumbai, India, in March 2010. Later in the summer, 3DTin introduced the first 3D Modeling solution that ran in browser. Over a course of 3 years, it amassed a user base of more than 100,000 users. The users have built one of the largest repository of Creative Commons 3D models using 3DTin. The simple user interface of 3DTin has made it very accessible to 3D modeling beginners. This has helped many young students and enthusiasts who want to create 3D models for 3D printing. 3DTin is used in many schools for this purpose.

In 2013, 3DTin was acquired by Lagoa – a cloud-based 3D render solution. With this acquisition, the development moved to Montreal, Canada.